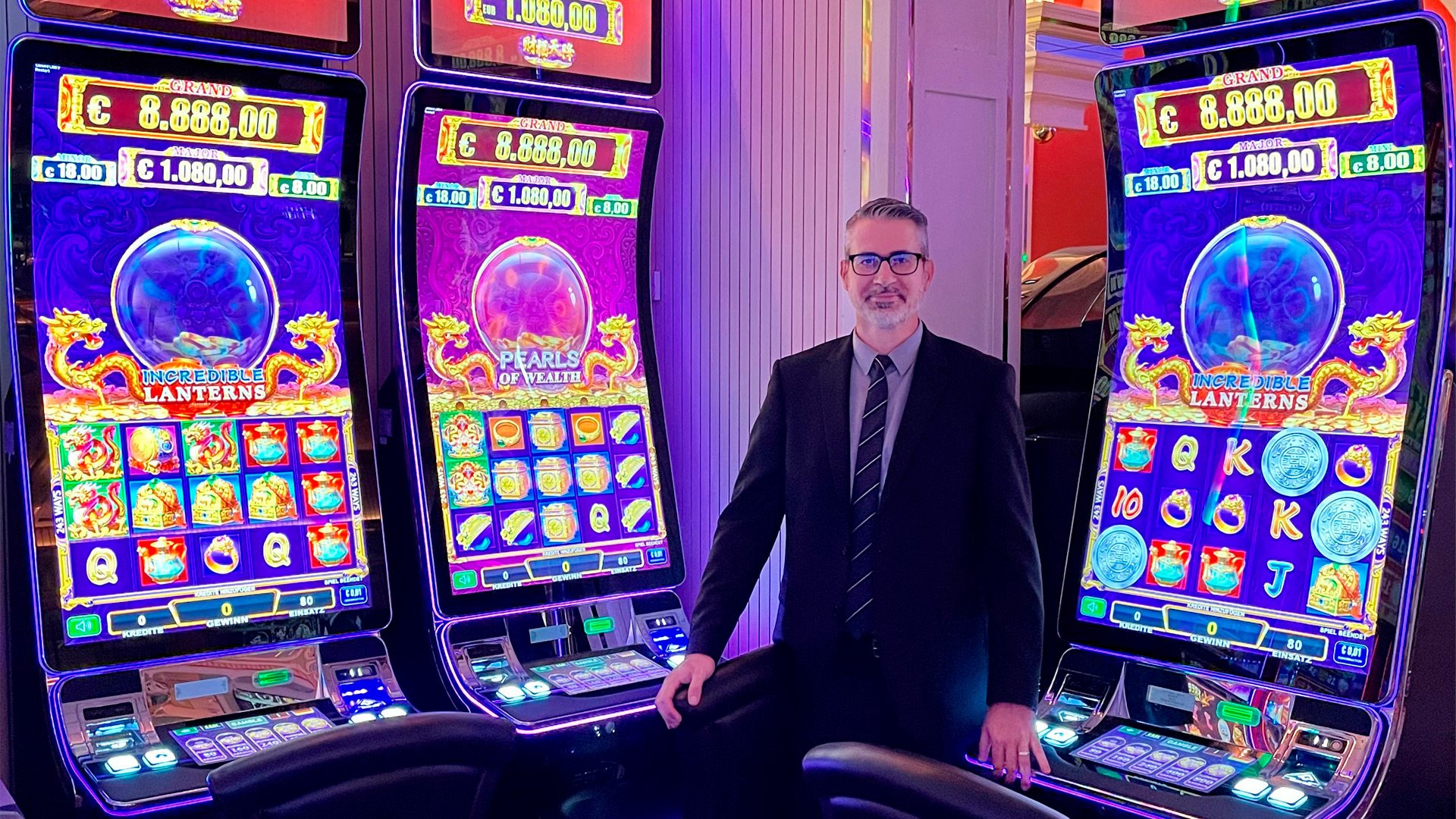 Gaming provider EGT announced Monday its brand-new Cai Fu Tian Jiang linked-progressive concept has made its German debut at Spielbank Bad Homburg, one of the country’s “most traditional casinos,” located in the state of Hessia.

The 50-inch vertical J-curved display with integrated touchscreen functionality and numerous ergonomic features provides “an unforgettable and bright gaming experience” which reaches its peak during the jackpot feature round, where players actively chase and turn Golden Coins for jackpots, bonuses and credit prizes.

Emilia Tomachinska, Managing Director of E-Systems, EGT’s long-term distributor in the German-speaking regions, said: “When we presented EGT’s new action-packed linked-progressive concept inside this beautiful looking new cabinet to the decision makers of Spielbank Bad Homburg, they immediately expressed their interest to add that strong combination to their casino floor.”

“Only a few months later we are very proud and satisfied to see that ‘Cai Fu Tian Jiang’ has quickly won the hearts of their players!”, she noted.

According to a press release by EGT, representatives of Spielbank Bad Homburg also expressed their happiness about the addition of Cai Fu Tian Jiang, which is already the second successful linked-progressive concept from EGT on their casino floor after Fu Gui Rong Hua was installed in 2017.

They also stated that all of EGT’s products – linked-progressives and multigames – are very well accepted “by their players in general, which is a serious achievement in the highly competitive German market,” the release noted.

This installation has strengthened the “fruitful long-term collaboration between Spielbank Bad Homburg and EGT & E-Systems,” which started all the way back in 2008 and has been growing ever since.

The company was present last week at the G2E Las Vegas show, at booths 2452 and 3352. Along with its products such as Premium Link, Lady’s Cards, and Sands Princess, among the company’s newest developments were Cai Fu Tian Jiang, 2 Happy Hits, and High Cash featuring only single games, as well as Bell Link and the multi-level progressive 9 Crystal Bonanza, powered by the platform Exciter IV.

EGT’s gaming variety was complemented by the multigames of the General and Power Series, as well as the Winner Selection 1 and 2 mixes, which are specially created for Latin American players. They were all available on the General Series slot machines.