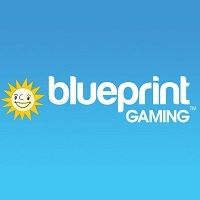 As we head toward the Cinco de Mayo holiday, we’re taking a look at the El Jackpotto online slot! A 5 reel, 3 row, 20 line game from Blueprint the features a Bonus Round and Bonus Spins, Wild and Scatter Symbols, plus a Gamble Feature and a Mystery Bonus! You can also play this wild game on your mobile device!

Players spin the reels to help our hero become the Ultimate Luchador! Typically he is a simple burrito salesman. But at night he becomes El Jackpotto! The gas filled Luchador who’s competing in Lucha Libre! Play through 5 Saucy Reel Modifiers and 5 Champion Bonus Rounds in this 20 win line slot extravaganza! Reach the Ultimate Luchador Big Money Bonus to win the big pesos!

The El Jackpotto online slot has 5 reels and 3 rows of symbols that appear on the side of his food wagon. Players will be hoping to see him slip into his wrestling attire as frequently as possible as this means you’ve triggered the Ultimate Luchador Bonus where one of five epic slot machine bonus games are awarded! However, reading about these bonus games is likely to leave you gasping for air much like El Jackpotto’s opponents when he has them locked in a vicelike chokehold… or lets go one of his green farts! Strong enough to re-arrange the symbols on the reels!

As Senor Burrito, the burly burrito salesman just loves to randomly pop out from his portable food wagon to give you a big surprise. Sometimes he will do this just to tease you before quickly popping back inside to prepare more tasty burritos, however, he could also squirt one of three sauces onto the reels or let rip with a big smelly fart. And those aren’t the only bonuses on offer as Burrito Spins can see Senor Burrito pop up completely at random throughout the base game to squirt some special sauce on the reels or to let rip with a big smelly fart for some exciting perks!

Check out other Blueprint Gaming titles, such as the Beavis & Butt-Head or the Stars Megaways online slot, right here on our website!