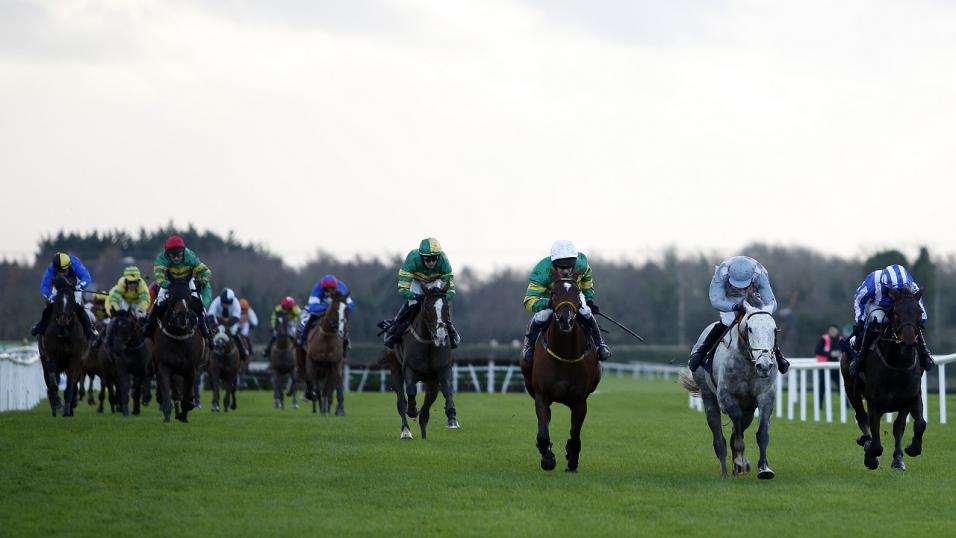 Porterstown can go the way of Elliott with Coko Beach

With Leicester and Carlisle both facing inspections, it’s a no-brainer to look at the action at Fairyhouse on Sunday, big fields, Grade 1s, Honeysuckle. What’s not to like?

Gordon Elliott’s Coko Beach looks to have excellent claims in the big field Porterstown at 14:05, a race he last won back in 2016 with the admirable Bless The Wings.

He produced a brilliant performance in the Thyestes last January to win going away by 4L with a top-notch round of jumping. He beat his stablemate Run Wild Fred in that, and he’s since bolted up by an even bigger distance in the recent Troytown.

Blinkers made a big difference to him last term, and really marked him down as an improving stayer. His win the Ten Up Novice soon after his Thyestes romp wasn’t that impressive, but the nature of the race and the smaller field didn’t suit. He still won, but his jumping wasn’t as assured and should be better running at a faster pace.

He could be an Aintree horse down the line and running over 3m5f today will be far more suitable than the 2m4f he faced against Envoi Allen last time. That looked a good prep to get him spot on for this. Eurobot for Noel Meade is interesting, but he’s about as quick as Don Poli and might need heavy ground.

Wolf looks a huge price for an each-way play

We have the Extra Place Special on the Sportsbook for the 21-runner Grade A Handicap Hurdle, with nine accounted for from Willie Mullins and Elliott. So that’s half the field.

Gavin Cromwell has an interesting runner at a price as Wolf Prince looked too big at 16/1 initially, and he went out to 20/1 on Saturday night.

He is a fairly strong traveller when he gets it right, and while he stays 2m2f to 2m4f well, the drop down to 2m in a big field at pace should suit his style. He also has form on good ground, which might not suit a few of the others.

The hurdler was placed in a couple of Grade 2s last winter and I often like the angle of graded form dropping into handicaps in these big races. Although the big two trainers probably have about four each.

He has 5lb taken off with his rider James O’Sullivan to ease the rating of 142. There a few big prices on my shortlist, with Jiving Jerry a hardy horse who likes good ground and travels well. He could be a nice trade as the ground will suit him, while Sit Down Lucy was unlucky at Bellewstown in September and has improved since, but she looks the type that could have her big day at the end of December and rewards for her twin efforts since the unseat with the mares’ program for some payback on that Bellewstown mishap. Those two are 16s.