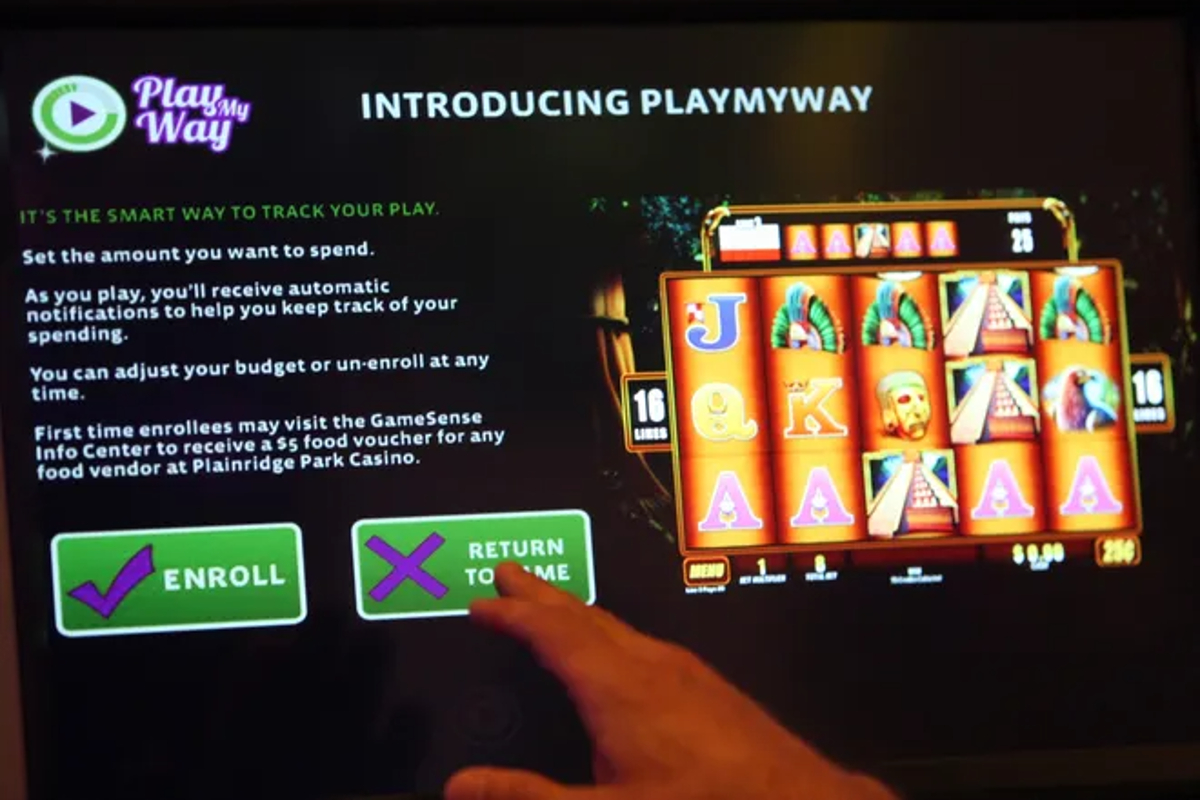 The Massachusetts Gaming Commission (MGC) this week announced that the Wynn Resorts casino has joined MGM Springfield and Plainridge Park in implementing the responsible gaming software for its slots and electronic games. Encore’s terminals now come with “PlayMyWay,” a voluntary budgeting tool that players can use to help keep their play fun and entertaining.

PlayMyWay is part of Massachusetts’ GameSense program, the responsible gaming strategy first conceived by the British Columbia Lottery Corporation in 2009. When Massachusetts authorized commercial gaming in 2011, the state decided to leverage the GameSense program into its forthcoming industry.

Patrons at the three casinos in Massachusetts can enroll in PlayMyWay by inserting their rewards card into any slot machine or electronic game. Players are prompted to choose a voluntary daily, weekly, and/or monthly budget to track their casino spending.

As the player inches closer to their self-decided limit, the slot or electronic game will begin issuing prompts to the player that they’re reaching their spending limit. Players can adjust their budget at any time and also override the notifications.

A little more than a decade after Massachusetts legalized commercial casinos, the state has accomplished its goal of becoming the first state in the US to incorporate responsible gaming software into every legally operated slot machine.

Responsible gaming is always front of mind in all the work we do at the Massachusetts Gaming Commission, and PlayMyWay is another tool to help patrons keep their gambling safe and fun,” said MGC Chair Cathy Judd-Stein. “The launch of PlayMyWay at Encore Boston Harbor marks a completion of the MGC’s goal of offering a uniform platform for slot machine players to set a budget and track their play at any Massachusetts casino.”

While GameSense was first developed in British Columbia, the MGC’s GameSense team is responsible for the creation of the PlayMyWay safeguard. Plainridge Park was the first to bring the budget tracking software to its slot machines in 2016. MGM Springfield followed in April of this year.

State gaming regulators say the PlayMyWay program has been a success. The MGC reports that almost 32,000 casino rewards members have taken advantage of the responsible gaming offering.

Gaming manufacturers IGT and Light & Wonder worked with GameSense and casino gamblers in Massachusetts to develop the PlayMyWay software. The play management software component, the MGC says, is simple and easy to understand and utilize for both seasoned gamblers and first-time casino patrons.

Another key component of Massachusetts’ comprehensive approach to encouraging responsible play is the legal requirement that its brick-and-mortar casinos offer on-site educational outlets. Those are designed to inform players of the risks associated with gambling. Plainridge Park, MGM Springfield, and Encore Boston Harbor all offer GameSense Info Centers staffed by GameSense Advisors.

Marlene Warner, executive director for the Massachusetts Council on Gambling and Health, believes the state’s PlayMyWay program will further help limit irrational play for those who utilize the service.

“PlayMyWay allows players to voluntarily pre-commit to a spending budget and then adds helpful transparency to their spending in real-time, empowering them to make informed and healthy choices,” Warner said.

2022-09-14
Previous Post: Road to the 2022 Breeders’ Cup: Crucial Trio of Preps at Woodbine
Next Post: DraftKings Teamed with Amazon for Thursday Night Football