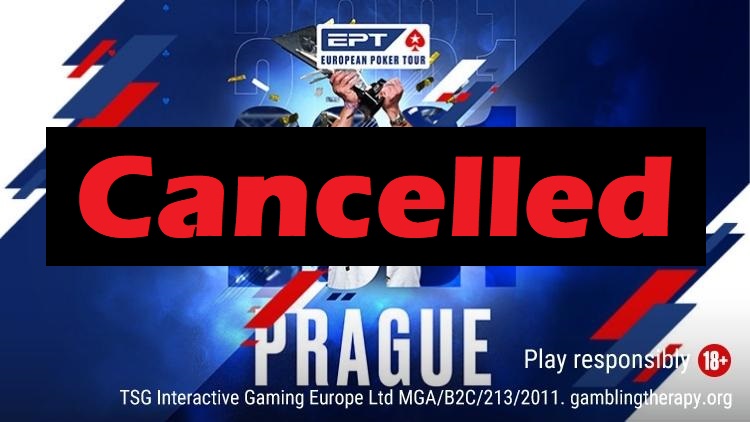 EPT Prague has been cancelled this year due the COVID-19 situation in the Czech Republic. (Image: PokerStars)

The European Poker Tour (EPT) festival was due to follow the WSOPE and run from December 8 to December 20. Now, however, the organizers will look to host EPT Prague at an as yet undecided date in 2022.

All involved were confident that the Czech Republic’s latest COVID restrictions wouldn’t affect the schedule. King’s Resort announced on Thursday that, despite a national state of emergency due to rising COVID cases, the WSOPE and EPT Prague would go ahead as planned.

The former was already underway when Czech Health Minister Adam Vojtech imposed new restrictions, including a 10pm curfew on casinos and capacity limits.

CardsChat spoke to King’s Resort on Friday and a representative confirmed that, barring a few adjustments, the WSOPE was going to continue as planned.

Hello Pierre-Jean. We are currently reviewing the ongoing situation in the Czech Republic and will be following the government’s guidance regarding EPT Prague. We will provide all players with a full update as soon as we know more. Many thanks!

They were also hopeful that EPT Prague could operate in a similar fashion. However, executives at PokerStars were quick to assess the situation and, after talks with their counterparts at King’s, they decided the best course of action was to postpone the event.

Anyone who has paid entry fees or won an EPT Prague package can contact PokerStars Live (live@pokerstarslive.com) to claim a refund. There may also be the option to transfer payments and packages to a later date.

Further details about when EPT Prague is going to happen will be released in due course. However, this is the second year PokerStars has had to postpone one of its most popular festivals.

The situation in the Czech Republic had been OK until this week. The government had made proof of vaccination mandatory in public settings but, by all accounts, Health Minister Vojtech was letting life carry on as normal.

However, a recent spike in COVID cases has spooked government ministers and a 30-day state of emergency was announced on Thursday.

The new restrictions came into force yesterday and many parts of the hospitality sector are now scrambling to adjust. As such, EPT Prague will no longer take place this month, but PokerStars is confident it will be back in the Czech Republic next year.