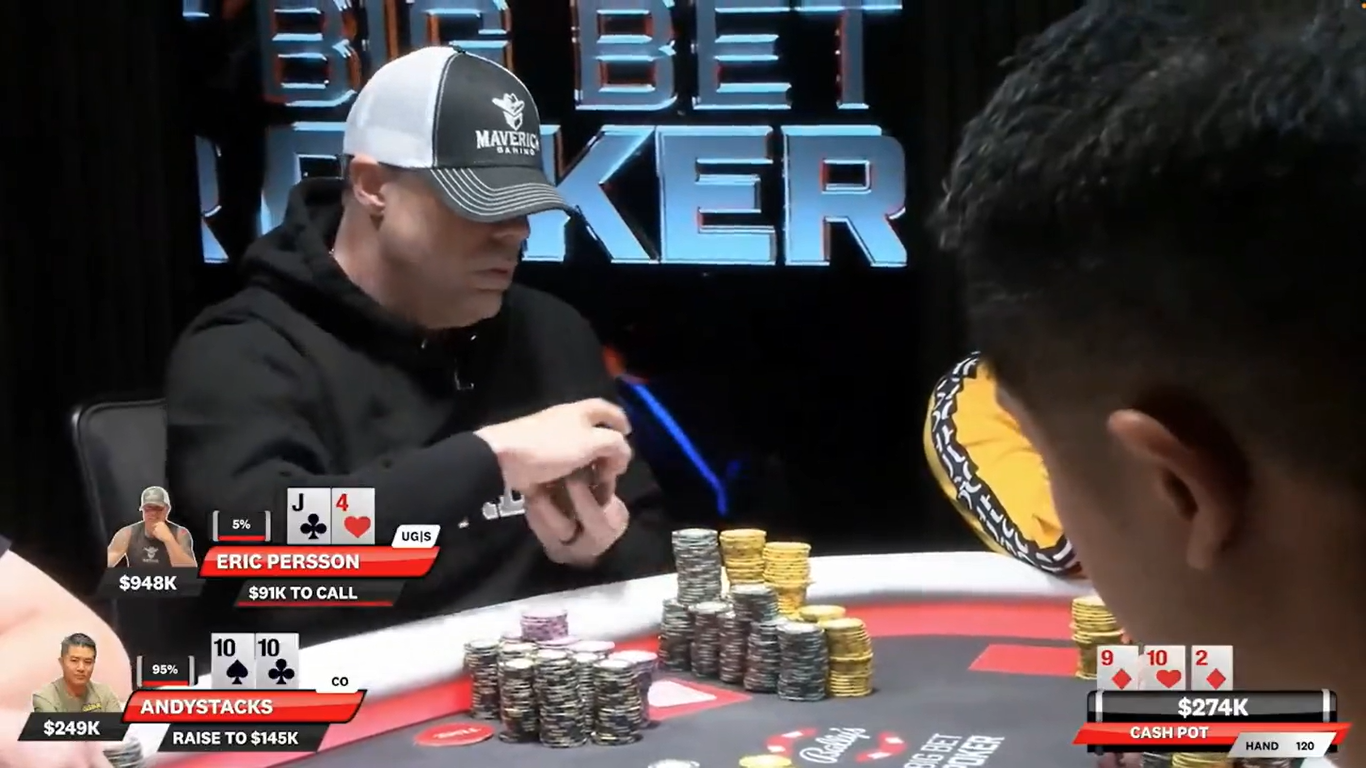 Eric Persson has played numerous massive pots in televised poker games the past year — won some, lost some. On Wednesday night, he was on the losing end of a failed bluff with the infamous J4o in what turned out to be the largest pot in Live at the Bike history.

The Maverick Casinos founder, who loves to let everyone know he owns 27 casinos, had quite a costly misstep playing “The Robbi” on Live at the Bike when he bluffed into the top set of Andy “Stacks” Tsai, a high-stakes regular on LATB and Hustler Casino Live. 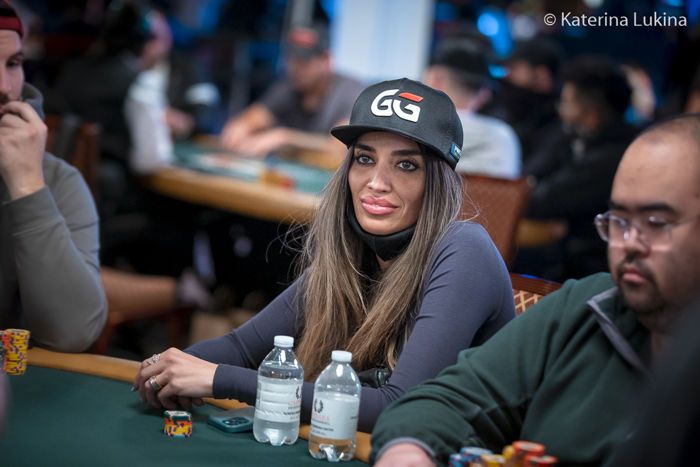 During the Sept. 29 Hustler Casino Live stream, Robbi Jade Lew made one of the most insane and controversial calls in poker history when she called off over $100,000 on the turn with nothing but jack-high against the semi-bluffing Garrett Adelstein, whose eight-high was inferior.

The call led to Adelstein immediately accusing his opponent of cheating and it sparked a huge controversy that was picked up by numerous non-poker mainstream news outlets.

Persson, who was seated next to Adelstein in the infamous HCL game, attempted to make a play with

on Wednesday night from the Parkwest Bicycle Casino in Los Angeles. The risky play didn’t exactly pay off. Well, at least not for him.

Largest Pot in Live at the Bike History

, perhaps a loose play. From the cut-off, “Andy Stacks” made the call with

, as did Tan with

and Matt Berkey, who was holding

in the small blind.

in the straddle, decided to get a bit frisky. The loose-aggressive casino owner bumped it up to $18,000. Everyone except the original raiser came along for the ride to see a

flop, which smacked Andy in the face and gave no other player any improvement.

Of course, Andy snap-called with the nuts. They decided to run it once, and when the

appeared on the turn, that ended any possibility of a backdoor straight coming in. The river was a

, which would have actually been a teaser card had it appeared on the river.

Persson would win some chips back before the seven-hour stream concluded, but still wrapped the session as the biggest loser at the table down $293,000. Andy, as you probably guessed, was the biggest winner with a $407,000 profit, essentially breaking even the rest of the night.

Future of Live at the Bike

According to Houston Curtis, the show’s executive producer, Live at the Bike’s stream will continue going forward, but the top hands from the sessions are already being edited for television on Bally Sports West for the new cable poker show Bally’s Big Bet Poker. You can view the season premiere below, which features Adelstein from a LATB episode that originally aired prior to the jack-four hand in September.

Curtis told PokerNews that Bally Sports will begin rolling out the new show nationally in 2023 but the official date hasn’t yet been determined. Bally’s Big Bet Poker will serve as the lead-in every Friday night for the World Poker Tour’s weekly programming.

There’s more than a strong possibility that the Persson-Andy Stacks hand will appear in a future episode of Bally’s Big Bet Poker.

2022-12-09
Previous Post: FanDuel partners with ONE Championship to bring martial arts events to FanDuel TV
Next Post: HISA By The Numbers: Crop Violations Found In Less Than 1 Percent Of Starts – Horse Racing News