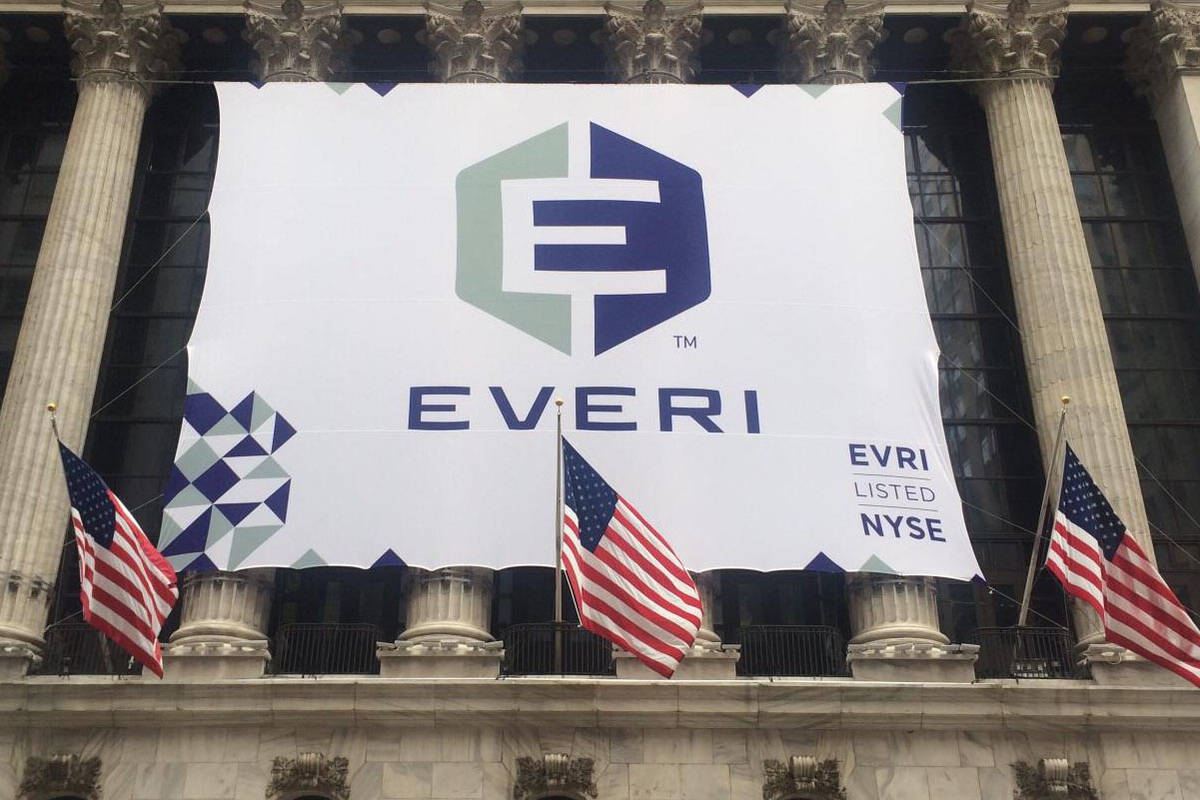 Everi Holdings responded last week to a lawsuit in a Texas federal court filed nearly two months ago by Sightline Payments. The Texas-based company seeks to dismiss the case or at least get it moved to Nevada.

Everi signage at the New York Stock Exchange. The payments technology company is seeking to dismiss a patent infringement lawsuit Sightline Payments filed nearly two months ago. If it can’t get the case completely dismissed, Everi is arguing Nevada would be the better venue for the federal case. (Image: Las Vegas Review-Journal)

However, in Everi’s response filed last Wednesday, John Artz of Dickinson Wright PLLC said that Everi Payments, which is the only Everi litigant involved with the product in question, does not have “a regular and established place of business” in the jurisdiction.

Only Everi Games Holding is in the jurisdiction, according to Artz’s filing. But he said that the four listed entities are not “alter egos” of each other.

In addition, Artz cited federal patent and copyright law, saying that any civil action should take place where the alleged infringement took place, or where the accused company is established.

Artz also noted that the jurisdiction picked has seen “a significant uptick” in patent lawsuits in recent years.

In the same motion, Everi said that if the entire case is not dismissed, then at the least, Everi Games and Everi Games Holding should be dismissed from the lawsuit.

Artz said that there is nothing that shows either of those defendants have developed, marketed, or used the cashless gaming solution.

In the lawsuit, Sightline listed the companies because it said Everi Holdings “publicly refers to” itself and its subsidiaries in the collective.” Sightline noted that Everi promoted a “digital neighborhood” at the Global Gaming Expo in October. That represented a complete suite of financial, consumer loyalty, and compliance products interested parties could buy as a suite.

In a statement to Casino.org Monday, Sightline Chief Legal Officer Jennifer Carleton said that Everi’s response did not “substantively address” the lawsuit’s claims.

Sightline claims that Everi’s CashClub Wallet uses systems that connect non-wagering accounts with gaming environments, and allow gaming systems to pull funding from those accounts. That is a solution Sightline said is similar to the platform it developed, based on technology the company’s three cofounders patented.

When Everi announced its cashless gaming solution, Sightline said it tasked its intellectual property lawyers to review the competition’s offering. That’s when Sightline said the infringements were uncovered.

Carleton added that Everi indicates it can’t refute the claims. She also indicated that Sightline would oppose moving the case.

“Everi was quick to denounce Sightline’s claims of patent infringement and commented that it would ‘vigorously defend’ against a lawsuit that Everi characterized as ‘without merit,’” Carleton said. “Despite these statements, Everi’s motion instead suggests that its senior leadership was somehow unaware of the actions of its wholly-owned subsidiaries. We look forward to further discussing this case in the Western District of Texas where there is clear standing given Everi’s operations in that jurisdiction.”

There is no time frame for when US District Judge Alan D. Albright may rule on Everi’s motion or Sightline’s complaint.

NOTE – A previous version of this article misspelled Jennifer Carleton’s name. We apologize for the error.