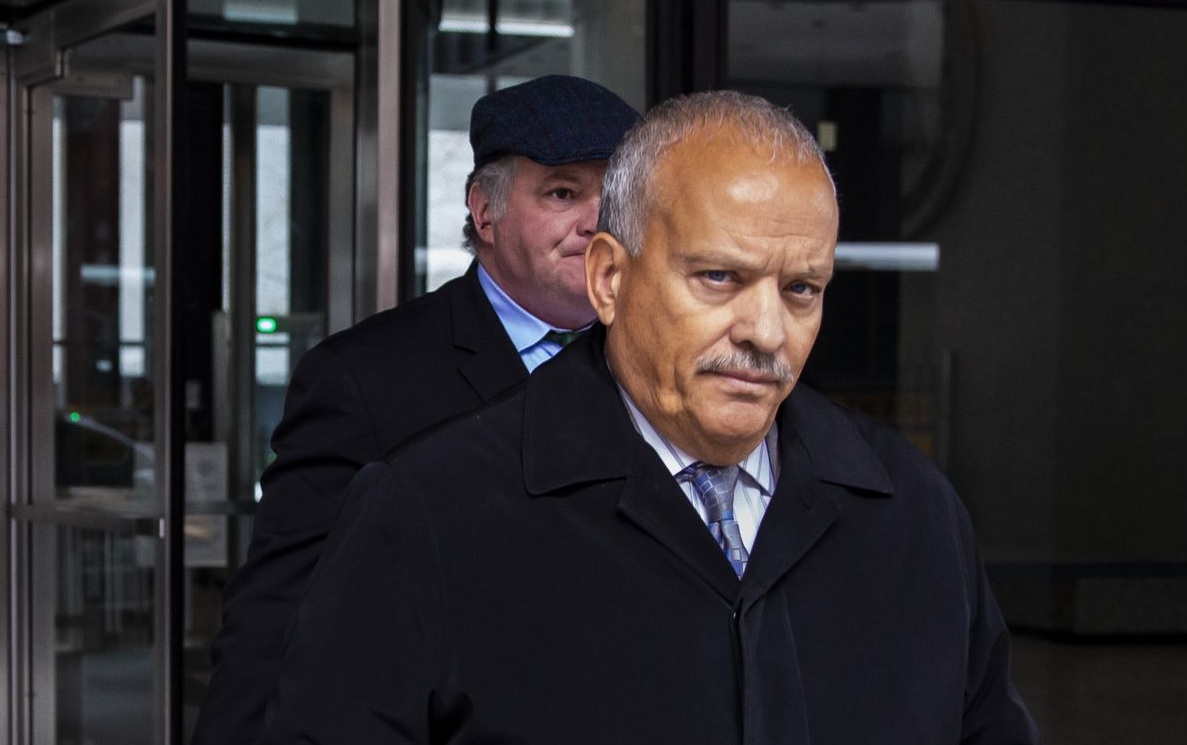 A former Illinois state representative has admitted to bribery charges related to his support of legislation beneficial to the state’s sweepstakes industry.

Former Illinois State Rep. Luis Arroyo shown arriving at a Chicago courtroom in October 2020. He tried to bribe a state senator who was cooperating with the FBI and wearing a wire, according to prosecutors. (Image: Ashlee Rezin/Chicago Sun-Times)

The lawmaker resigned from his position as assistant majority leader in the Illinois House of Representatives shortly after his arrest in October 2019. But he initially pleaded not guilty to the charges.

Prosecutors accuse him of accepting bribes from sweepstakes operator James Weiss and of conspiring with Weiss to bribe an unnamed senator for his support. The pair hoped to advance legislation that would have eliminated doubts about the legality of sweepstakes machines.

Are Sweepstakes Parlors Legal in Illinois?

Sweepstakes parlors operate in a gray area of the law in Illinois and elsewhere in the US. The games resemble slots or video poker. But the parlors push legal boundaries by selling a “service” or “product” – typically in the form of internet access or telephone cards.

They claim this complies with laws permitting free-to-enter promotional sweepstakes of the type you might find in McDonalds.

Prosecutors allege Weiss paid bribes totaling $7,500 to Arroyo via the lawmaker’s lobbying firm, Spartacus 3, which were not declared to state regulators.

The pair are also accused of trying to buy the support of a state senator, who is referred to in court documents only as “CW-1.” Unfortunately for Arroyo and Weiss, at the time, CW-1 was helping the FBI with its inquiries and was wearing a wire.

Arroyo was recorded handing CW-1 a check for $2,500 with the promise of monthly payments of the same amount if he agreed to back the sweepstakes bill.

According to court documents, the senator was cooperating with federal agents. He did so in the hope that the courts cut him some slack when he is eventually sentenced for filing false tax returns.

The Chicago Tribune has identified CW-1 AS State Senator Terry Link (D-Waukegan), who has since pleaded guilty to tax evasion.

Arroyo was a key backer of Gov. J.B. Pritzker’s capital spending plan to plow $45 billion into infrastructure investment over six years. This is to be partly funded by a sprawling gambling expansion package that included new land-based casinos, sports betting, and increased video gambling positions.

Since Pritzker signed the legislation, three lawmakers who supported the plan have been charged with federal crimes.