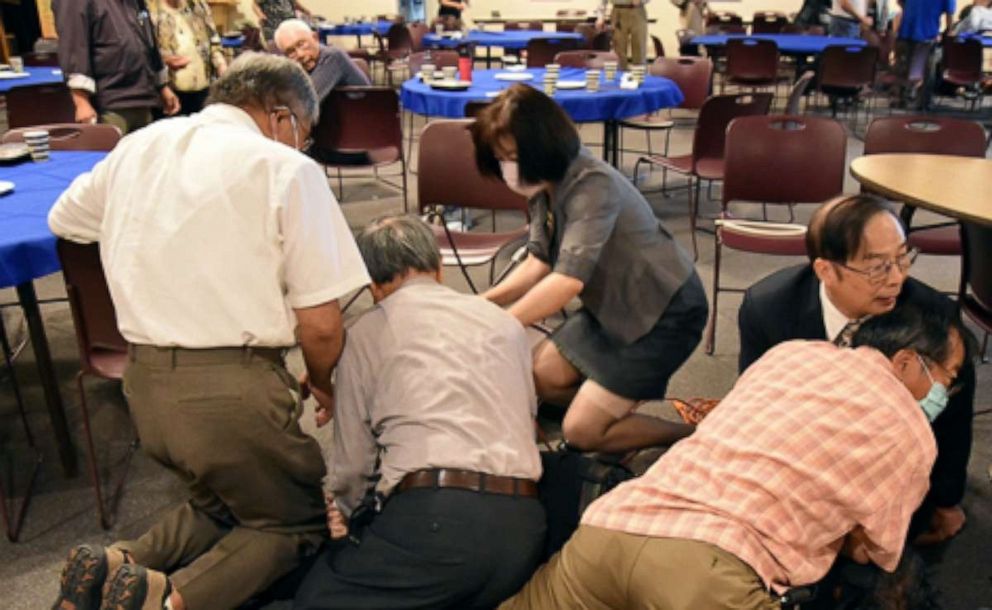 News of the additional charge was announced Friday by prosecutors in Orange County California. He also was previously charged with five counts of attempted murder. Other charges include four counts of possession of an explosive device, lying in wait, and personal discharge of a firearm causing death.

If convicted on all counts, Chou could face execution, the Los Angeles Times reported. He remains behind bars without bail. Earlier this month, he appeared in Orange County Superior Court.

Superior Court Judge Cynthia Herrera delayed his arraignment until Aug. 19. He has yet to enter a plea on the charges.

The hate crime charges require prosecutors prove the defendant has certain motivations. When Chou allegedly killed Dr. John Cheng, 52, in the church during the May 15 shooting, it was motivated by race, color, religion, nationality, or country of origin, the Times reported, based on statements by prosecutors. The shooting victims were mostly Asian and mostly of Taiwanese descent, the Times added.

Chou does not believe Taiwan should remain as an independent nation from China, authorities have revealed. Chou grew up in Taiwan, the Times added.

The Taiwanese congregation reportedly is in favor of Taiwanese independence. Services at the church used a Taiwanese dialect in liturgy, instead of the Mandarin Chinese dialect, the Times added.

Chou was armed with two 9-millimeter handguns, additional ammo, and four Molotov cocktail-type explosives during the attack, the report adds. He chained doors at the church.

When the shooting took place, Cheng and others at the lunch fought back. One person used a chair to subdue Chou. Chou also was tied with an electrical cord until police arrived.

Chou was once a security guard on the Las Vegas Strip, KSNV, a local TV station reported. It was not immediately known for sure where he worked on the major gambling thoroughfare.

One source told the Times he worked for a company that provided security at the Sands and Venetian casinos.

He possessed a Nevada security guard’s license, reports revealed. He worked for five security companies in Nevada between 2014 and 2021, according to a document published by The Reporter Times.

Chou once co-owned the apartment building where he lived, located near Twain Avenue and Decatur Boulevard, according to the Las Vegas Review-Journal. He later sold it. Chou may have been living in his car in recent months, KSNV reported.