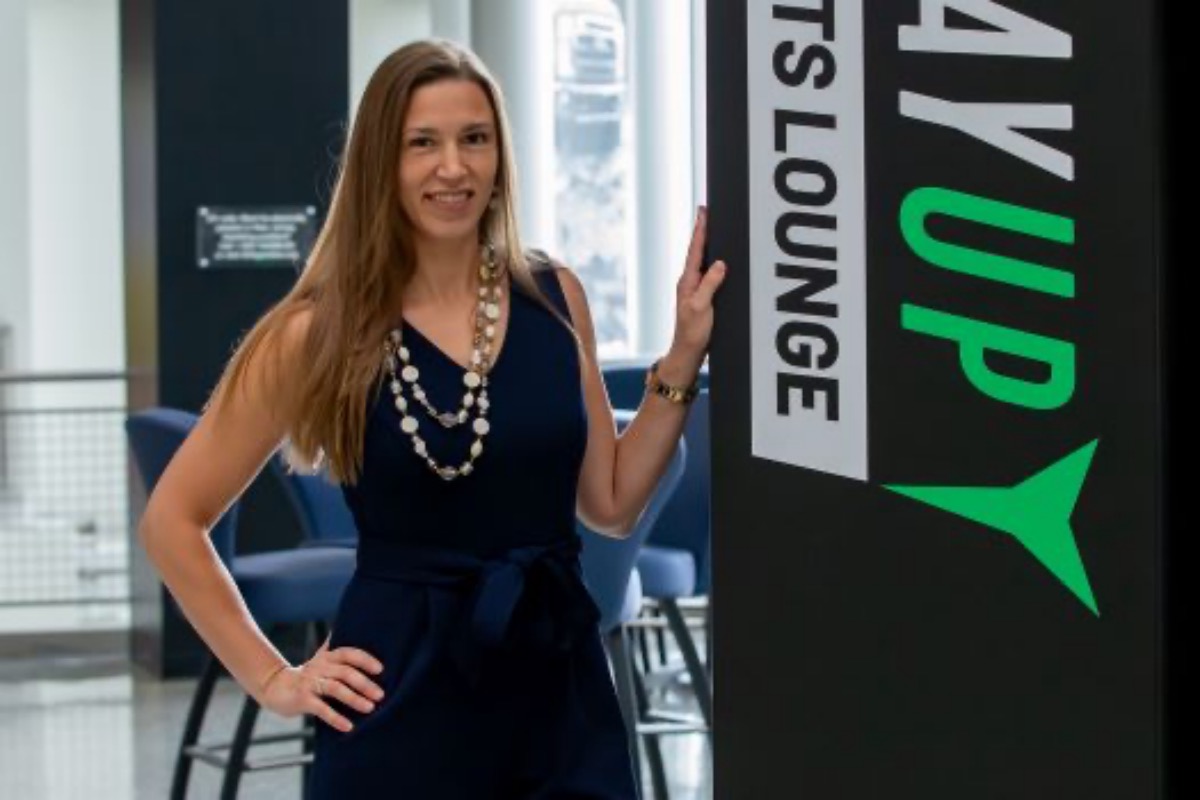 Former PlayUp USA CEO Dr. Laila Mintas filed a countersuit against her former employer in a Nevada federal court Friday. In the 39-page document, she accused the Australian-based online gaming company of perpetrating a fraud against the court and committing perjury when it “intentionally” withheld documents as it sought an injunction against her.

Former PlayUp CEOI Dr. Laila Mintas, shown at the PlayUp Lounge at the Prudential Center in Newark, NJ, has filed a countersuit against her former company in a Nevada federal court. (Image: PlayUp)

Mintas’ suit is the latest salvo in a bitter legal dispute that’s developed quickly over the last few weeks. On Wednesday, PlayUp, which operates sports betting apps in Colorado and New Jersey, was denied an injunction that would have forced her to adhere to confidentiality and non-disparagement clauses.

On Friday, Mintas submitted her formal answer to the lawsuit PlayUp filed on Nov. 30, the day her contract with the company expired. In filing her own lawsuit in response, Mintas described herself as a “whistle blower” who became a target of PlayUp Global CEO Daniel Simic.

Simic, who was named a counterdefendant along with the company, allegedly defamed Mintas after she said she refused to take part in a counteroffer to a company that considered purchasing PlayUp for $450 million. Mintas said that Simic wanted to add the sale of PlayChip, another company he partly owned, for $105 million plus seek $65 million retention bonuses to the proposal presented to FTX in November.

Mintas, who said she stood to make $25 million as a retention bonus, declined to take part in the deal. She also urged Simic not to make the offer. Eventually, FTX decided not to buy PlayUp, and in an email Mintas provided to the court last month, cited the additional requirements as part of the reason why it would not acquire PlayUp.

Mintas said she was told a deal to renew her contract was in place prior to the FTX decision, but after it fell through, PlayUp canceled a board meeting to approve the contract. Since then, the company has moved on and appointed Monmouth Park Chairman and CEO Dennis Drazin as its US chairman.

When PlayUp filed its suit against her, it claimed that she wanted to replace Simic as the company’s global CEO. The company also said she was the one responsible for undermining the sale to FTX by disparaging the company.

The lawsuit, Mintas claims, was a “desperate attempt” to keep shareholders from suing the company.

“Such an abuse of the course system wastes this Court’s limited time and resources,” the complaint stated. “The Court, as with Dr. Mintas, has been a victim of PlayUp Inc.’s scheme.”

In Friday’s filing, Mintas said that Simic made a sworn statement that the deal falling through was her fault even though he did not provide any evidence. Last month, Mintas submitted an email FTX sent to PlayUp officials indicating that the side deal Simic proposed caused negotiations to sour. She also provided an email from Simic that detailed the counter proposal.

Mintas said Simic had those emails in his possession when he made his statement.

PlayUp Inc. failed to provide these key documents, Simic’s email and the FTX email, to the Court and instead submitted false affidavits blaming and disparaging Dr. Mintas,” the countersuit stated.

According to Mintas’ filing, US District Judge Gloria Navarro said Mintas provided “substantial evidence” that she did not cause the deal to fail and that PlayUp failed to show Mintas tarnished the company.

Mintas said previously that she wanted to replace Simic as the company’s global CEO in an attempt to save the FTX deal. She also claimed that some of the actions of PlayUp corporate leaders would be “a very interesting story” for US and Australian regulators to investigate.

Despite Navarro’s decision, Mintas said PlayUp notified her that an Australian court has issued an order against her that forces her to adhere to her old contract’s provisions against revealing confidential information or disparaging the company. Mintas, though, said that order should not be enforceable because she’s not an Australian resident and that her contract called for any litigation to take place in Nevada.

Further, Mintas said that Simic and Raymond Gonzalez, another PlayUp representative, traveled to the US from Australia in late 2021 to conduct business for the company. That included removing Mintas as the company’s signatory on US bank records. However, the countersuit claims the two individuals conducted business in the States while on travel visas.

According to State Department guidelines, any foreign visitor traveling to the US for business purposes needs a B-1 business visa unless they qualify for a visa waiver.

Mintas said her reputation has been “irreparably damaged” due to the false statements the company has made against her. They also said the lawsuit has prevented her family, which recently sold its Las Vegas-area home, to move to the Bahamas as they had planned.

In her suit, Mintas seeks general damages, punitive damages of more than $75,000 and recovery of all legal fees.

A message left to PlayUp Friday night was not immediately returned.