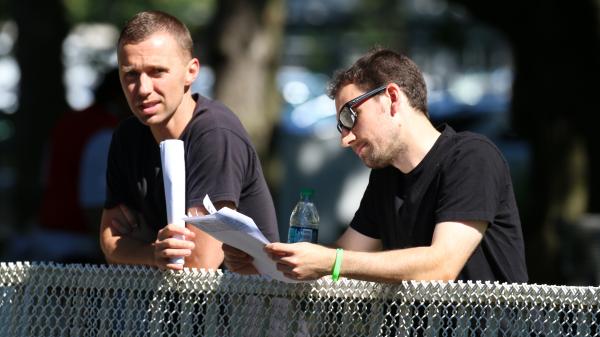 Exacta and Trifecta Strategy for Betting the 2022 Pilgrim Stakes

Like its companion race for 2-year-old turf fillies the day before, the $200,000, Grade 3 Pilgrim Stakes has been a productive prep race for the Breeders’ Cup and offers the winner an expenses-paid “Win and You’re In” berth in the World Championships.

The Grade 2 Pilgrim is a 1 1/16-mile grass race for 2-year-olds Sunday at the Belmont at The Big A meet that guarantees the victor a spot in the Breeders’ Cup Juvenile Turf on Nov. 4 at Keeneland. While the Pilgrim has not been quite as important a prep race as Saturday’s $200,000 Miss Grillo Stakes – a qualifier for the Juvenile Fillies Turf – it has served as a terrific springboard to recent success. Three of the last six winners – Oscar Performance (2016), Structor (2019), and Fire At Will (2020) – also went on to prevail in the Juvenile Turf.

The reality is that European invaders have dominated the Juvenile Turf since its inception in 2007 with 10 of 15 winners coming out of final prep races in Europe, but Pilgrim winners have taken 60% of the other five, so it serves as a key race.

This year’s Pilgrim drew 12 2-year-olds but zero stakes winners among them, and six of the 12 enter off maiden wins.

Strictly looking at credentials, #5 Battle of Normandy holds an edge. The City of Light colt comes out of a close runner-up finish, beaten by a neck, in the Grade 3 With Anticipation Stakes Aug. 13 at Saratoga. That race was on turf labeled good but I was a bit more impressed with his debut win on firm ground at Saratoga on Aug. 6, when he drew clear to win by 2 ¼ lengths. With some rain very likely this weekend, I worry a bit about softer turf for Battle of Normandy.

If you watch replays and track finishing fractions as I do, it’s tough to look past #10 I’m Very Busy. He flashed an electric closing kick in winning his career debut by 3 ¾ lengths Aug. 13 at Saratoga. According to Trakus data, he averaged an eye-catching 40.2 miles per hour in the final sixteenth of a mile with a final quarter-mile in a blistering 22.25 seconds and a last sixteenth in 5.63 seconds. Quite simply, the Cloud Computing colt was absolutely flying late.

I’m Very Busy faces a class test here and the chance for some inclement weather, but he looks like an exceptional talent for top turf trainer Chad Brown, who clicks at 28% with jockey Flavien Prat.

I’m also intrigued by #3 Major Dude making the shift from dirt to turf following an unplaced finish in the Grade 3 Sanford Stakes and a distant third-place finish in the Sapling Stakes Aug. 27 at Monmouth Park. Prior to his two stakes races, he won his debut on dirt in June at Monmouth.

Major Dude is from the first crop of Bolt d’Oro, a Grade 1 winner who raced exclusively on the dirt but has been quite versatile as a sire to date with With Anticipation winner Boppy O, P. G. Johnson Stakes third-place finisher Recognize, and maiden winner Flashy Gem winning on grass. Likewise, trainer Todd Pletcher wins at 18% going from dirt to turf and wins at 27% with jockey Irad Ortiz Jr., who picks up the mount here. Major Dude’s last two workouts came on the turf at Saratoga, and I think he could take a big step forward on the grass.

With 12 runners entered, there is a chance to get a fair price in the Pilgrim; however, horses from the barn of Chad Brown and Todd Pletcher are rarely overlooked. Considering they have won seven of the last 15 editions of the Pilgrim – four for Pletcher, three wins for Brown – I’m Very Busy and Major Dude probably will be well-supported.

My favorite possible price play in here is #7 Ramblin’ Wreck, who comes off a three-length win at this course and distance for trainer Danny Gargan and jockey Manuel Franco, who have won at a 25% rate with a strong ROI.

Without knowing what the odds will look like in advance, I’ll just hammer my top two in an exacta in this space – using Ramblin’ Wreck in second-third for an alternate trifecta strategy if the odds are too low on the top two – but keep my options open in the win pool where there might be value. If one of my top two selections is 3-1 or higher, I’ll also be a active in the win pool.

Exacta Strategy on a $20 Budget

Alternate Trifecta Strategy on a $20 Budget