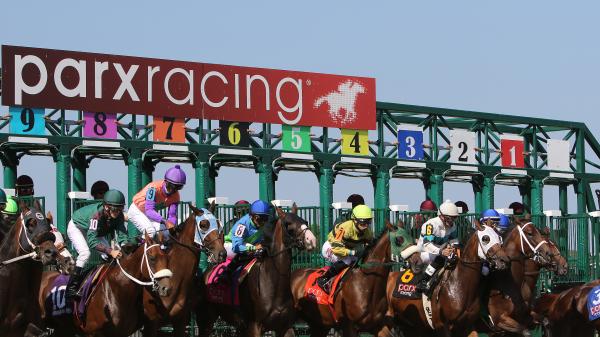 Eyeing an Upset Selection in the 2022 Pennsylvania Derby

The Grade 1, $1 million Pennsylvania Derby drew a strong field of 11, including six who participated in the Kentucky Derby Presented by Woodford Reserve this spring.

Among that group, Cyberknife must be mentioned first as he rebounded off an 18th-place Derby effort to win both the Grade 3 Matt Winn Stakes and Grade 1 TVG.com Haskell Stakes before a runner-up effort to division leader Epicenter in the Grade 1 Runhappy Travers Stakes last month. Tawny Port, also hails from the barn of trainer Brad Cox, who is currently fourth among all trainers in North America with $17 million in earnings so far in 2022. Tawny Port won the Grade 3 Ohio Derby in June before a third-place finish behind Epicenter and Zandon in the Grade 2 Jim Dandy Stakes at the end of July. Zandon has earned $1.2 million to date (compared with $1.8 million for Cyberknife), winning the Grade 1 Toyota Blue Grass Stakes in April before a third-place finish in the Kentucky Derby, followed by a runner-up effort in the Jim Dandy and a third-place finish in the Travers. Taiba won the Grade 1 Runhappy Santa Anita Derby in April before a 12th-place finish in the Kentucky Derby and was most recently a head shy of Cyberknife in the Haskell. Simplification, fourth in the Derby, was sixth in the Grade 1 Preakness Stakes in his next start and most recently ran third in the Grade 3 West Virginia Derby, which was won by Skippylongstocking for his first career stakes victory. White Abarrio won the Grade 1 Curlin Florida Derby Presented by Hill ‘n’ Dale Farms at Xalapa in April. His best effort since was when second behind Tawny Port in the Ohio Derby, but most recently he was seventh of eight and far back in the Haskell.

We the People won the Grade 3 Peter Pan Stakes at the distance of the Pennsylvania Derby in May and was most recently second in the West Virginia Derby. B Dawk, Icy Storm, and Naval Aviator round out the field, with only B Dawk having ever run in a stakes, finishing second in the Sir Barton Stakes in May.

Cyberknife and Tawny Port have both called the Brad Cox barn home throughout their entire careers, consisting of 18 races combined. Tawny Port may actually be the faster of the pair at this point in time and certainly will offer better betting value, having just a pair of Grade 3 stakes wins to his credit in the Grade 3 Stonestreet Lexington Stakes in April and in the Ohio Derby in June. However, his pattern of improving Equibase Speed Figures is unmistakable, having earned a 100 figure when seventh in the Kentucky Derby before improving to 107 in the Ohio Derby, then improving again to 108 although third in the Jim Dandy Stakes. In the Jim Dandy, Tawny Port tracked the pacesetters in third in the early stages then moved to within three-quarters of a length with an eighth of a mile to go. Although no match for Epicenter, who won the Travers Stakes one month later, Tawny Port showed a lot of physical and mental ability to the finish line, as he was just a half-length from runner-up Zandon at the end. With North American leading jockey Irad Ortiz Jr. riding Tawny Port, as he did in both the Ohio Derby and in the Jim Dandy, and with the best last-race Equibase Speed Figure in the field and with more improvement possible, Tawny Port can post the mild upset and win this year’s Pennsylvania Derby.

Cyberknife ran two big races in a row in February and April, the second of which was a strong victory by nearly three lengths in the Grade 1 Arkansas Derby. Then, following his poor 18th-place effort in the Kentucky Derby, Cyberknife resumed his winning ways by prevailing in both the Matt Winn Stakes and Haskell Stakes, both with career-best 104 Equibase Speed Figures. In the Travers Stakes last month and facing Epicenter for the first time since the Kentucky Derby (in which Epicenter finished second), Cyberknife was no match for the leader in the 3-year-old division as the winner drew off by 5 ¼ lengths. Just the same, Cyberknife was exceptionally game in holding off Zandon by a nose at the finish line, earning a 103 figure nearly the same as in his two previous starts. Given Cyberknife has the ability to lead early if need be or to relax off the pace, which is very likely with We the People logically the early leader, Cyberknife can be counted on once again for an “A” effort good enough to win this race.

Taiba is the most lightly raced horse in the field, having run just four times. Taiba had raced just twice going into the Kentucky Derby and that may have been his undoing as he faded from fifth in the early stages to 12th at the end. Returning as a much more mature horse in the Haskell Stakes in July, Taiba not only earned a career-best 104 Equibase Speed Figure on par with winner Cyberknife and the second-best last-race figure in the field, he showed a lot of mental toughness by battling head and head with the winner for the entire last eighth of a mile. Having put in a series of very strong workouts at trainer Bob Baffert’s home base in California since that race, and possibly more physically and mentally mature as when last seen two months ago, Taiba rounds out the trio of contenders which appears to have an edge over the other entrants in this year’s Pennsylvania Derby.