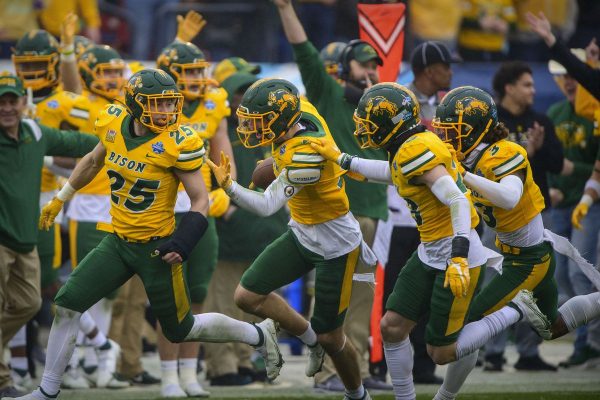 FCS Teams with Best Chance of FBS Upset in 2022

What’s even more interesting is that 12 FCS teams recorded victories over their FBS opponents. That was the most FCS wins in the last eight seasons. The big thing to note is that four FCS teams beat Power 5 opponents:

Not surprisingly, two of those Power 5 schools that lost games have new head coaches in 2022 (Washington, Vanderbilt). It’s supposed to be a given victory for the FBS school. There are 54 games between FCS and Power 5 schools this season. Which FCS programs, if any, can pull off the upset this year?

In 2012, Sacramento State beat Colorado. Last season, Sacramento State won the Big Sky Conference and this year head coach Troy Taylor’s team will take on Colorado State. The Rams went 3-9 last year and they haven’t been good in a while.

In the last ten seasons, Colorado State has lost three times to FCS opponents. The Big Sky actually posted four wins over FBS programs last season. The Rams should be on the lookout.

The Jackrabbits are one of the best FCS teams in the country. SDSU will begin the 2022 season ranked No. 2 in the nation. South Dakota State beat Colorado State to open last season.

They will take on a very good Iowa program that went 10-4 last season. As good as the Hawkeyes have been, they did lose to an FCS opponent in 2016. That opponent was North Dakota State which beat Iowa when the Hawkeyes were ranked No. 13 in the nation.

It’s been done before and the Jackrabbits will catch Iowa early in the season just as the Bison did years ago.

Speaking of North Dakota State…the Bison will begin the 2022 campaign as the nation’s top-ranked FCS program. That’s nothing new as the Bison are once again the reigning FCS champion.

It’s almost not really an upset when the Bison beat an FBS opponent, but this season NDSU will have the opportunity to do it again. The Bison will play at Arizona, which lost a game to FCS Northern Arizona last season. The Wildcats finished 1-11 overall in 2021.

At least one team from the Missouri Valley Conference that NDSU plays in has posted a win over an FBS program in every full season (not 2020) since 2010.

Illinois hasn’t had a winning season since 2011 and it’s hard to see a Bret Bielema team lose to an FCS opponent at home.

Chattanooga is one of the favorites to win the Southern Conference in 2022. They begin the season ranked No. 25 in the FCS poll. The Mocs lost two games to FBS opponents last year and lost those games by three and five points. They return a boat load of starters from last year’s 6-5 team.

2022-07-29
Previous Post: Making Money Betting Trifectas in the 2022 Jim Dandy Stakes
Next Post: 4 Tells That Should Alert You to Fold Quickly