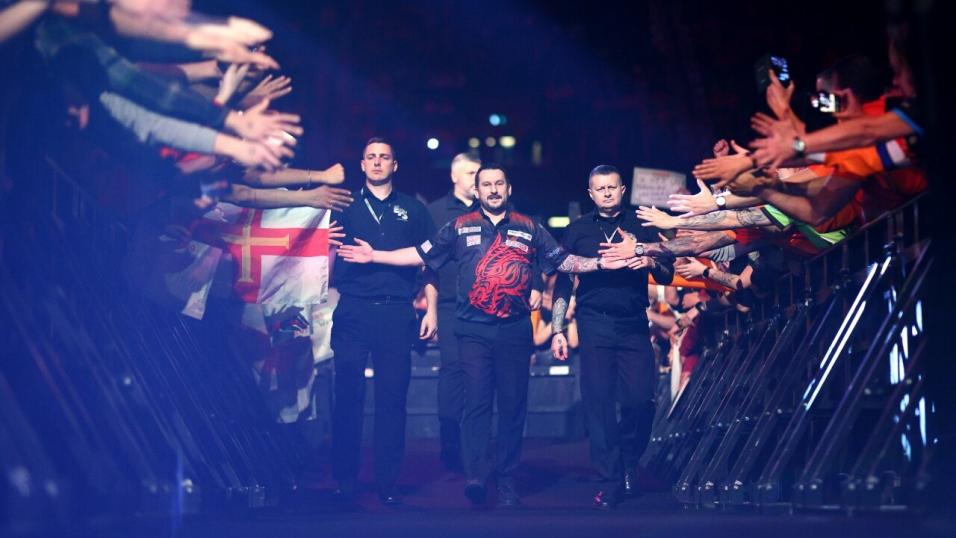 Ferret to consolidate place at the top

With just five weeks of the regular Premier League phase remaining, Abigail Davies believes Jonny Clayton is only going to get better…

Michael Smith remains the only player in the tournament yet to win an evening, he is 11/8 to finish bottom of the league while Gary Anderson, the man currently propping up the table is 5/6 to still be rooted to the foot come the end of night 16.

Michael van Gerwen and Jonny Clayton have both won three nights with the Welsh reigning champion now top of the standings heading into night 12 and not much is separating them as favourites to go all the way in Dublin with the Dutchman at 11/4 and The Ferret at 7/2.

Clayton has every chance of defending title

It may be a revamped tournament and a completely different format but there is certainly nothing surprising about the two players leading the way in the Premier League table this year.

The Ferret didn’t need to be at his best to make it through to the final last week and made himself quite unpopular dispatching of two Scotsmen en route to the last two but he was sublime against The Green Machine in a fixture that rarely disappoints.

Only once in their last 12 meetings has the winner averaged below a ton and the two could yet again meet in the final at the 3 Arena. They are 5/1 to do so.

First up for the Welshman in Ireland is Peter Wright, a player he’s already beaten three times in this year’s Premier League and I’m backing him to win and hit the most 180s at 10/3.

Close to last chance saloon for Smith and Ando

The two players in danger of getting cut adrift from the rest of the pack face each other in the third quarter-final of the evening.

Both Gary Anderson and Michael Smith have lost in the opening round on the last five occasions, and such is the inconsistency and unpredictability of the Scotsman, the last time he won his quarter-final match, he went on to claim the £10,000 winners bonus.

Neither player is in convincing form away from the this competition either and over recent weeks there have been signs of negativity and frustration in the way Smith has conducted himself up on stage.

I do still think Bully Boy will come through this contest and fire in the most 180s at 8/5.