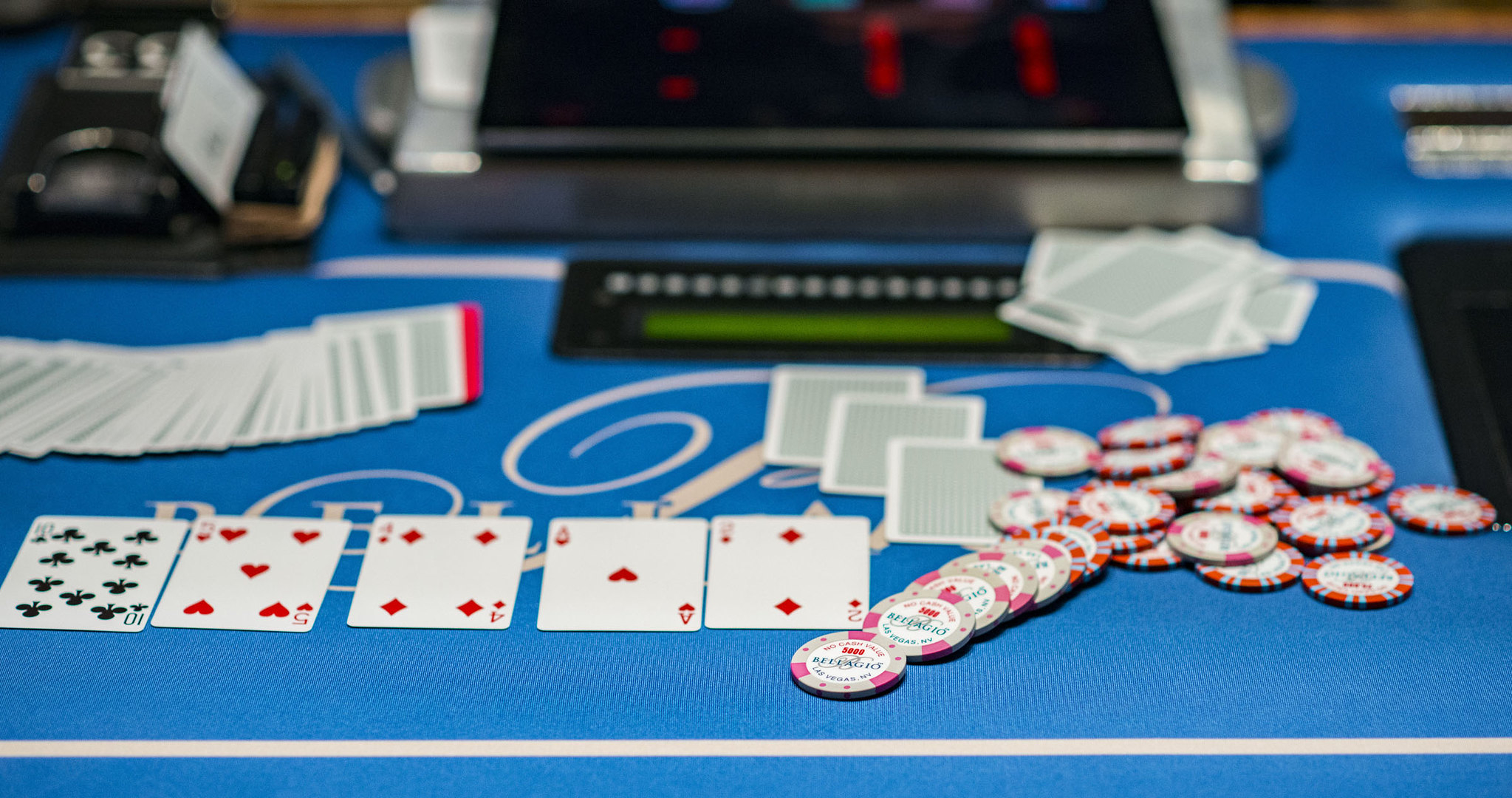 Following three grueling days of intense action at the Bellagio in Las Vegas, the $10,400 buy-in World Poker Tour (WPT) Five Diamond World Poker Classic is down to its final table of six. One of those lucky and skilled individuals will walk away from the Strip casino with $1,241,430, and become the newest WPT Champions Club member.

Taylor Black isn’t guaranteed to win the tournament, but he bagged a massive chip lead on Day 4 Saturday night. And he got the last laugh in a series of monster pots against Bryn Kenney.

On Day 3, Kenney won a flush over flush cooler in a massive pot that left Black with just 14 big blinds. But the tides turned on Saturday when Black, who quickly spun his stack up following that cooler, won a couple of huge hands against poker’s second all-time winningest tournament player.

With seven players remaining on the final table bubble, Black used pocket aces to finish off the high-stakes legend. Kenney was eliminated in seventh place for $201,480. He needed at least $287,263, fifth place or better, to overtake Justin Bonomo on top of the Hendon Mob all-time cashes list.

With Kenney gone, the final table includes some talented players, one of whom is a past WPT champion (Mohsin Charania). The chip counts heading into Sunday’s finale are as follows (blinds will resume at 50,000/75,000/75,000):

Black might not (yet) be a household name but he is an accomplished player with over $2.6 million in live tournament cashes. He’s chasing his second career seven-figure score. In 2018, he shipped a partypoker MILLIONS Main Event for just under $1.1 million. If he holds onto his big lead at the Five Diamond final table, he’ll earn the largest victory of his life.

With 227 big blinds, Black will have the advantage of being the aggressor on Day 5. Speranza is in second place with 62 big blinds, which is more than enough to play back at Black. But the others will have to be a bit more selective.

One player who knows how to win this prestigious event, Dylan Linde, narrowly missed out on the final table as he busted in eighth place for $157,220. Linde won the tournament back in 2018 for $1.6 million, but came up just a bit short of shipping it for a second time.

“The World Famous” Pat Lyons also went on a deep run in the Five Diamond World Poker Classic. He even held the chip lead for a while on Day 4, but was eventually eliminated in ninth place, good for $124,145.

Play will resume at 4 p.m. PT from the Venetian on Sunday and the session won’t end until a winner is determined.