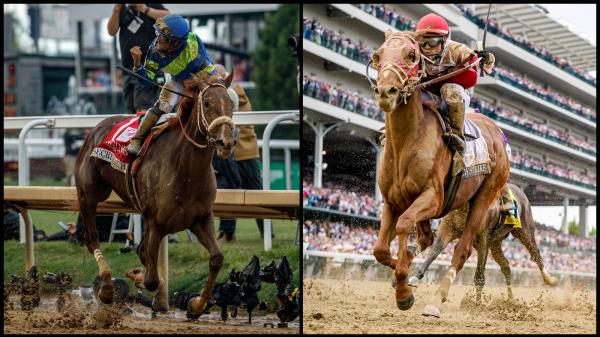 Five Takeaways You Need to Know From Kentucky Derby Weekend

BARGAIN CHAMP: Behind one of the great upsets in Derby history was the wonderful reality that any astute trainer could have had giant-killer Rich Strike by claiming him for a relatively meager $30,000 last Sept. 17 at Churchill Downs. Trainer Eric Reed was intrigued by the Keen Ice colt bred by Calumet Farm. He had noted that the horse worked well before he finished 10th in a maiden special weight race on Ellis Park’s turf. Reed gambled that the juvenile wanted dirt, not turf, and successfully claimed him out of a 17 1/4-length romp for owner Richard Dawson. Reed thought only that he had made a solid addition to his stable. “I had no expectations like this at the time,” he said.

BRILLIANT RIDE: Many elements went into Rich Strike’s rise from the also-eligible list to an upset that will be marveled at for generations. None was more important than Sonny Leon’s masterful ride, one that produced his first graded-stakes victory. Leon overcame the extreme outside post by saving ground, cleverly weaving his way through tiring foes in the 20-horse field, and then riding as if his life depended on it when the rail magically opened during the stretch run. Trainer Eric Reed recalled all of the work Leon had done behind the scenes, well before the Derby. “I owe this to him,” Reed said. “He helped teach this horse with me how to calm down and how to get aggressive when the time came.”

AGONIZING DEFEAT: Hall of Fame trainer Steve Asmussen got the performance he wanted from Twinspires.com Louisiana Derby winner Epicenter. North America’s all-time leader in victories did not quite get the outcome he wanted. His record dipped to 0-for-24 when Epicenter succumbed to a horse that was not initially part of the Derby field. “I can’t believe it after Epicenter’s effort,” said a stunned Asmussen. “And the scenario in which I went 0-for-24 you couldn’t make up. I got beat by the horse that just got in.” Asmussen finished second on two other occasions, with Nehro in 2011 and with 33.20-1 Lookin At Lee (2017).

NEXT MOVE: Hall of Fame trainer D. Wayne Lukas expects to huddle with Stacy and Robert Mitchell, breeders and owners of Longines Kentucky Oaks winner Secret Oath, in the next few days to determine which race they will target next. Part of Lukas’ reputation as one of racing’s legends stems from his willingness to think big, and there is every reason to believe he will lobby the Mitchell’s to give Secret Oath the opportunity to become the seventh filly to win the Preakness Stakes in the race’s 147-year history. In fact, his lobbying already appears to be underway to choose the $1.5 million Preakness on May 21 over the $300,000 George E. Mitchell Black-Eyed Susan Stakes on May 20. “The big difference is a million dollars and a Grade 1,” Lukas said. “It would be nice to get her a second Grade 1.”

ONE TO WATCH: Undefeated Jack Christopher’s comfortable 3 ¾-length decision against Pappacap in the $500,000 Pat Day Mile Stakes Presented by LG&E and KU in his first race since he won the Oct. 2 Champagne Stakes suggests a big season may be ahead for him. Trainer Chad Brown paid a huge compliment in comparing him to Ghostzapper, a former Horse of the Year that was extremely talented but struggled to stay sound and had to be lightly raced. “He’s a super-talented horse,” Brown said of Jack Christopher. “If we can keep him on the track, we’ll see a lot of great things from him.” The son of Munnings, with regular rider Jose Ortiz aboard, prevailed for the third time in as many starts.