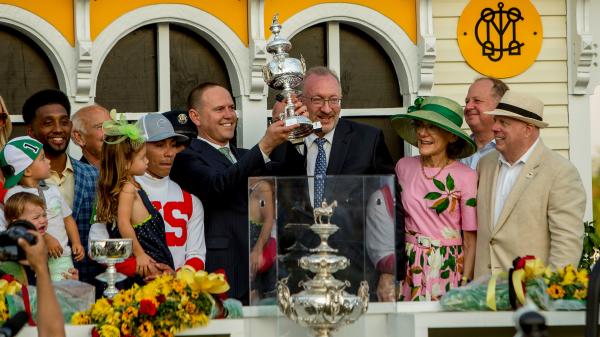 Five Takeaways You Need to Know From Preakness Stakes Weekend

Tom Pedulla presents five key takeaways from the 147th Preakness Stakes on Saturday and other major developments in a big weekend of racing at Baltimore’s Pimlico Race Course:

HARD WORK REWARDED: Jose Ortiz has ridden Klaravich Stables’ Preakness Stakes winner Early Voting in each of his four career starts, but his time with the horse extends well beyond that. When trainer Chad Brown needed Ortiz to work the horse in the morning, he always answered the call, something some accomplished jockeys are reluctant to do. “I’ve been on him since he was a baby,” Ortiz noted. “We always knew he was very talented, but we knew he was going to be a late developer.” Brown is impressed by how well Ortiz and Early Voting get along. “I just know that’s a partnership I want to continue growing,” the trainer said.

SECOND AGAIN: A pace that has been widely described as “suicidal” helped Rich Strike shock the world in the Kentucky Derby Presented by Woodford Reserve and had much to do with favored Epicenter’s second-place finish. When the Twinspires.com Louisiana Derby winner was a beaten favorite again as a runner-up in the Preakness, Hall of Fame trainer Steve Asmussen vented his frustration. He repeatedly faulted jockey Joel Rosario for a poor start that left Epicenter with much to do despite mundane fractions and an inside trip that was less than ideal. “I was past surprised. I was disappointed,” Asmussen said. “You’ve got to leave the gates to have any position whatsoever.” The handy Epicenter found himself in eighth in a field of nine through the opening three-quarters of a mile before staging a valiant rally up the rail, only to fall 1 ¼ lengths short of Early Voting.

FALLING SHORT: Secret Oath tested the boys in the Arkansas Derby and came in third. She returned to her division and was an impressive winner of the Longines Kentucky Oaks, giving legendary trainer D. Wayne Lukas ample reason to send her against males once more in the Preakness. This time, she rallied from last in the early going to be a non-threatening fourth for jockey Luis Saez. Slow fractions for the 1 3/16-mile middle jewel of the Triple Crown did not help. “She made a big, sweeping run. It wasn’t her day,” Lukas said. Secret Oath was attempting to become the seventh filly to win the Preakness in the race’s 147-year history.

STILL SHARP: Rich Strike returned to the work tab for the first time since he emerged as an improbable winner of the Kentucky Derby at 80.80-1. The colt drilled a half-mile in a crackling 47.20 seconds Saturday at Churchill Downs for trainer Eric Reed, suggesting he retained the form that allowed him to pull one of the great upsets in Derby history. It also raised the question of whether Reed and owner Richard Dawson made the right call in bypassing the Preakness to focus on the June 11 Belmont Stakes Presented by NYRA Bets. “Skipping the Preakness was still one of the toughest decisions I had to make as a trainer,” Reed said. “I just don’t think he would’ve been mentally ready to run against those horses again.”

ROYAL ASCOT BOUND: Pizza Bianca, upset winner of the Breeders’ Cup Juvenile Fillies Turf last November, prepped for the Coronation Stakes at Royal Ascot in June with an impressive victory in the Hilltop Stakes Friday at Pimlico. The Christophe Clement trainee prevailed by 1 ¾ lengths under Ortiz’s confident ride for breeder and owner Bobby Flay. The celebrity chef eagerly awaits a trip across the pond to Royal Ascot. “To me, this is what it’s all about,” he said. “These horses can take you on experiences of a lifetime.”