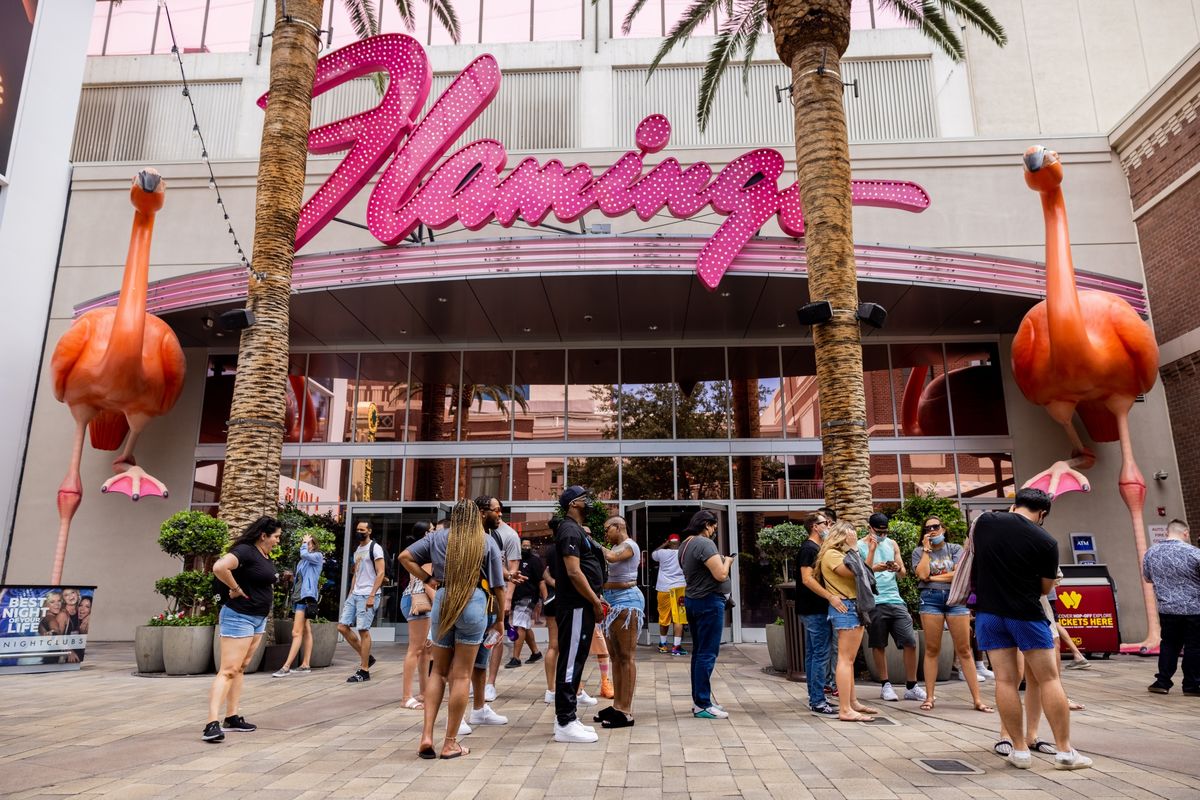 A woman was arrested last week for allegedly impersonating a police officer and robbing $200 from a man at the Flamingo Las Vegas. She tasered the man and punched him in the face while in a hotel room at the Las Vegas Strip property, police said.

The Flamingo Las Vegas, pictured above. The hotel was the site of a woman allegedly zapping a man with a taser and robbing money from him. (Image: Bloomberg)

Kayla Wingerd, 24, was arrested on a robbery charge, KLAS, a local TV station, reported. An impersonation of a public official charge was not pursued by prosecutors.

Wingerd was arrested Friday. She was booked at Clark County Detention Center, and remained in custody as of late Wednesday. Her bond was set at $5,000.

The incident took place on Dec. 18. The man invited Wingerd to his hotel room.

She allegedly stole the money and upon leaving showed something that initially appeared to be a Las Vegas Metropolitan Police Department (LVMPD) badge. It actually may have been a security guard badge.

She then warned the man “he was subject to jail because prostitution was not legal,” KLAS said, citing an official police report.

She advised him that “if he didn’t want to go to jail, he’d had to allow her to walk out with no problem and demanded money,” the report added.

Wingerd also allegedly zapped him in the face with a stun gun, likely a taser, “several times before leaving the hotel room,” the report revealed.

In January, Wingerd told police she asked the man for $200 to “hang out” with her, the report said. She also said she zapped the victim because he was attempting “to hold me in the room,” the report adds.

It was not immediately clear why it took a half-year for the police to make the arrest.

Metro police said there are online profiles for Wingerd. They appear on social media.

In recent months, women were apprehended after allegedly stealing items from men at Las Vegas casino-hotels. Some of the men were drugged.

For instance, in June, an alleged prostitute swiped a Patek Philippe watch from a man at a Las Vegas Strip hotel, cops revealed. The watch is valued at about $100,000. The man believes he was drugged by the suspect. The two initially met at the hotel’s bar.

The woman, later identified as Sarah Richards, 32, of Las Vegas, was spotted after the incident at a different Strip hotel by an undercover Metro officer. She began speaking about prostitution to him, police said.

Also, in June, a woman was arrested related to the theft of $90,000 worth of casino chips from a man. The two apparently met at the High Limit Lounge at Las Vegas’ Aria Casino. During the course of the night, she allegedly slipped him some kind of drug.

When the unnamed man later woke up in his hotel room at the Vdara Hotel & Spa, his chips were gone. He also spotted an empty capsule with some kind of residue nearby.

He recalls that during the night, “things got blurry” and he became dizzy. Metro police later arrested Ebony Bairfield, 40, of Las Vegas. Bairfield was charged with administering a drug to aid in the commission of felony, burglary, and grand larceny, KLAS said.