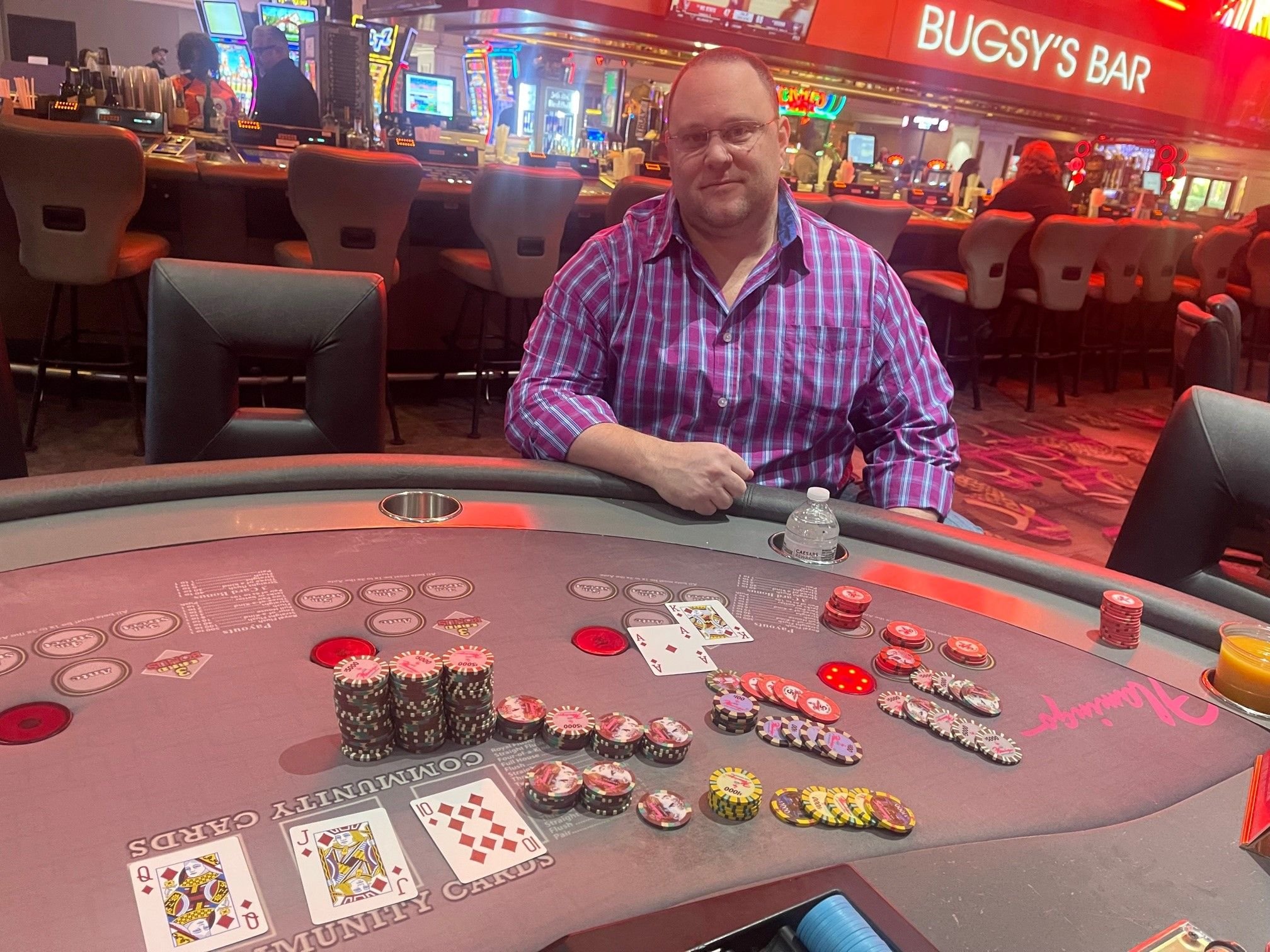 Two lucky players at Caesars Entertainment gaming properties in Las Vegas have much to be thankful for just four days before Thanksgiving.

Brent Weiss of Las Vegas won $465,945 while playing a Mississippi Stud poker game at the Flamingo Las Vegas Casino on Sunday. It was a mega progressive jackpot. He won with a royal flush.

Also on Sunday, a player at the Linq won $114,251 in a progressive jackpot. The patron was playing Pai Gow.

That player wasn’t named. Both are Caesars Rewards members.

Last month, another player won $187,542 while playing Let It Ride poker at the Flamingo. It was through a mega progressive jackpot, KTNV, a local TV station, said. The player won with a royal flush and wasn’t identified.

Also in October, an unnamed local won $288,024 at the Flamingo. It was also through a mega progressive jackpot.

The winning hand was also a royal flush. The local was playing Crazy-4 poker.

The Linq has also seen prior jackpot winners in recent months.

In March a player identified only as “Michael T.” won $1,041,779 at the Linq. It was on a Mega Progressive jackpot while playing Let It Ride, KLAS, another local TV station, said. The casino didn’t identify the player’s hometown.

Earlier this month, an unnamed patron won more than $620K on a slot machine at North Las Vegas’ Cannery Casino Hotel. The lucky $2.50 spin was made on a Wheel of Fortune slot machine manufactured by IGT.

The player was described by local media as a woman and a frequent visitor to the casino. She chose to remain anonymous. She is believed to be a resident of Las Vegas.

In July, a slot machine player won more than $1.2 million at Sunset Station Casino in Henderson, Nev. The instant millionaire made a $7 bet at the Station Casinos property. The player got lucky on just their third spin on the Wheel of Fortune progressive slot.

The mystery player chose not to release his or her name, but is a Las Vegas local, Station Casinos revealed in a statement. The person is also a member of Boarding Pass, which is Station’s rewards club.

In another lucky June spin, a mystery player won more than $1.3M on a slot machine at the Golden Gate Hotel & Casino in downtown Las Vegas.