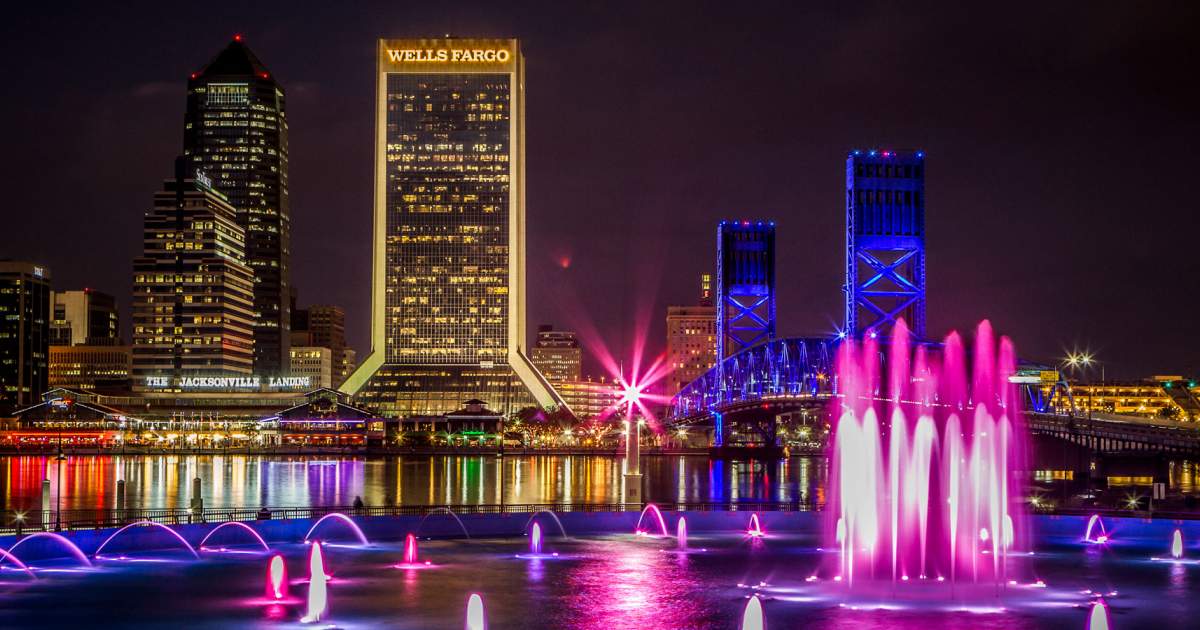 A $51.6 million campaign to put a casino gaming referendum on Florida’s 2022 general election ballot appears to have fallen short by more than 77,000 signatures. However, proponents of the measure backed by Las Vegas Sands Corp. have asked a judge to grant election officials more time to verify signatures on their petitions.

The downtown Jacksonville skyline at night. A measure that could have opened the door for the northern Florida city to land a casino looks like it will fall short of the signatures needed to get on the November ballot. However, Florida Voters in Charge has filed a lawsuit seeking an extension for election officials to verify signatures. (Image: VisitJacksonville.com)

Tuesday afternoon was the deadline for officials in Florida to verify petition signatures for referendums, and according to the state’s Division of Elections unofficial totals, officials had verified 814,212 signatures on petitions submitted by Florida Voters in Charge.

However, Florida Politics reported that Florida Voters in Charge filed a lawsuit in Leon County, where the state capital Tallahassee is located, against Secretary of State Laurel Lee. The group seeks a judge’s order requiring officials in the state’s 67 counties to continue counting.

We believe we have submitted the required number of voter signatures to qualify for the ballot, but unlawful delays in processing them will lead to voters not having their voices heard,” Florida Voters in Charge said in a statement Tuesday to Florida Politics. “This lawsuit was filed to ensure fundamental rights are not violated and every voter signature is counted.”

If it were to get on the ballot, voters would decide whether to amend the Florida Constitution to allow Las Vegas-style casinos in locations more than 130 miles from all Seminole Gaming facilities. That would essentially limit the casinos to the northern half of the state.

The campaign has been a bitter fight between proponents for expanded gaming in the state and the Seminole Tribe of Florida, which opposes the measure.

According to campaign contribution records kept by the Florida Department of Elections, Florida Voters in Charge received $51.6 million. The Poarch Creek Band of Indians, an Alabama-based tribe, contributed $2 million to the campaign, Las Vegas Sands gave more than $49.5 million.

Getting 891,589 signatures – a total representing 8 percent of the ballots cast by Florida voters in the 2020 presidential election – was just one of two thresholds proponents needed to meet in order to get the measure on the ballot.

Florida law also requires groups to meet the same 8 percent signature threshold in 14 of the state’s 27 congressional districts. According to data from state elections officials, Florida Voters in Charge is also short of that mark as well. Through Tuesday, proponents surpassed the needed signatures in just 10 of the districts.

The casino measure was one of two gaming-related initiatives proposed for the 2022 ballot. Last week, Florida Education Champions conceded its petition drive to legalize sports betting statewide would not meet the signature requirement by Tuesday.

Through Tuesday, that $37 million campaign, funded mainly by FanDuel and DraftKings, had less than 515,000 signatures validated.