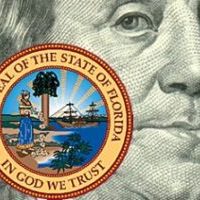 The complex and far reaching consequences of Florida sports betting may finally come to an end this Monday, as a Federal Judge says she will most likely issue her summary judgment on this matter by November 15th.

You may recall that this case began in May when the state of Florida entered into an agreement with the Seminole Tribe, granting them exclusive rights to the sports betting action in the state. All bets would go through their servers on Tribal land. But with so much money up for grabs, not everyone was happy about the decision.

Lawsuits were filed which challenged the legality of such the Florida sports betting agreement. As a result, no one was accepting sports bets when the activity “officially” became legal on October 15th. That is, until the Hard Rock Sportsbook stepped. They began accepting bets earlier in November, but it’s worth noting that the Hard Rock is operated by the Seminole Tribe.

Now, the judge who promised her summary judgment by Monday, November 15th, was not too pleased with the attorneys representing the U.S. Department of Interior int his matter, as they were not prepared to defend their position in court earlier this week. She wants them to explain just how the Florida sports betting deal with the Seminoles is in keeping with the Indian Gaming Regulatory Act.

In keeping with that decision, the U.S. Department of Interior lawyers have now filed a document of more that 30 pages explaining just how the state’s agreement with the Tribe is not a violates federal law. And the future of Florida sports betting hangs in the balance.

At least the wait will not be long, however. We should know by early next week if Floridians will be able to bet on sporting events, or if they whole thing is scrapped forcing a new tactic.