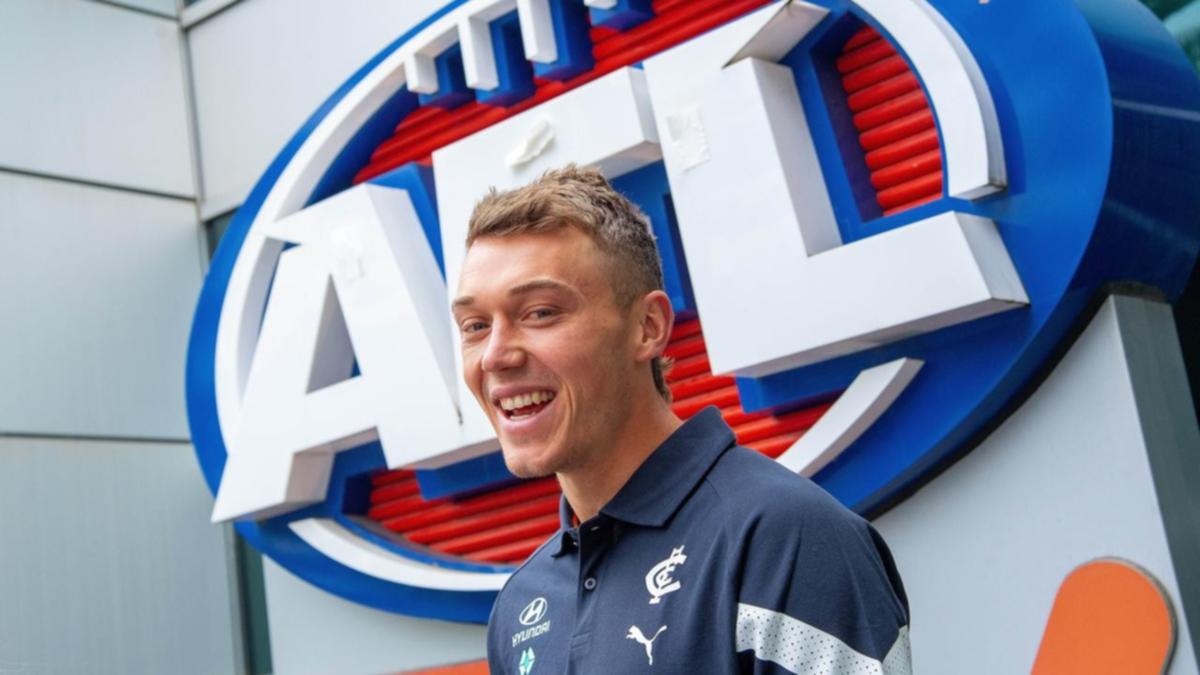 Flutter’s Sportsbet sports betting brand in Australia has run into trouble with regulators several times this year. However, it finally got a break after the Australian Communications and Media Authority (ACMA) determined that an alleged violation of the rules was an acceptable practice.

Patrick Cripps, a player for the Carlton Football Club of the Australian Football League, in front of a league sign. He won the Brownlow Award this year, and betting on the event had Sportsbet facing scrutiny with regulators. (Image: The West Australian)

Sportsbet, the largest online sportsbook in Australia, has had to answer questions about its operations on numerous occasions. This includes an ongoing investigation by the ACMA that it might have failed to comply with anti-money laundering (AML) rules.

However, when it allowed in-play betting during the awarding of the Brownlow Medal, it didn’t do anything wrong. This is because in-play laws, as they’re written, only cover sports, not necessarily sports-related events.

The Australian Football League (AFL) describes the Brownlow Medal as the “leading individual award” in Aussie football. It first appeared in 1924 as a means to recognize the “fairest and best” AFL player each season.

Field umpires vote on their choices for the medal after each match. Then, typically on the Monday night before the Grand Final, the winner is revealed. This year, that day fell on September 18.

Sportsbet set up lines for this year’s winner, allowing its users to place wagers on who would come out on top. Bettors could place their bets during the awards ceremony, which led the ACMA to allege it was offering an illegal form of sports betting.

Australia doesn’t allow in-play wagering. As a result, advertising in-play betting is also unacceptable. Initially, the ACMA accused Sportsbet of violating both restrictions, although it had to backtrack once it took a closer look.

The Interactive Gambling Act prohibits in-play betting on sports events. However, the general context refers to competitive games, not everything related to sports.

As a result, Sportsbet didn’t technically violate any rules, according to the ACMA. The advertising watchdog reached the same conclusion for other activity Sportsbet had set up lines for, including rugby’s Clive Churchill medal and the Norm Smith medal in the AFL.

The Brownlow Award has had to deal with some unwanted bad press this year, not only for its relationship with Sportsbet. Shortly after the conclusion of the ceremony in September, which anointed Patrick Cripps of the Carlton Football Club as the recipient, a scandal broke out.

Police arrested four people for suspicious betting on the event, including one AFL umpire. Michael Pell allegedly leaked information on the voting process of different matches this year. This allowed others to use the information to their advantage as they prepared to make their wagers.

Since the story broke, the AFL has sacked Pell, and he won’t ever ref an AFL game again. However, among calls that the league make changes to the voting process, it rejects the notion.

AFL CEO Gillon McLachlan said last week that the voting will remain the same as it has been almost since its inception. He added that the “allegations go to the personal integrity of an individual.” This means the league shouldn’t suffer because of Pell’s irresponsibility and immaturity.

The league will choose a replacement for the ousted criminal sometime next summer.