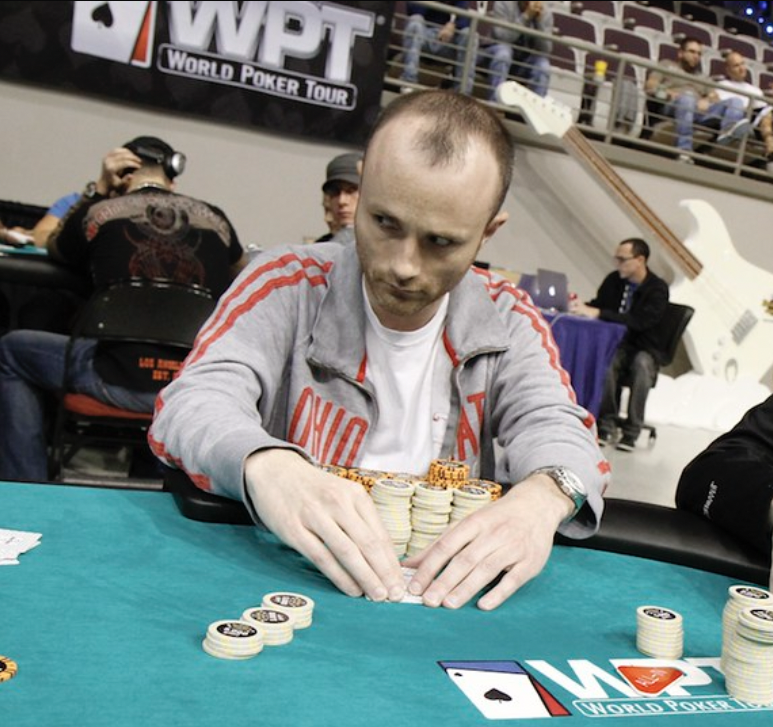 Todd Terry passed away after a decade-long fight with an illness. (Image: WPT)

Terry walked away from a job as a practicing attorney in Manhattan to pursue a career in poker in the mid-aughts. He had a good decade of solid poker results, with several WPT and WSOP final table appearances, and was known for being an aggressive, fearless, and creative player.

He cashed for more than $2.3 million playing tournament poker, according to the Hendon Mob.

Many pros and poker insiders paid their respects on Twitter after hearing he died in Los Angeles on May 17.

RIP to Todd Terry, an OG tournament grinder and prolific poster on 2+2. Todd was always curious and courteous, no matter how much flak he caught for posting crazy hands. We’ll miss you on the felt man.

Todd Terry was slightly before my time but for some reason he always came up in my mind as the guy who always opened to 2.5x no matter what. RIP

I’m very sad to hear of the death of pro poker player Todd Terry at age 48 from a brain illness. We had many great online discussions on the 2+2 forums in the poker boom and shared a handful of meals at tour stops. He was extremely smart and willing to go his own way. RIP 😢

Terry’s career highlights include a second-place finish in the $3,200 event at the 2009 Borgata Winter Open for $434K, a third place finish in the 2009 $10K WPT Legends of Poker for $231K, and a runner-up in a $2,000 event at the 2007 WSOP for $354K. He also was one of four plaintiffs who sued Full Tilt Poker for $450 million after the site was shuttered for being a Ponzi scheme. The case was settled for an undisclosed amount.

Terry graduated with honors from both Harvard College and NYU Law School.

According to his obituary in The Cleveland Plain Dealer, Terry “gave up law to become a professional poker player who participated in tournaments the world over, becoming quite famous and highly respected by his peers and the media.” Terry was forced to walk away from poker around 2015 after being diagnosed with Frontotemporal Dementia (FTD), an incurable, progressive neurological disease akin to Alzheimers.

His family is asking that donations be made in his memory to either the Brain Support Network or Association for Frontotemporal Degeneration.

2022-05-21
Previous Post: Who Will Win the Preakness Stakes? Veteran Turf Writers Pick the Superfecta
Next Post: Mistakes To Avoid While Placing Bets For The First Time