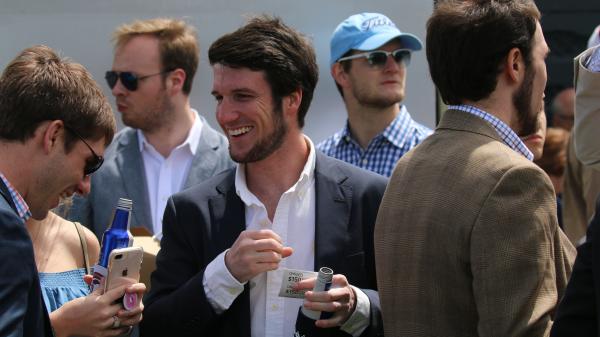 Forming a Victorious Betting Strategy for the Smarty Jones Stakes

The first day of 2023 kicks off with a bang on the horse racing front. The $250,000 Smarty Jones Stakes at Oaklawn Park serves as a Road to the Kentucky Derby Presented by Woodford Reserve qualifier, awarding points for entry to the 2023 Derby on a 10-4-3-2-1 basis to the top five finishers.

Held over one mile on dirt, the Smarty Jones has yet to produce a Kentucky Derby winner, but it has churned out eight Derby starters since 2011. That includes Will Take Charge, the 2013 Smarty Jones winner who went on to be voted champion 3-year-old male at the Eclipse Awards.

Ten years after Will Take Charge, eight horses have turned out to contest the 2023 Smarty Jones. They’ve all shown flashes of talent and potential, but only one enters with an undefeated résumé: #8 Victory Formation.

Victory Formation is conditioned by two-time Eclipse Award-winning trainer Brad Cox, whose stable has been absolutely on fire in recent weeks. Between Dec. 17 and Dec. 26, Cox won with 10 of his 22 starters, most notably nabbing the Gun Runner Stakes with Jace’s Road, the Sugar Bowl Stakes with Corona Bolt, the Letellier Memorial Stakes with Dazzling Blue, and the She’s All In Stakes with Famed.

Victory Formation won his debut sprinting on Oct. 21 at Keeneland in impressive fashion. Carving out the pace in a large field, the bay colt kicked clear down the homestretch to defeat next-out maiden winner Release McCraken by 4 ¾ lengths. Finishing another 2 ½ lengths back in third place was #3 Communication Memo, a recent Oaklawn maiden winner entered to race in the Smarty Jones.

One month later, Victory Formation brought his record to 2-for-2 with a determined score in a $100,000 allowance optional claiming race at Churchill Downs. On that occasion, Victory Formation dueled for command through quick fractions of :21.44 and :45.11, lost the lead to the rallying Two Eagles River in midstretch, and then battled back tenaciously to win by a neck in the snappy time of 1:09.52 for three-quarters of a mile.

Victory Formation’s first two starts yielded Brisnet Speed ratings of 93 and 95, establishing him as the fastest horse in the Smarty Jones field. What’s even more exciting is the fact Victory Formation isn’t bred to be a sprinter. To the contrary, he’s a son of Grade 1 Belmont Stakes winner Tapwrit out of a mare by Smart Strike, a stamina influence known for siring two-time Horse of the Year Curlin, two-time champion Lookin At Lucky, and grass champion English Channel. Daughters of Smart Strike have foaled Kentucky Derby winners Rich Strike and Mine That Bird.

The takeaway? Victory Formation figures to thrive while stretching out over one mile in the Smarty Jones. If he improves at all off his excellent sprinting form, Victory Formation should bring his record to a perfect 3-for-3 on New Year’s Day.

The only problem for bettors is the fact Victory Formation is likely to start at low odds, making a win bet unappealing. In order to catch a meaningful payday, we’ll have to solve exotic wagers like the exacta and trifecta, which means figuring out which horses will finish second and third.

We also have to respect the Kenny McPeek trainees #5 Ten Days Later and #6 Denington. McPeek won the 2022 Smarty Jones with Dash Attack, and his two runners in 2023 bring promising credentials to the table.

Ten Days Later broke his maiden racing 1 1/16 miles at Keeneland before finishing third in a $100,000 allowance optional claimer over the same distance at Churchill Downs, beaten less than one length while gaining 1 ¾ lengths in the final furlong. A pure deep closer, Ten Days Later should be making up ground down the homestretch of the Smarty Jones.

Denington might be an even stronger contender. He impressed in a 1 1/16-mile maiden special weight at Churchill Downs, rallying from behind a slow pace to win by 1 ¾ lengths, and he followed up with a solid fifth-place finish in the Grade 2 Kentucky Jockey Club Stakes over the same track and distance. The Kentucky Jockey Club is a Road to the Kentucky Derby qualifier, and Denington gained ground down the lane to finish only 1 ½ lengths behind the winner. Considering the race unfolded at a slow pace, Denington did well to rally from eighth place and finish as close as he did.

We also have to mention #7 Angel of Empire. The second Brad Cox trainee in the Smarty Jones field hasn’t run as fast on the Brisnet Speed rating scale as the other horses we’ve mentioned, but he’s 2-for-2 on dirt, having won a maiden special weight and an allowance racing one mile at Horseshoe Indianapolis. The son of Classic Empire still has upside and can’t be overlooked for the exotic wagers.

So how should we bet the Smarty Jones? That depends in part on the size of your budget, but we’ll plan to play Victory Formation on top and emphasize Communication Memo and Denington for second place in the exacta. Our trifecta ticket will add Ten Days Later and Angel of Empire for third place.