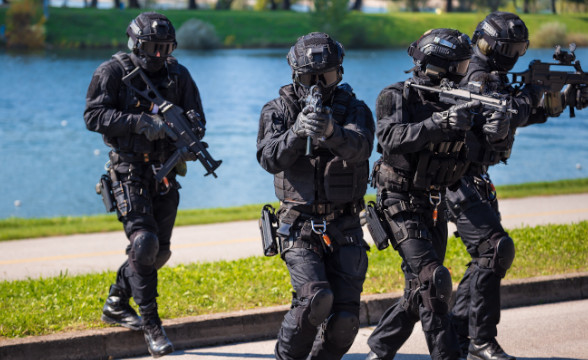 Four Kidnappers Gunned Down in the Philippines, Chinese Victim Saved

The exploitation of Chinese nationals in overseas illegal gambling markets continues. The most recent law enforcement operation in the Philippines led to authorities gunning down four Chinese citizens who had reportedly kidnapped a compatriot. The victim had come to the Philippines to work in a casino but was captured by the criminals who wanted to exploit him for work.

Chinese Nationals Targeted in the Philippines

Incidents such as these are why China has been very particular about allowing citizens to go overseas to gamble, especially in other countries in the region. Kidnappings have been if not commonplace, then frequent enough to demand the attention of Beijing which has weighed in actively on Cambodia and the Philippines’ politics in a bid to solve the issue.

Thousands of Chinese nationals have been stopped at the borders and dissuaded from going abroad to gamble. This one man though wasn’t so lucky and he thought he is going to make an honest living. Shortly after his arrival, though, he was captured by the kidnappers who took him to a hideout in Lapu Lapu. The gang then demanded ransom for his release to be paid via WeChat.

The victim’s relatives alerted the authorities who worked across the border to get the Philippines to respond. Police and a SWAT team were deployed in Lapu Lapu where Lyu Xingou, the victim, was held against his will. In the ensuing storming of the facility, police were able to shoot down the gunmen and extract Lyu unharmed.

Lyu’s son had honored a part of the ransom, some $150,000, of which he paid $75,000. This first installment allowed authorities to home in on the location of the gunmen. While police were able to seize a number of handcuffs, cellphones, laptops, and other criminal paraphernalia, there was no mention of whether the money has been returned.

The head of the anti-kidnapping division of the Philippines national police, Rudolph Dimas, acknowledged that the deceased may have been tied to other kidnappings or been in contact with similar organizations that plan and execute abductions.

Beijing has been particularly sensitive to reports of citizens being abducted and the central government has made it a mission to ensure that it can actively influence regional politics. It has vituperated against plans to expand gambling anywhere nearby and has called on other governments to ensure that illegal gambling rings are closed down.

Still, some areas of Southeast Asia are particularly dangerous for travelers. Sometimes entire groups of people are kidnapped and forced into working in overseas call centers or unregulated gambling websites. Between 2017 and 2019 there have been 55 kidnappings in the Philippines alone that specifically targeted Chinese nationals.

China has called on local operators in the Philippines to stop offering work to Chinese nationals without paperwork, but even after intervention by the government and the national gambling regulator, there are estimated to be at least 150,000 people working in the casino industry in the Philippines.