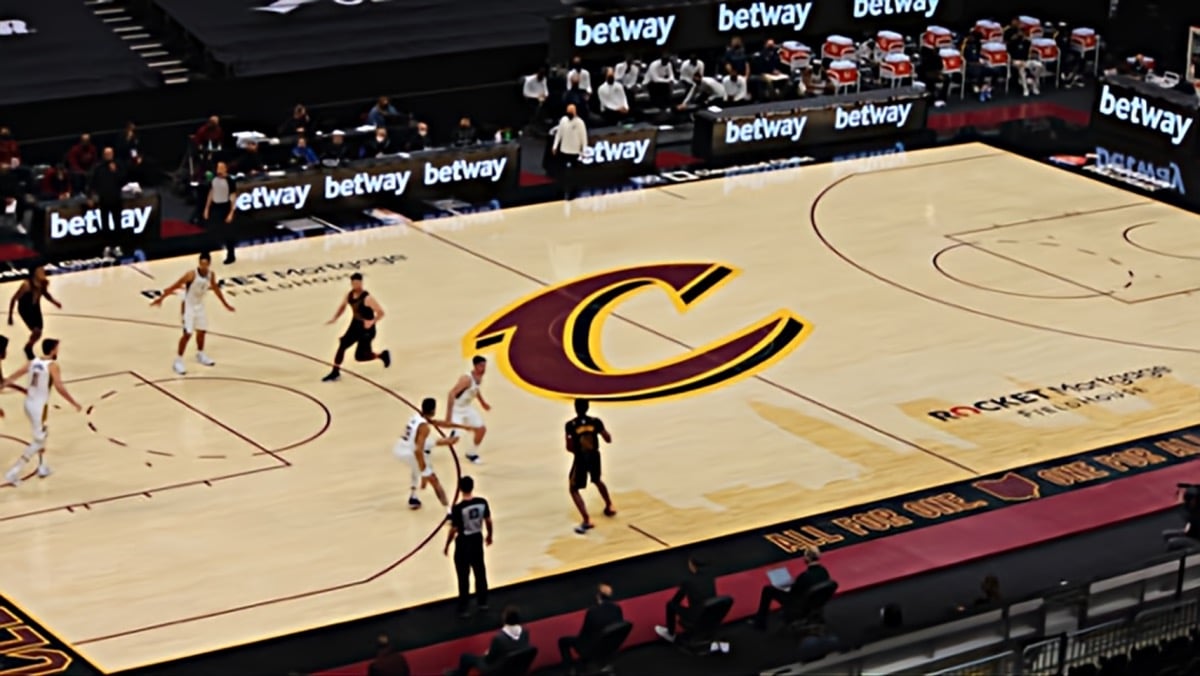 Four more companies applied for online sports betting licenses in Ohio this past week. However, only three of them would be guaranteed to start on Jan. 1 if the Ohio Casino Control Commission (OCCC) approves their licenses.

Betway signage is prominently displayed during a Cleveland Cavaliers game. This past week, Digital Gaming Corp., which operates the Betway brand, was one of four companies to apply for an online sports betting license in Ohio. (Image: Betway)

That’s because those three – MaximBet, Prophet Exchange, and Digital Gaming Corp. (DGC) – applied to serve as the second mobile management services provider (MMSP) for a proprietor. The OCCC set a deadline of July 15 for proprietors and their first MMSP and a deadline of this past Monday for a second MMSP to apply.

That’s why WynnBet, which is a first MMSP for JACK Thistledown, won’t be guaranteed a Jan. 1 start date. Wynn submitted its application on Monday, the same day as MaximBet, Prophet Exchange, and DGC.

MaximBet would be the second skin for JACK Cleveland Casino. The Carousel Group-owned sportsbook,  which is affiliated men’s lifestyle publication Maxim, operates now just in Colorado. However, it does have access agreements in place in Indiana, Iowa, New Jersey, and Pennsylvania.

ProphetExchange, which would be the second skin for the Columbus Blue Jackets, would also be the first exchange in Ohio. It was previously based in Great Britain, but company leaders pulled up stakes there and decided to start over in the US. In July 2021, the company announced access agreements in New Jersey and Indiana through Caesars Entertainment. Company officials had hoped to be live in New Jersey last year, but the exchange has not yet gone live in either state.

DGC operates under the Betway brand, which is licensed in Arizona, Colorado, Indiana, Iowa, New Jersey, Pennsylvania, and Virginia. It would be the second skin for Belterra Park, a Boyd Gaming racino in Cincinnati.

The state law that legalized sports betting in Ohio set up steep prices for proprietors seeking a second skin and for the operators who want those licenses.

The state law allowed for 25 online sports betting operators in the state. According to information from OCCC, there have been 25 providers that have applied for licenses. However, an application does not guarantee approval.

The state may also choose to expand the number of online licenses if an economic analysis determines it would benefit the state.

The law does give preference to casinos, racinos, and professional sports teams. However, other entities have applied to host online operators. Those applicants are the Hall of Fame Village in Canton and SPIRE Institute in Geneva.

Besides allowing online sports betting operators, Ohio’s law also allows for 40 retail sportsbooks in the state’s largest counties by population. It also allows for certain lottery retails to host kiosks in their establishments.

Through Friday, the Ohio Lottery Commission has prequalified 1,303 retailers for kiosks. Those retailers are for-profit businesses in good standing with the lottery. They also need a current D-1, D-2, or D-5 state liquor license.

For the most part, kiosk applicants are bars or restaurants. However, other applicants include bowling alleys, golf courses, and even grocery stores.

Prequalification does not mean the OCCC will automatically approve the application. According to the Ohio eLicense portal, 745 kiosk applicants have been received. Of those, the commission has approved 200 conditionally.

Kiosks will have certain limits on their operation compared to online apps and brick-and-mortar sportsbooks. The kiosks will only be able to offer point spread, moneyline, and totals to bettors. Bettors can make parlays, but those will be capped at four legs. In addition, no bettor can wager more than $700 in a calendar week through kiosks.

Like the second MMSP applications, the OCCC initially set a deadline of last Monday for kiosk hosts as well if they wanted to go live on Jan. 1. However, on Wednesday, the commission announced that lottery retailers interested in hosting kiosks could still apply for the time being and be certain of going live on the universal launch date.