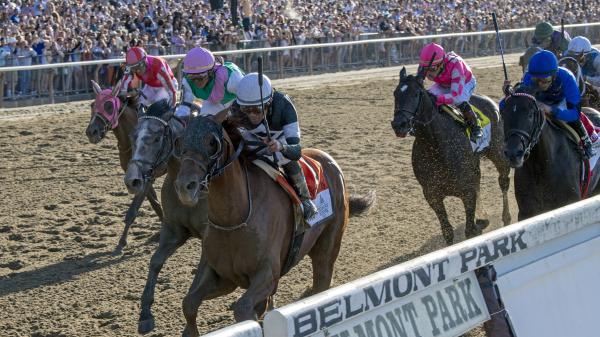 FOX Has Pending Deal to Show Belmont Stakes, Per Report

Fox Sports has a pending deal to televise the Grade 1 Belmont Stakes Presented by NYRA Bets replacing NBC Sports, according to a report by Front Office Sports.

Fox’s programming could begin with the 2023 Belmont, sources told Front Office Sports’ Michael McCarthy, or NBC could also sell Fox rights to the 2022 race on June 12. NBC televises the first two legs of the Triple Crown, the Grade 1 Kentucky Derby Presented by Woodford Reserve at Churchill Downs and the Grade 1 Preakness Stakes from Pimlico Race Course.

NBC has held the rights to the Belmont since 2011.

NBC Sports Network televised undercard races previously on Belmont Day before the classic race was broadcast on NBC. NBCSN is set to stop operations by the end of 2021, with NBC to transfer its sports media rights to USA Network. Both networks are owned by CNBC parent company NBCUniversal.

Fox is expected to increase combined rights fees and sponsorship for the Belmont to $12 million, sources told Front Office Sports, with Fox promising an annual rights fee of $5 million vs. $3 million to renew with NBC. Sister company Fox Bet is further expected to add $7 million to become the title sponsor of the Belmont.

Fox has close ties with NYRA, having signed a deal this year to televise its racing through 2030 while providing Fox an equity option to purchase a 25% share of its NYRA Bets advance deposit wagering platform.