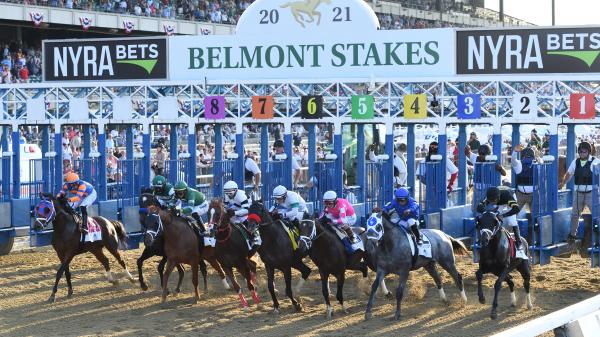 The Belmont Stakes – the third and final jewel of Thoroughbred racing’s Triple crown – is on the move. Fox Sports has reached a deal to broadcast the Belmont Stakes beginning in 2023 in an agreement announced Jan. 5 and first reported by John Ourand of Sports Business Journal.

According to Sports Business Journal, a “vast array of betting components” were integral in the eight-year deal with the New York Racing Association that moves the Belmont Stakes from NBC to Fox Sports through 2030. The agreement includes the entire Belmont Stakes Racing Festival, the multi-day event preceding the Belmont Stakes comprised of dozens of elite Thoroughbred races.

Additionally, the new deal grants NYRA Bets the title sponsorship to the Belmont Stakes. With this deal, the NYRA Bets Belmont Stakes becomes the most prestigious American sports event to be sponsored by a gaming brand.

Mulvihill told Sports Business Journal that increasing the profile of NYRA Bets and boosting participation on that betting platform will make the Belmont Stakes less dependent upon television ratings and hoping for a 3-year-old bidding to sweep the Triple Crown.

“We’ll be rooting for a Triple Crown ride every year,” Mulvihill said. “But we’ll be able to grow that wagering business whether there’s a Triple Crown on the line in a given year or not.”

NBC, which televises the Kentucky Derby Presented by Woodford Reserve at Churchill Downs and Preakness Stakes from Pimlico Race Course, has broadcast the Belmont since 2011.

Fox has close ties with NYRA, having signed a deal in March 2021 to televise its racing through 2030 while providing Fox an option to purchase a 25% interest in the NYRA Bets platform. Fox Sports began broadcasting racing from NYRA tracks in 2016 and has increased its live coverage from 80 hours to nearly 777.5 hours in 2020. The network offered a robust slate of more than 175 days of live racing telecasts in 2021 via the “Saratoga Live” and “America’s Day at the Races” shows.

“Because we have an active participation and a wagering brand, we want to acknowledge a little more explicitly that horseplayers are the lifeblood of the game,” Mulvihill told Sports Business Journal. “We want to embrace the handicapping and the challenge of handicapping in a more overt way than it’s been presented in the past.”

“FOX Sports has quickly become the year-round home of the finest Thoroughbred racing in the country,” NYRA President Dave O’Rourke said. “Their commitment to presenting innovative and informative coverage has had an enormous impact on reaching new fans and enhancing overall interest in the sport. That’s why NYRA is so pleased to expand our partnership to now include the Belmont Stakes on FOX for many years to come.”