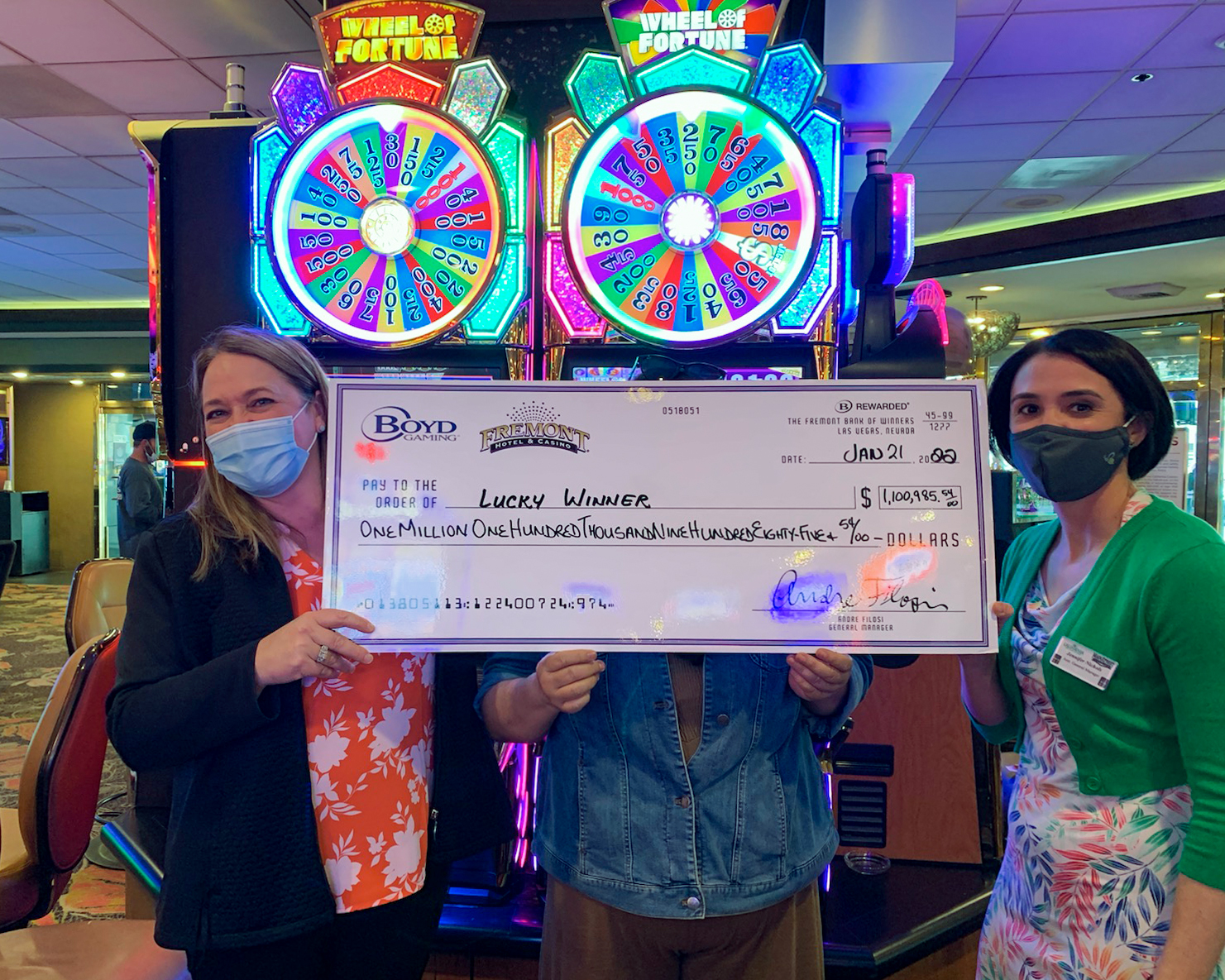 A player from Hawaii won over $1.1 million last week at the Downtown Las Vegas Fremont Hotel and Casino. It was on an IGT Wheel of Fortune slot.

The guest was playing a Super Times Pay 2x 3x 4x 5x slot on Friday. Following 10 minutes on the machine, the player attempted a $5 spin.

It hit a $1,100,986 jackpot. The winner accepted the check. But the Hawaiian visitor asked to remain anonymous.

The Fremont is a Boyd Gaming property. The player was staying at a nearby Boyd property during the Vegas visit: the California Hotel and Casino.

“Jackpots are great news for the winner, but we get pretty excited about them as well,” Boyd spokesman David Strow told Casino.org on Tuesday.

A big jackpot like this will usually get significant attention from the media and players, and helps draw more people than ever to your property,” he explained. News of the win was widely reported in the Hawaiian media in recent days. Strow added Boyd is “especially excited” the visitor is from Hawaii.

“Hawaii is our single largest market downtown, so we’re thrilled whenever we can share news of a Hawaiian hitting it big at one of our Las Vegas properties,” Strow said.

Last Nov. 14, two lucky gamblers each hit a jackpot north of $1 million. Quoclong Pham, a resident of Vancouver, Wash., had just sat down at a Face Up Pai Gow table game at Harrah’s Las Vegas on the Strip. Moments later, he was a millionaire.

Pham hit a seven-card straight flush with a joker, Harrah’s parent company, Caesars Entertainment, said in a statement regarding the win. The progressive jackpot that Pham hit was worth $1,393,273.

That same day, Nikki, who resides in Southern California, got lucky at Circa Resort & Casino. She hit a $1,075,234 jackpot while playing a Wheel of Fortune progressive. She asked the property not to release her last name.

Also, last weekend a woman won over $1 million at Louisiana’s L’Auberge Casino Resort Lake Charles, according to KBMT, a Texas TV station. She was celebrating a birthday on Saturday so her present from the Penn National gaming property totaled $1,064,679.04. She was playing a Pai Gow Progressive game.