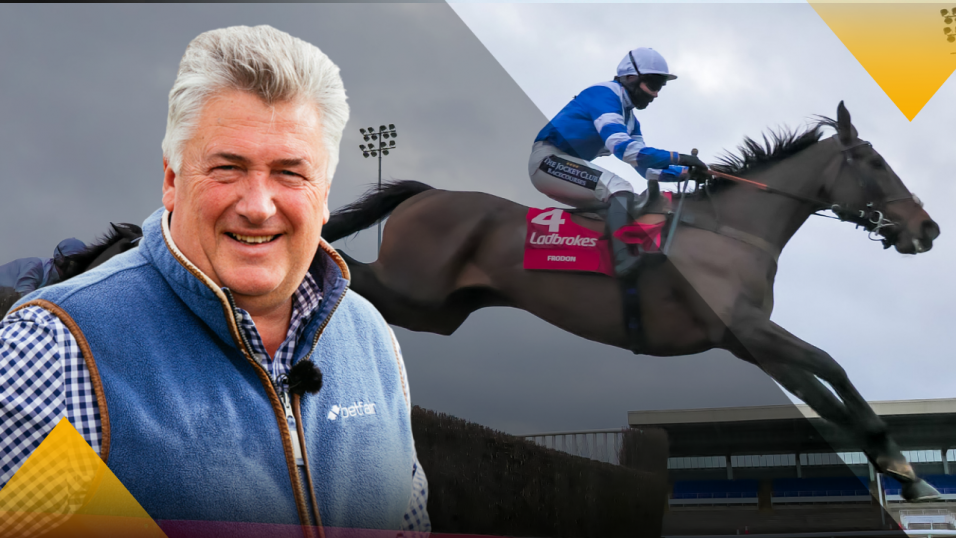 Just the three runners for Paul Nicholls on day one of the Cheltenham Festival, but one of them is a stable star who he says can run another big race…

Worked nicelay recently but this is a hot race

He is a useful prospect who won well on his debut over hurdles for us at Newbury in November before having a little problem with a splint which prevented us giving him another run before Cheltenham. But he has done plenty at home and enjoyed an away day at Wincanton where he worked nicely. Obviously we are pitching Silent Revolution into a hot race but we are game to give it a go.

Loves the Old Course and can run a big race

The way the ground is drying up at Cheltenham will favour Frodon who looks great, retains all his enthusiasm and worked very well on Saturday morning. It is a bit of a punt running him in this handicap under top weight but we know he enjoys racing on the Old course and this is the only realistic option for him before the Oaksey Chase which he won last April on the final day of the season at Sandown.

It’s true he disappointed last time at Leopardstown but some of ours were running below par at the time and we knew we were in trouble when it rained on heavily watered ground. I’m sure he needs better ground these days. While Frodon appears to have a lot on his plate he is an amazing horse, keeps surprising us and is capable of running another big race.

Doing everything right ahead of stable debut

He’s an interesting Irish recruit, a bit of a dark horse and I’m not really sure what to expect on his first start for us. He has a mark of 130 after winning twice over hurdles in the autumn and was also useful on the flat. He’s tough and consistent, pleased in a recent workout at Wincanton, has had plenty of racing and seems to do everything right at home. I’m putting on blinkers to sharpen him up.