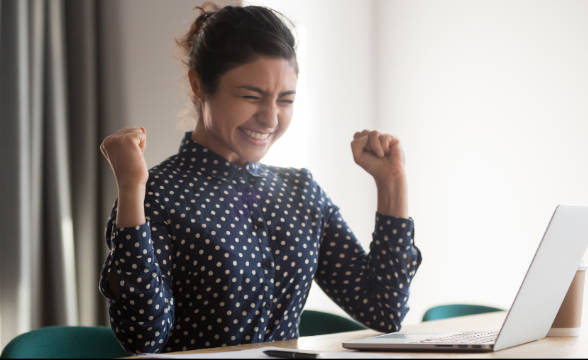 Gambit Rewards, the platform integrating loyalty programs with online gaming and sports betting in the US, announced today it entered into a partnership with Gamelancer, the world’s largest Gen Z Social Gaming Network.

The agreement between Gamelancer and Gambit Rewards will see Gambit’s iGaming platform and free-to-play sports betting introduced to the over 28 million followers and subscribers of the largest GenZ gaming network on Tiktok, Snapchat, and Instagram .

Commenting on the partnership, Mile Cotton, president and chief operating officer of Gamelancer, expressed how thrilled everyone at Gamelancer is to “add Gambit as a flagship partner” and further expand its own loyalty program Rewarded, stressing Gambit’s leading role in the development of consumer rewards programs linked to free play awarded with real cash prizes.

“Gamelancer’s unparalleled social media reach within the GenZ gaming community will augment this exciting venture and add a world-class loyalty and rewards operator to our ever-expanding offerings to our fans.”

A regulatory-approved customer network linked to online gaming and loyalty programs, Gambit empowers its customers to redeem their play across participating loyalty sites via their free-to-play gift cards already available in 48 out of 50 US states by converting reward points into risk-free online casino play and sports betting experiences.

Also commenting on the agreement, Gambit Rewards’ founder and chief executive officer Richard Pistilli outlined that the loyalty model implemented by the company enhances “all forms of user promotions and incentives” and the partnership with Gamelancer will enable a new way for the network’s massive audience to redeem their points for free sports betting and iGaming experience.

“In addition to converting points to Gambit Tokens, all Gambit users will also be able to redeem Gambit Prize Tokens for Gamelancer points, extending our options for how to claim winnings. Together, our gamified loyalty experience and Gamelancer’s social gaming network are perfect complements.”

Gambit users can utilize a variety of online casino play and sports betting to win cash, cryptocurrencies, charitable contributions, and other prizes, without risking their hard-earned money within a centralized hub for loyalty gaming for the entire industry bringing $100 billion of cumulative value in unused loyalty points.

Gambit Rewards was acquired by Snipp Interactive at the beginning of 2022 as part of the $5 million acquisition of its parent Gambit. In April, a minority stake at Snipp was acquired by Bally’s Corporation as the Standard hedge fund-led group invested $5 million.

As part of the investment, Bally’s also received the first refusal to competitor acquisition bids and a three-year license of the SnippLoyalty platform at arm’s length.