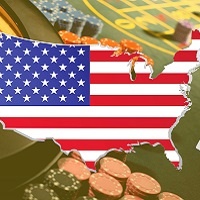 This week’s gambling news finds us in Las Vegas, where the World Series of Poker has officially kicked off! But as the WSOP ramps up, some Las Vegas casinos remain closed from the pandemic! Also, a Massachusetts sports betting update just in time for the NBA Finals!

This week’s big story finds that the 2022 World Series of Poker is officially up and running in Las Vegas at Bally’s Casino… I mean at the Horseshoe Casino… I mean they’re calling it Bally’s, but it’s really the Horseshoe… I mean at some point it’s going to be the Horseshoe, but right now it’s it’s Bally’s. It’s all very confusing. The point is the World Series of Poker has started, people are playing, and bracelets are being passed out. In fact, I myself am considering heading down to whatever they’re calling that place and participating in the $10,000 buy-in Main Event. I just need someone out there to PayPal me about $9,800.

Also, if you’re planning a trip to Las Vegas, either for the WSOP or maybe just to have some fun,  more gambling news finds that there are several casinos which remain closed from the pandemic. Some of those include Texas Station, Fiesta Rancho, and Fiesta Henderson. All owned and operated by Station Casinos. Word has it that Fiesta Henderson will remain closed for the rest of this year, and Texas Station and Fiesta Rancho will be closed at least until June of 2023. Then again, there’s some speculation that Station could sell one or all three of those properties.

And as hope slowly fades for regulated sports betting in Massachusetts this year, the governor there is using the NBA Finals to push that agenda forward. You see, the Boston Celtics are playing in the Finals, and the Governor thought: Hmm! Here’s an opportunity! Governor Charlie Baker says that not regulating sports betting in his state will only benefit the black market. Plus, it will send Massachusetts sports bettors (and their tax dollars) across borders into neighboring states where the activity is legal and regulated. Pretty much the exact same argument that we’ve been using for regulation for the past 20 years!

Our final bit of gambling news this week is a new game review is for the Berryburst Online Slot from our friends at Net Entertainment. It’s a five reel, three row game just in time for the summer months that comes with the Cluster Pays game mechanic. There are re-spins, wilds and expanding wilds, and cool, sweet berries of course! You can find this game review, along with hundreds more, when you visit our YouTube channel.

2022-06-07
Previous Post: Traveling Through the Canadian Rockies – Part I of II
Next Post: NFL 2022 Dallas Cowboys Win/Loss Betting Prediction for the Upcoming Season