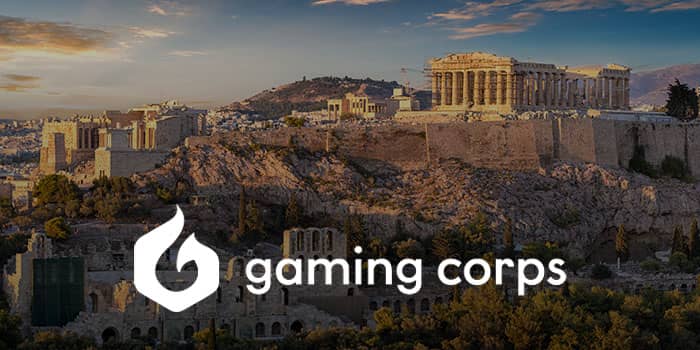 Swedish iGaming supplier and developer Gaming Corps announced its entry into the Greek market thanks to a partnership with operators Kaizen Gaming and Novibet. The company will use its extensive portfolio of games to bolster the offerings of its newest partners. Gaming Corps has also pledged to develop additional region-specific content to capitalize on untapped markets.

Gaming Corps has gathered substantial momentum in 2022, enjoying rapid expansion and a series of high-profile partnerships. The developer took off in the second part of the year after launching in Gibraltar through the Relax Gaming platform in October. November saw a content partnership deal with Casino777, paving the way for Gaming Corps’s entry into the Belgian market.

The company’s rapid expansion did not stop there. Gaming Corps solidified its position as a leading European developer thanks to its newly acquired Netherlands license, even successfully expanding to South America after the strategic collaboration with Sportingtech allowed it entry into Brazil.

The developer appears confident in the quality of its offerings, previously expressing its intention to spread its products to as many countries as possible. Gaming Corps also announced it would reinforce its content creation pipeline, including developing area-specific offerings to tap into unexplored niches.

Gaming Corps’ Greek launch capitalizes on the developer’s partnerships with leading regional operators Kaizen Gaming and Novibet. As proven leaders in the European market, the companies will benefit from the developer’s portfolio of engaging titles built on their success in the video game industry.

Gaming Corps CEO Juha Kauppinen noted that obtaining a Greek license was among the company’s top priorities because of its strong ties with the most substantial regional operators. He thanked customers for their support and committed to delivering more engaging content.

We are… grateful to our commercial team for their hard work and our customers for their support for yet another market entry.

The developer plans to go live in Greece as soon as it receives the green light from the Hellenic Gaming Commission. Local fans will receive access to a diverse selection of slot, plinko, mine, crash, and table games. Some of Gaming Corps’s best-performing titles include the likes of Jet Lucky 2, Plinko, Stormy Witch, Coin Miner, and Penalty Champion. They should be available in all partner-owned brands, giving the developer access to roughly 80% of the lucrative Greek market.