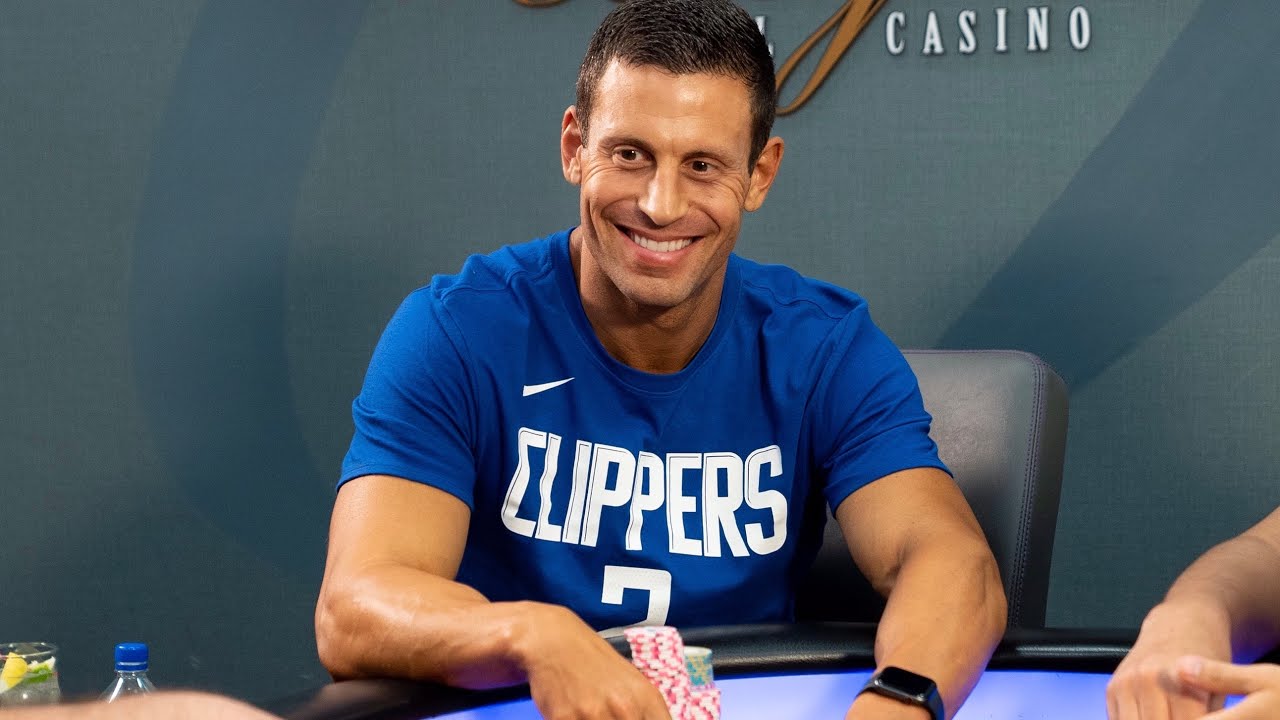 Garrett Adelstein has finally revealed his hand and outlined how he believes Robbi Jade Lew made an improbable call with jack-high in a $269K pot.

Garrett Adelstein has given his take on what went down at Hustler Casino and why he believes Robbi Jade Lew cheated. (Image: YouTube/Live at the Bike)

Although he initially addressed the situation on Twitter, Adelstein has remained tight-lipped since the incident broke on September 29. We now know he was keeping a low profile on the advice of his legal team.

Now, with more information coming to light regarding a former employee at Hustler Casino, Adelstein has written a lengthy forum post. In the post on 2+2, Adelstein opens by apologizing for overusing the word “allegedly” but, on the advice of his legal team, it’s necessary.

He then goes on to say that he believes with “great confidence” that Robbi Jade Lew was part of the “cheating ring” with “at least three members.” Adelstein’s post states that the alleged accomplices are Rip, a player in the game who reportedly staked Lew, and Bryan Sagbigsal.

The mention of Sagbigsal is notable as it also transpired at the end of last week that he was sacked by Hustler for stealing chips. Video footage showed the former employee, who worked on the casino’s live streams, palming $15K worth of chips from Lew’s stack.

Lew revealed on Twitter that she didn’t press charges against Sagbigsal. She also showed a series of direct messages from someone claiming to be Sagbigsal (see tweet above). The account belonging to Sagbigsal was later deleted and, even though they’d previously followed each other, Lew said she didn’t know him.

Adelstein believes this is a lie. His report on the “likely cheating at Hustler Casino” outlines his theory on how Lew, Sagbigsal, and Rip orchestrated the alleged scam. In Adelstein’s opinion, Sagbigsal had access to the control room for Hustler’s live stream.

This has since been confirmed by the show’s owners, Ryan Feldman and Nick Vertucci. Adelstein believes Sagbigsal was able to see all the cards in play, including those in the table’s automatic shuffle machine. That would mean he not only knew everyone’s hands, but the cards about to be dealt.

Adelstein alleges signals were being sent in three directions

As written in Adelstein’s post, Sagbigsal “signaled information about those hole cards to Rip, Robbie, or potentially both.” Adelstein goes on to write that the J-4 call from Lew (see video below) probably wasn’t the first time she’d cheated.

Adelstein also provides some information on Sagbigsal who, in his words, is “allegedly a known problem gambler” who sought information on “methods of cheating.” The forum post then contains time-stamped video clips from the stream, which Adelstein says show Rip and Lew colluding.

One of the more notable clips Adelstein refers to involves Rip and Lew in a pot where they both have A-Q (see video below). Garrett Adelstein asks people to note the “body language” Rip uses, including “tilting his head” and “touching his right shoulder.”

Doug Polk goes inside Hustler, talk of whispers on stream

Doug Polk has already given his take on Adelstein’s post (see video below). He played in one of Hustler Casino’s games last week and spent time with Feldman and Vertucci discussing how they’re investigating the hand.

Away from Adelstein’s report, Twitter user Blair Baumbach believes there are clues in the stream’s audio. He thinks a snippet has been cut from the stream at 1:47:18. He tweeted that someone could be heard whispering “Robbi” in the original video.

He also tweeted that there’s another example of the whispering at 3:16:36 in the video below. Other Twitter users believe they heard it as well. CardsChat also went through the stream and, from what we can tell, someone does seem to whisper the word “Robbi.” Who said it or where it came from isn’t clear, nor is it evidence of cheating.

It’s also worth noting that another run through the stream appears to offer a different take. Where we assumed there was someone whispering “Robbi,” we can now hear what sounds like a gust of wind. Check out the video below with the sound turned up to see what you think.

However, it’s yet another thread in what’s becoming an increasingly tangled mess. We know Hustler Casino is conducting a thorough investigation, as are many of poker’s high-profile figures, including Joe Ingram.

One thing we know for certain right now is that Adelstein has made his position clear. You can also read about what poker pro and CardsChat columnist Chris Wallace thinks about the Adelstein vs. Lew scandal.