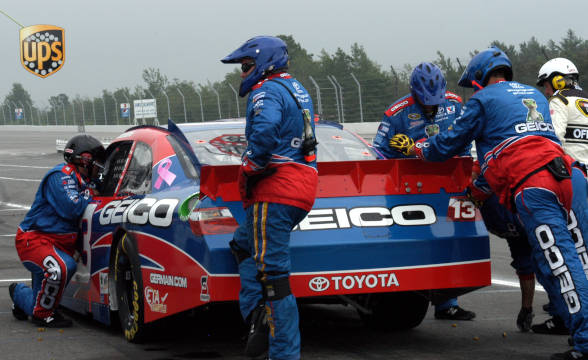 This event has been on the NASCAR schedule since 1970, and has been one of the fastest races on the calendar with cars hitting average speeds of ~150 mph. Last year’s winner, for example, Brad Keselowski, won the race with an average speed of 147.62 mph.

Speaking of Keselowski, he’s currently sharing the #1 spot for most wins in GEICO 500 with Jeff Gordon. Both have won the race four times, but unlike Gordon who’s retired, Keselowski has a chance to add a few more wins to his portfolio. In fact, oddsmakers think he might win his fifth title this Sunday.

RFK Racing’s ace is seen as one of the top contenders for the 2022 race, although there are several drivers who are given shorter odds than him, which you can see in the table below.

When, Where, and How to Watch

Ryan Blaney, the driver who won the race two years ago, is seen as the #1 favorite to win the 2022 race. Still, his odds are +1000, meaning that he’s far from being a sure bet. In fact, it seems that anyone could win the Talladega event.

Brad Keselowski is one of the drivers that stands out from the crowd. The main reason why he mustn’t be underestimated is that he loves this race. He’s won it four times and now has a chance to win it for the record fifth time.

The reason why his odds aren’t shorter is that this hasn’t been his best season. In fact, Keselowski’s best finish in 2022 happened at the Daytona 500, the first race of the season. He finished in the #9 position in that race.

The man who’s been having the time of his life in 2022 is Chase Elliott. He’s currently ranked #1 in the Drivers Championship, even though he’s yet to win a race this year. Maybe that will happen this Sunday?

Elliott has finished in the top 10 in six of the nine races he’s driven in 2022. Although he didn’t win any of those, he does have plenty of wins in his portfolio. In fact, he even has one GEICO 5500 triumph.