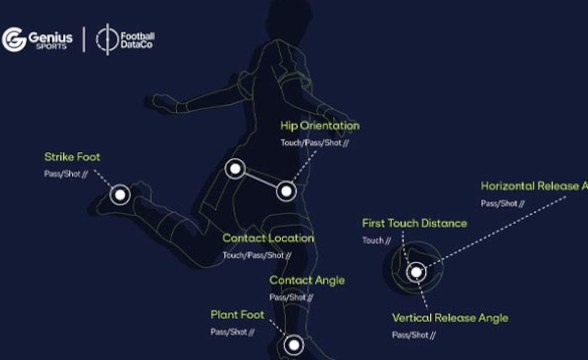 Genius Sports has extended an already existing partnership with Football DataCo (FDC) which will now include sub-second and skeletal tracking data across the Premier League. This is the latest partnership that Genius Sports strikes to offer more extensive data and live-action tracking, an important and valuable asset that is used by broadcasters, teams, leagues, and even sports betting operators.

New Data to Be Collected to Improve Fan Experience & More

The two companies originally formed a partnership back in 2019 when Genius Sports deployed the Second Spectrum technology for comprehensive data tracking. This expansion will enable the FDC to innovate the way data is collected, analyzed, and subsequently presented, said FDC general manager Adrian Ford. He added:

Working with Genius Sports’ Second Spectrum technology enables Football DataCo to be at the cutting edge of what is possible, and we look forward to developing new ways of using data for our stakeholders.

This partnership expansion will not come with a significant effort from either party as Genius Sports already has everything installed and ready in every venue and Genius can freely switch to collecting the data that has been negotiated under the extension.

FDC and Genius Sports are also keen to continue collaborating on how skeletal tracking data can be used for top-flight clubs, fan, and spots media partners, including broadcasters. Genius Sports CEO Mark Locke welcomed the opportunity and hailed it as an important next step for the company, its ability to drive storytelling and fan engagement. He said:

Genius has believed deeply in this vision for many years, which is now becoming a reality in partnership with Football DataCo and the Premier League.

Locke confirmed that Genius Sports will remain committed to leveraging data to enhance how the Premier League is “consumed” by its millions of passionate fans around the world. Genius Sports has been in the business of sports data and tech for a long while now.

It’s one of the most trusted tech solution providers as well. The company recently teamed up with bet365, extending an existing partnership to cover thousands of events. A similar partnership was also forged with the Australian Professional Leagues (APL).