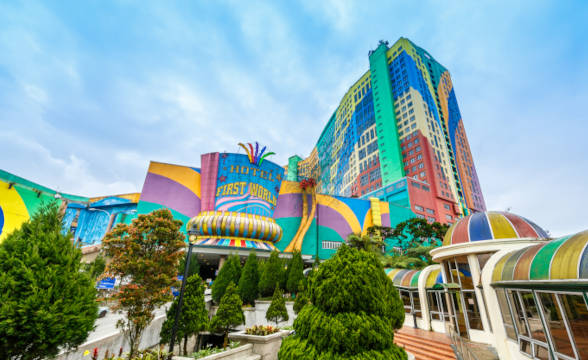 Genting Malaysia posted strong results during the second quarter of the year ended on June 30, 2022. The company reported $478 million (MYR2.18 billion) in revenue or a five-fold increase. The key driver of this revenue was the Malaysian Integrated Resort.

Resorts World Genting managed to pull in $293 million over the period, or some MYR1.31 billion in local currency. The second-quarter results continued to build up on the slight recovery registered in the first quarter of the year, for the period ended on March 31. At the time, the Group reported $385 million (MYR1.72 billion) in revenue. Resorts World Gaming generated $206 million in the previous quarter.

The latest financial results remained strong, nevertheless. Adjusted EBITDA for the quarter was reported as $139 million or MYR619.5 million. This was a significant year-over-year jump from the $10 million reported in the second quarter of 2021, and an improvement still from the $93 million (MYR414.4 million) reported in Q1 2022.

Genting Malaysia continues to operate well beyond Malaysia, focusing on developments in Egypt and the United Kingdom. Results in those properties also managed to increase significantly in year-over-year terms. The combined revenue for the overseas properties reached $85 million or MYR381.2 million.

In the United States, revenue stood at $93 million or MYR417.2 million with Genting Malaysian demonstrating strong diversification. The Group will also pursue the establishment of better synergies between RWNYC and Resorts World Cocktail, hoping to consolidate its local market exposure and maintain a leading position in the northeast US region.

Still, Asia remains its stomping ground where the company hopes to achieve full recovery as the risk of a massive COVID-19 outbreak remains moderate. So much that the company has allowed itself to be cautiously optimistic for the near-term outlook of the leisure and hospitality industry, Genting Malaysia stated in the official Q2 report.

Efforts Beyond Asian Markets Paying Off

In Malaysia, the Group intends to continue optimizing yield contributions by focusing on key business verticals and database marketing efforts. Foreign and domestic visitations to Resorts World Genting will also constitute a big part of the Group’s future results. The Group is also eyeing a boost in travel demand in the Bahamas as pent-up demand is most likely to drive significant revenue for the company in the quarters ahead.

A lot hinges on the COVID-19 pandemic being kept at bay so that traveling can pick pre-pandemic levels. A shift in the overall attitude has also been noticed, with companies trying actively to attract higher-value customers.

2022-08-26
Previous Post: Blueprint Gaming brings back one of its most popular franchises in Genie Jackpots Big Spin Frenzy
Next Post: Ontario Regulator Fines Unibet Over Ads