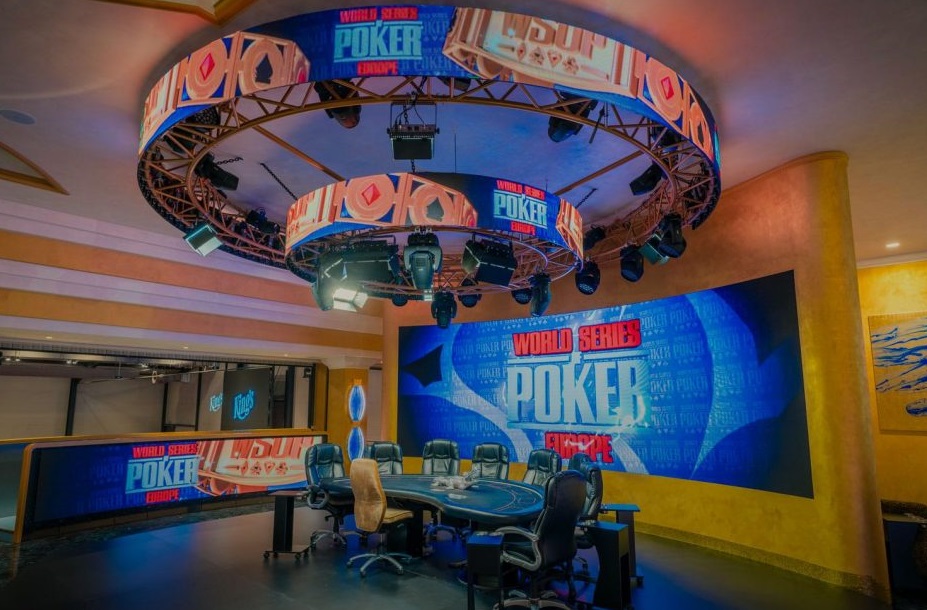 The World Series of Poker Europe (WSOPE) is fast approaching and, in its capacity as official partner, GGPoker is running exclusive qualifiers for the €10,350 Main Event.

GGPoker has launched its official satellites for this year’s WSOPE Main Event, with qualifiers starting at €25. (Image: King’s Resort)

The official routes to Rozvadov opened on October 10, and GGPoker will be running dozens of satellites every day until October 23.

Those that make it through the qualifiers will win a seat in the WSOPE Main Event, which gets underway on November 11 inside King’s Resort Rozvadov.

GGPoker’s John Scanlon said the latest WSOP satellites will send a “squad” of qualifiers to the Czech Republic. With the WSOPE Main Event offering a €5 million ($4.8 million) guaranteed prizepool, Scanlon said players will get to compete in one of Europe’s “most prestigious” live events.

Satellites to the WSOPE Main Event start at €25 ($24). These Step One MTTs provide a way into Step Two satellites costing €250 ($240) and so on. Put simply, GGPoker has implemented a steps system, which means you can work your way up a ladder of increasingly more expensive MTTs.

GGPoker’s Road to the WSOPE isn’t offering prize packages, so winners are responsible for their own travel and accommodation. However, with King’s Resort offering hotel rooms, as well as one of Europe’s biggest poker rooms, there are plenty of options for those attending.

WSOPE back as big as ever after COVID-19

In total, there are 15 bracelets up for grabs and a total guaranteed prizepool of €12 million ($11.6 million). This schedule of events shows just how much the WSOPE has grown over the last 15 years. 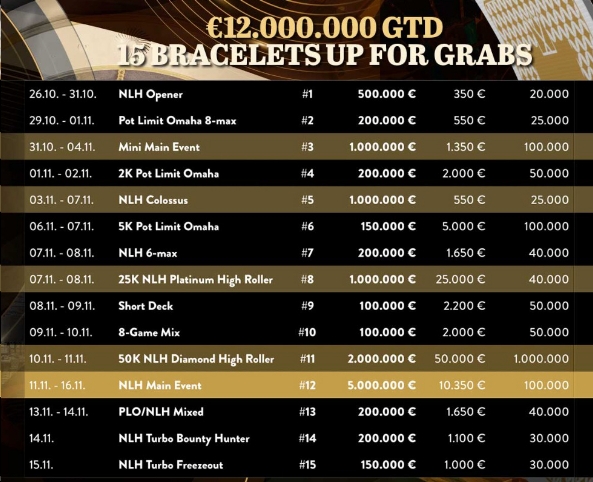 There are 15 events on this year’s WSOPE schedule. (Image: WSOP)

When the inaugural series took place in 2007, London’s Empire Casino hosted three tournaments. Annette Obrestad won the Main Event to become the youngest bracelet winner in history. After this, the WSOPE stayed in London until 2011 before it was moved to France.

Since then, the series has been held in Germany and, most recently, the Czech Republic where it’s been since 2017. This year’s WSOPE will be the first one since 2019 that isn’t going to be affected by COVID-19 restrictions.

There won’t be any restrictions this year, which means everyone, including GGPoker qualifiers, can look forward to plenty of action between October 26 and November 15.