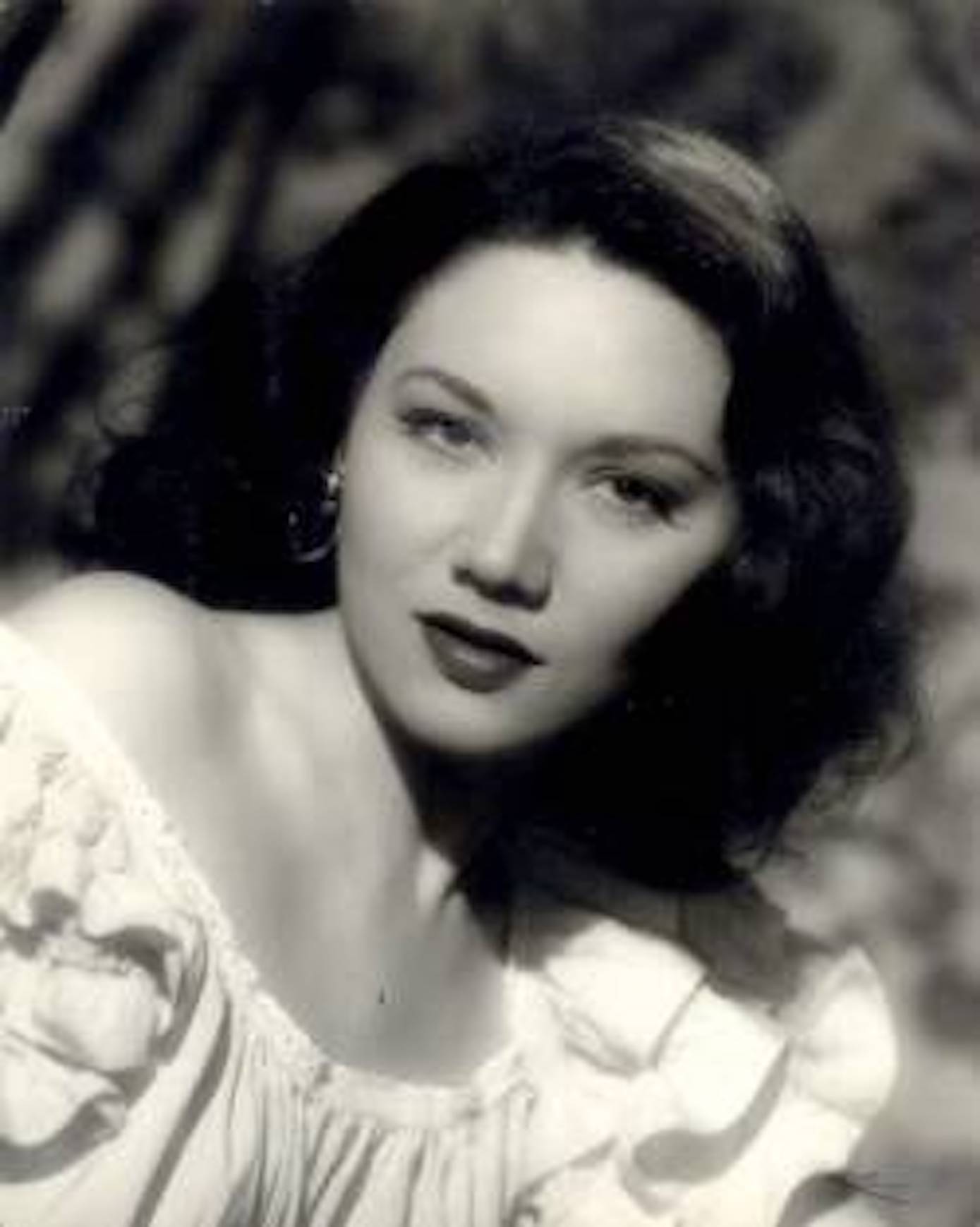 Many younger people may not recognize the name of Gloria Dea. But this week, the 100-year-old Las Vegas resident was honored in an effort to give Las Vegas’s first performing magician her rightful place in history.

Gloria Dea in a photo from her post-WW 2 days as an actress and magician. She was honored this week for being Las Vegas’s first performing magician. (Image: notreCinema)

Starting on May 14, 1941, seven months before the invasion of Pearl Harbor, Dea, then just 19, began performing her magic act at the El Rancho Vegas’s Roundup Room.

It is generally accepted as the first appearance by a magician ever in Las Vegas, the Las Vegas Review-Journal recalled this week.

She started with two shows a night. The crowds went wild for her billiard-ball trick and a floating-card trick. Her father, magician Leo Metzner, known on stage as “The Great Leo,” taught her as a child how to do those tricks.

Dea also performed the rumba and other dances back in those days in live performances. The El Rancho hotel band provided the music.

Given Key to The Strip

On Thursday, 81 years later, Dea was given the ceremonial key to the Las Vegas Strip at the Westgate Resort and Casino. (That is her favorite casino, the Review-Journal revealed.)

This week, it was recalled how Dea remained in Las Vegas for about a half-dozen years. Then in the post-war years she returned to her native California where she acted in Hollywood movies. During one role in “King of The Congo,” she co-starred with Buster Crabbe.

She later worked in sales. But as time went on, she returned to Las Vegas. Many people did not remember her earlier days. But word spread of her groundbreaking magic acts among today’s headlining magicians.

Dea still performs magic tricks at an assisted-living residence in Las Vegas where she now resides. The audience still appreciates the act.

On Thursday, Dea also was thankful for the turnout and the honors. But showing humility, she was quoted that she was “not worthy, that’s for sure.”

Even though she uses a wheelchair and is accompanied by a health aide, she was wildly applauded Thursday for everything she did to bring magic as a performance art to Las Vegas.

“Magic is such an important part of this town,” Copperfield was quoted by KVVU, a local TV station. “There’s more magic now than ever before. Gloria, in a way, opened that door.”

“Magic should be about taking audiences on journeys,” Copperfield added. “This whole journey of discovering Gloria, this hidden treasure, has been wondrous, thrilling and very gratifying.”

Clark County Commissioner Tick Segerblom also pointed out that Dea was the “first magician of any kind, male or female” to perform in Las Vegas.

Several magicians are working to ensure future generations learn about Dea. They include AnnaRose Einarsen, a hypnotist, and magician Lance Rich. Plans are in place to collect Dea’s artifacts and make a display at a local museum, KVVU said.