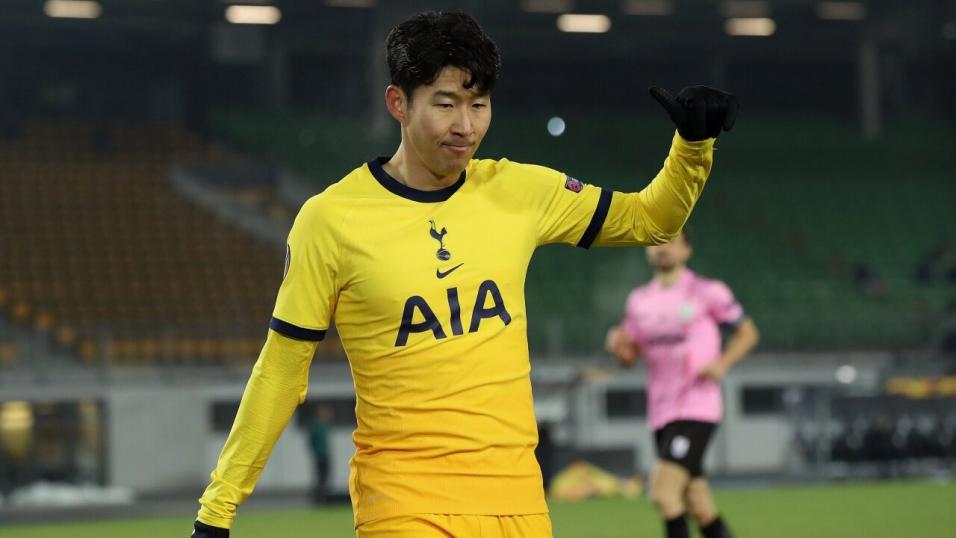 What to make of Tottenham?

Their last 11 games have brought five wins and six defeats with just one result repeated in that run – back-to-back home defeats to Southampton and Wolves.

Their inconsistency is summed up by the fact they followed those losses by blowing the title race wide open with a 3-2 victory at Manchester City last weekend. And since they’ve lost at relegation-threatened Burnley.

Fans are hugely frustrated but, more importantly, so too is their manager.

Antonio Conte’s quote last weekend that the Spurs players were the best group he’d worked with was followed four days later by the Italian questioning whether he was the right man to lead them, adding: “In this club, they change the coaches but the players are the same, and the result doesn’t change.”

That’s hardly the ringing endorsement he was giving in Manchester.

The good news is there they face a side even deeper in the mud right now.

Leeds simply can’t stop conceding goals. Losing 7-0 at Manchester City could have been labelled a one-off but in midweek, away to the other title contenders, Liverpool, they were blasted 6-0.

Throw in a recent 3-0 defeat at fellow strugglers Everton and a 4-2 home loss to Manchester United last weekend and it’s clear Marcelo Bielsa hasn’t been able to plug the gaps.

It’s easy to suggest that Bielsa’s unwillingness (or inability) to tighten up his team is leading them back to Championship – Leeds sit three points outside the drop zone as I write this and could be in the bottom three come Saturday night if results go against them.

But with huge credit in the bank, the majority of Leeds fans remain firmly behind their manager.

To be fair, Leeds have had horrendous injury problems this term and have been forced to change their defensive line virtually every game. At centre-back, Liam Cooper remains out, while Robin Koch and Diego Llorente are again doubts for this one.

Harry Kane and Son Heung-min carved open Manchester City last week; it’s not hard to envisage them repeating the trick against the worst defence in the league, one operating at well below full strength.

Perhaps the biggest factor in Leeds’ woes has been the loss of Kalvin Phillips.

The defensive shield has missed the last 11 games during which time the Whites have shipped a remarkable 36 goals. Eight of them have been lost.

How to back Spurs

For all Spurs’ problems, it’s hard to see them being kept out here and 1.9520/21 about the away win could look huge come the final whistle.

For now, it’s all about trusting a side who have failed to deliver rather too often of late.

I’m prepared to give them that trust on this occasion.

Leeds – 4.1 to win the game – will still come out and play and Kane and Son are masters at exposing gaps left and one suspects Spurs will hit their hosts on the counter-attack time and again.

However, with Spurs having been pretty suspect at the back of late – including keeper Hugo Lloris throwing in some pretty horrific errors – perhaps the best way to side with them is to back them to win and both teams to score.

Leeds’ game against Manchester United last Sunday was the perfect example of how they will have a go, are capable of hurting teams, but also are too easy to score against.

Leeds have already lost via this method in six of their 11 games against the top eight, including in November’s reverse fixture. Two others have seen both teams score.

At Elland Road, United, West Ham and Arsenal have all triumphed while allowing their hosts to score, while BTTS landed against Wolves with the game drawn.

Three of Spurs’ five away wins have also seen both sides net, the Londoners winning 3-2 at Newcastle, Leicester and City.

This option takes the price to 3.613/5 which looks decent.

The higher goal lines also look worth considering given both sides’ recent results. Over 3.5 is 2.6 with over 4.5 at 5.1. Combine the last four games of each side and this has landed in five of eight. It certainly has potential.

In terms of the sub-markets, this looks a game set up for Kane and Son and it could pay to look at some of the bigger prices surrounding the visitors’ forwards.

On the Sportsbook, Son to assist a Kane goal is at 5/1 with the reverse option at 8s. Both men to have an assist is around 9/1 via the Bet Builder feature.

However, the one I’ll take a chance on is for Son to have two assists, something he managed at the Etihad Stadium last week.

The Korean has generally been in good form since returning from injury and is a master at threading through balls in breakaway moves.

Yes, it’s a long shot (22/1) but in the circumstances, one worth throwing some loose change at.