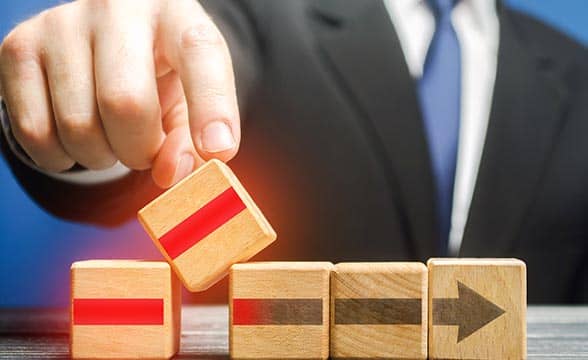 Casino operator Golden Entertainment released its quarterly financial report, showing stagnation across several important metrics. However, the company remains optimistic regarding the remainder of the year. This attitude is partly due to the upcoming sale of Rocky Gap Casino Resort, which should provide a substantial injection of capital.

Results Were Underwhelming across All Vectors

The recent financial report does not paint a great picture of Golden Entertainment. The operator recorded Q3 revenue of $278.99 million, a negligible decrease compared to the $282.42 million for the same period in 2021. Adjusted EBITDA took a more substantial hit, settling at $61.1 million, a 17% decline from the previous year.

None of Golden Entertainment’s venues reported a net increase this quarter. Nevada Casino Resorts revenues were down to $98.9 million for Q3 2022, a 5.3% drop compared to 2021. Nevada Locals Casinos fared slightly better. Third-quarter revenues of $37.7 million represent just under a 1% decrease. The situation is the same with Maryland Casino Resort, where the $21.6 million in revenue more or less remained the same year-on-year.

Category-wise, gaming traditionally remains the most significant contributor. However, profits still failed to match the previous quarter. The same is true for rooms, food, and beverage revenue. Only the “other” category reported a net increase. However, it failed to offset the other negative parameters.

Golden Entertainment is already taking measures to fill its coffers with the upcoming $260 million sale of the Rocky Gap Casino Resort. If all goes according to plan, the deal should conclude in Q2 2023. Century Casinos will acquire the entirety of Golden Entertainment’s operations for $56.1 million, while Vici Properties will pay $203.9 million for the property.

According to Golden Entertainment CEO Blake Sartini, the sale would represent a significant boon that would allow the company greater flexibility in the future.

(The sale) will allow us to focus further on our core operations, maintaining the strength of our balance sheet and opportunistically returning capital to shareholders.

Despite the recent financial report’s underwhelming results, Golden Entertainment remained optimistic regarding the remainder of the year, relying on its strong foundation despite the growing negative trends.

The Operator Expects a Reinvigorated Q4

Sartini noted that the operator’s recent performance remains substantially above pre-pandemic levels, indicating a successful recovery. The CEO attributed the stagnation to the increased impact of seasonality and expressed confidence in the company’s future success.

We are encouraged by the current business trends to start the fourth quarter, and we are well positioned to succeed in any economic environment.

Sartini’s lack of worry about the looming global trends and risk of recession stands in contrast to many other operators. However, the successful sale of Rocky Gap would provide a substantial buffer, hopefully allowing the company to weather the growing inflation. If the economic climate changes for the better, the extra funds can be used for strategic investments to bolster future growth.