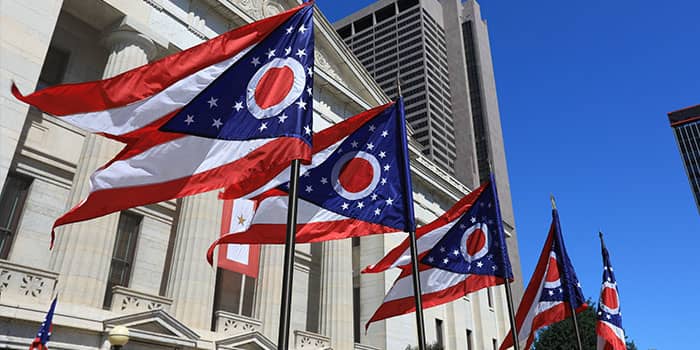 Funding campaigns for reelection has always been a hot topic, and with how prominent DeWine’s name is in the gambling scene, it comes as no surprise that there are many loose ends. An Associated Press report looked further into it.

The RGA reportedly donated more than $2 million to DeWine’s reelection bid. The funding was funneled through the RGA Right Direction PAC, and mostly found its way to two pro-DeWine PACs. As of September, the Free Ohio PAC had received $1.05 million, while the Ohioans for Free and Fair Elections PAC received $1.15 million from RGA’s campaign arm.

Approximately $1 million of the funds that went through RGA toward DeWine’s campaign allegedly came from gambling-related sources. This is neither illegal nor the first time this has happened. However, explicitly receiving donations for providing political support for a certain interest is illegal. Another issue there would be that private interests cannot be influencing public policy.

AP’s report outlined a curious instance in which IGT Global Solutions – a gambling company – issued a donation to the RGA, which then donated to the Right Direction PAC, which then was donated to the Free Ohio PAC, all within the same day. This raises questions over whether RGT was simply used to funnel funds toward DeWine.

IGT’s previous history ties it with the state’s lottery, and its total donations to RGA for the year were $320,000. Ohio’s lottery is currently run by a competitor – Intralot Inc. – until 2027. Intralot has also made donations to RGA, totaling $260,000. However, there are other gaming companies that can potentially relate to indirectly funding DeWine’s campaign as well.

Caesars was cited in the report, too, donating $250,000 to RGA in April. The Sports Betting Alliance reportedly donated to the RGA $120,000, while the Fair Gaming Coalition of Ohio donated $25,000. Michael Kiggin – a lobbyist for JackPocket, the lottery app – has also donated $25,000. A similar donation of $25,450 was made by NeoPollard Interactive – another gaming company.

The list of companies is as diverse as the state’s gambling scene, and DeWine has been a key proponent for expanding that scene. DeWine approved a sports betting bill at the tail end of December 2019. Now, almost exactly two years later, the state is just a couple of weeks from the January 1, 2023 launch date.
Professional and college matches are on the menu, as well as esports matches.

Intralot is already in the front seats. It signed a 5-year sports betting contract with the Ohio Lottery Commission. Genius Sports was the latest addition to Ohio’s upcoming sports betting market, as it will also be a licensed participant in the market in 2023.