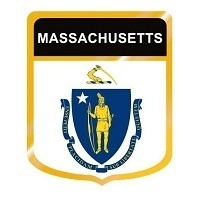 They may be down, but they’re not out… not yet. In fact, Massachusetts sports bets still very much have the support of Governor Charlie Baker. And things are being the struggle to legalize sports wagering in the state is being highlighted with the state’s own Boston Celtics in the NBA Finals.

The team managed to win game one in the best-of-seven series a few nights ago, and Governor Baker used that victory to highlight the benefits of regulating Massachusetts sports bets. As reported by MassLive, Baker flat out stated that citizens of his state were driving across borders in order to place bets on sporting events.

In addition to obvious fact that all those tax dollars are now heading to other states in New England, the Governor also alluded to the fact that the current situation still supports black market betting as well. With regulation, he said, you can bring this sort of thing “out of the shadows”.

Still, the fighting and disagreements between the state House and Senate leave a big gap between wanting to regulate Massachusetts sports bets and actually getting a deal done. Those disagreements focus on key issues, such as the tax rate, the use of credit cards, and betting on college sports games. The latter being what some politicians call a ‘deal breaker’.

Estimates are that the state could realize as much as $35 million in annual tax revenue if they legalized the activity. But the current legislative session is scheduled to end on July 31st, so good luck getting anything accomplished this year.