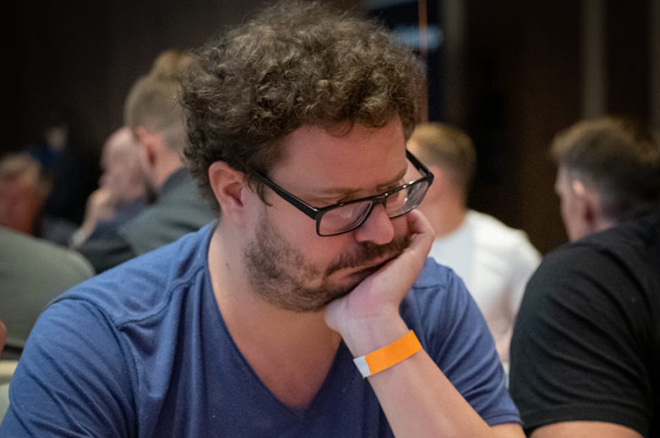 Day 1C of the €550 The Festival Tallinn Main Event drew in the biggest crowd yet with exactly 250 players buying in. After the tenth action-packed level concluded, only 88 of those players had chips that required bagging and tagging, and nobody had more chips than Gregory Bregy.

The Swiss star finished Day 1C with 209,100 chips, which not only topped the third flight’s overnight chip counts but propelled Bregy into the overall lead. Eight of Bregy’s 12 recorded live cashes stem from different countries. He now looks to improve that record to nine cashes in different countries from 13 in-the-money finishes.

Everyone who finished in the top ten chip counts has a realistic shot at turning their €550 investment into a much more meaningful amount. Of those in the top ten, six, including Bregy, return to the action on Day 2 with more than 100 big blinds in their arsenal.

Another players through to Day 2 is David Clark who took full advantage of the re-entry format. Clark busted during the first level when his ace-queen of diamonds lost to ace-king of Benjamins Forarjovs, with the chips going in the middle on an ace-nine-five-king board showing two diamonds. A brick of a river later and Clark was gone. He headed to the bar, sunk a beer, bought back in and ended up finishing with 110,200 chips.

Two players who either need to enter Day 1D or buy back in before then end of Day 2’s second level are former PKR sponsored pro James Sudworth and Sara “Miss Finland” Chafak who were two high-profile Day 1C casualties.