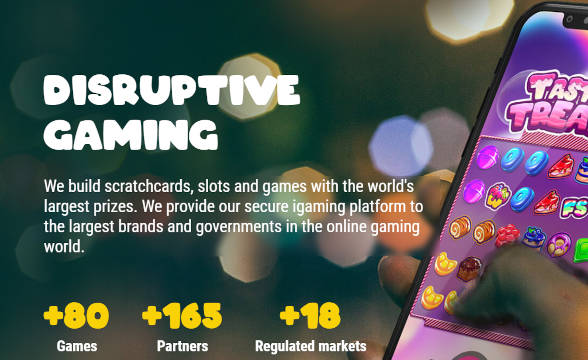 Hacksaw Gaming and Superbet Romania have signed a new content partnership which will see Hacksaw Gaming introduce its portfolio of games with the operator for the Eastern European market. The partnership will feature the first wave of casino games that will be integrated by the end of September, including popular player-favorite options such as Joker Bombs and Wanted Dead.

More games will follow throughout the rest of the year. Hacksaw Gaming CCO Gabrielle Star welcomed this opportunity and said that the brand was thrilled to be taking its content offer to the Romanian market with Superbet Ro. Star added:

Yet another achievement, expanding in regulated markets in the Romanian territory. We hope our new players will enjoy the game portfolio and we look forward to releasing more content in the foreseeable future.

The news was welcomed with similar enthusiasm by Superbet Ro’s team. Company gaming commercial, content, and live casino manager Nicolas Yu said that the company was thrilled to be adding yet more cutting-edge content from an accomplished developer such as Hacksaw Gaming. The brand, Yu noted, has high expectations from the content and its performance and is ecstatic to have the opportunity to add more slot games.

“To conclude, a great addition to our existing portfolio and we hope this partnership will thrive within the market,” Yu concluded. The good news was also appreciated by Hacksaw Gaming CEO Marcus Cordes who said that this collaboration marked yet another milestone partnership for the company this year. Bringing the brand’s games to the Romanian market constituted an important milestone.

“We look forward to expanding our operations in this market in the coming months and consolidating our existing markets with new and engaging content,” Cordes said. Previously, Superbet Ro added fresh content by BF Games and Evoplay. The Eastern European markets have been developing quickly over the past months. Recently, Pragmatic Play confirmed that it’s opening a new state-of-the-art live studio in Bulgaria and that it will be hiring more than 2,000 people before the end of 2023.