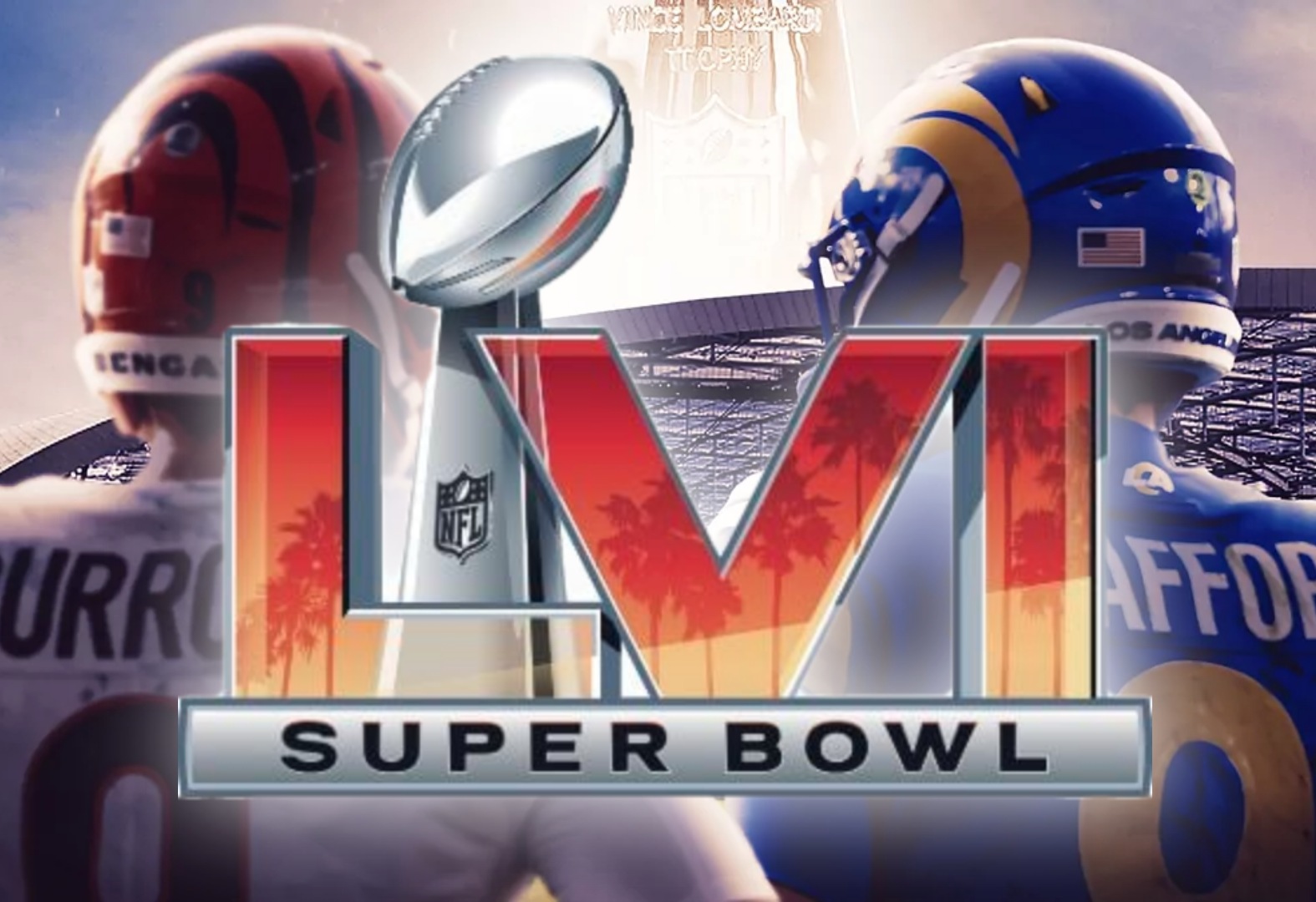 The big game is only 24 hours away and its time for our last article relating to that game. In this article we will go over both teams and what the stats say about each of them and explain any leans which we may have as a result.

These two teams match up very well and have pretty similar numbers on both sides of the ball. We will add or subtract points(s) from each grouping in order to come up with our own spread and possibly have a pick by the end. First lets take a look at how their offenses match up.

The Rams pass for 277 yards per game on offense. Stafford had arguably his most impressive season yet throwing for 4,886 yards – 41 TD’s and 17 ints.

Joe Burrow had a great season in his own right. He threw for 4.611 yards, 34 TD’s and 14 ints. Both teams are just about even on the passing front with a very slight advantage going to the Rams because of the yards and TD’s.

The Rams rushed for just 98 ypg this year which is not very good at all. They did so with a cast of characters including Cam Akers and Sony Michel. There was no Todd Gurley to smash the rock down the field or a Marshall Faulk type to run and catch on the fly. The offense is pretty much geared to heaving the ball down the field and using the run to keep defenses honest.

The Bengals don’t fare much better on the rushing side of things. Yes, they have a 1000 yard rusher in Joe Mixon and that is a great thing to have. But they average just 100 ypg on offense rushing (regular and post-season) and that not great number.

Advantage: None for Either Team

Both teams have great receivers. For the Rams, Cooper Kupp was only the fourth player since 1970 to achieve the WR triple crown (receptions, yards, TDs). They added Odell Beckham during the season and this made them that much better. Beckham caught 9 passes for 113 yards in the NFC Championship game for the Rams. See Odell Beckham Prop Offering Here

The Bengals have great receivers too. Rookie Ja’Marr Chase was outstanding, catching 1,455 yards worth of passes for 13 TD’s. Tee Higgins and Tyler Boyd are both very strong as well.

Still, there is a just a slight advantage on the Rams side of the ball.

The Rams have the bigger names like Jalen Ramsey and Eric Weddle but the Bengals are just as competitive. The Rams allow 238 yards per game in the air whereas the Bengals allow 247 yards. The difference is negligible.

Turnovers are the difference here. The Rams secured 19 int’s in the regular season and the Bengals amassed just 13 int’s.

Aaron Donald is a 3X NFL Defensive Player of the Year

The Rams have a guy on their defense named Aaron Donald. Have you heard of him? He is a wrecking ball. He stops the run and disrupts the pass. His teammates are no slouches either. They allowed less than 100 yards per game on the ground this season (95 to be exact).

The Bengals have a pretty good front 7 as well. My only critique is they do seem to get winded easier than their opponents in games I have watched. The Bengals allowed 106 ypg on the ground.

I’ll cut right to the chase here since people don’t really enjoy reading about special teams. The fact is that the Rams have a pro-bowl kicker in Matt Gay. Bengals’ kicker Evan McPherson is almost as talented, if not as talented, and therefore this is a scratch. But Bengals punter Kevin Huber has been spotty at best and this makes Johnny Hekker and the Rams have the slight advantage here. As far as kick returning both teams were in the middle of the pack in 2021.

This is only the second time in history that a team in playing in their home stadium for the big game. The first time in history was last season when the Bucs hosted the Chiefs. Though it is not a traditional home field advantage because the fans from Cincinnati will be pouring in, and you will have a large number of people there who are not fans of either team (they are just happy to be at a Super Bowl), there is still some advantage to be had.

The special home field advantage is not worth the usual 3 points usually deducted from home teams during the regular season. Still, the Rams players get to sleep and rise in their own homes and never have to get on a jet and fly across the country. That counts for something.

If you have done the math along the way you will see that the Rams have a slight advantage in almost every category. They are even playing at home for f*ck sake. By our calculations the Rams have a 3.5 point advantage over the Bengals. The official point spread itself is Rams -4, so it’s almost right on the money. I don’t see any clear cut play here based on all of the data and games I have watched this season.

However, there are some trend angles to look at:

These two trends would suggest that the Rams (-4) and the Under (48.5) are the play. Personally, I’m staying off this one and just hoping for an entertaining game to finish off a very entertaining NFL post-season.

For a giant selection of prop bets and Super Bowl squares contest, check out BetUS.com – They are the 2021 top rated sportsbook for good reason.