Over the years, we’ve captured memorable hands, many of which have become a part of poker history. In this column, we will bring you some of the biggest hands of the week as reported in the PokerNews Live Updates. Last week, PokerNews was on-site at three events around the world:

Below are five of the biggest and most interesting hands captured by the PokerNews Team while live reporting those events. 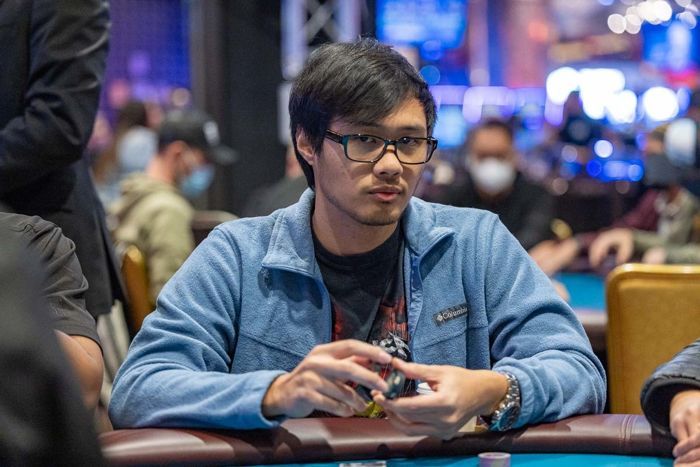 On Day 1a of the 2022 RGPS Jamul Casino $575 RunGood Main Event, it was Level 11 (1,000/2,000/2,000) when Timothy Vu raised under the fun and the player on the button called. MSPT Season 12 Player of the Year Kyna England, who was nominated for 2021 Breakout Player of the Year at the Global Poker Awards, came along from the big blind with the

and it was three-way action to a flop of

England checked and Vu continued with a bet, which inspired the player on the button to fold.

“I don’t remember the sizing but the way he threw the chips out I felt like he had nothing, so I called,” England would later tell PokerNews. That led to the

on the turn, which prompted another check from England.

“I hadn’t really pulled any big bluffs all day and it seemed like a good spot based on his actions and the board texture.”

“It just felt like he didn’t have anything, I don’t know it’s hard to explain,” England shared. “I had played with him a bit and he was making big bets with really weak hands. I thought I could get him off of it … I hadn’t really pulled any big bluffs all day and it seemed like a good spot based on his actions and the board texture. I was trying to rep a straight on the turn.”

Vu eventually called and left himself 17,000 headed to the river, which was the

. England followed through with the bluff by moving all in and Vu once again hit the tank. It appeared he didn’t have much of a hand, perhaps a missed draw of some sort.

Indeed, that was the case but with so much in the pot and so few chips left, Vu tossed in his chips to call with his

for a missed straight. He was understandably excited (he even did a victory lap around the table) to discover his king-queen barely edged out England’s king-seven to win the juicy pot.

After the hand, England admitted to what she believed was a crucial mistake – not properly assessing Vu’s stack.

“He was sitting right next to me though so I didn’t get a good look at his stack of gray chips, so based on how much he had, my sizing was kind of bad,” she said. “Probably if I check-raised to 35,000 [on the turn] and then jammed the river he would have had enough behind to still fold.”

As it was, Vu was fortunate enough to win one of the most interesting hands of the tournament. 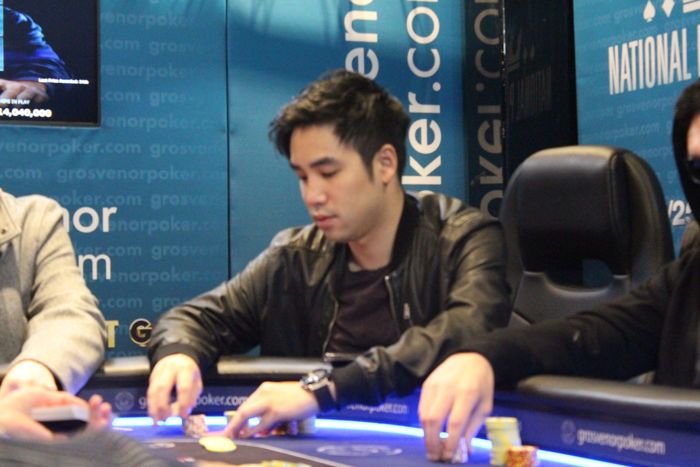 Both players checked and Chung took down the pot with his rivered pair, moving into the chip lead after the biggest hand of the tournament up to that point. 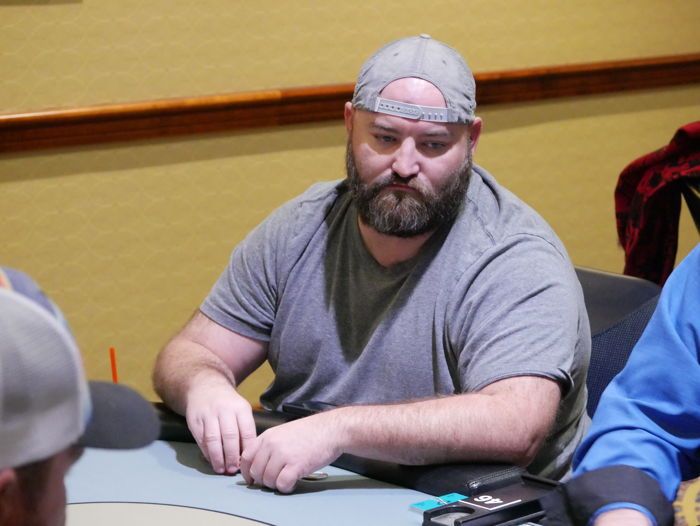 and a pair of kings was good enough for Stewart to eliminate Hastings and take the big pot. 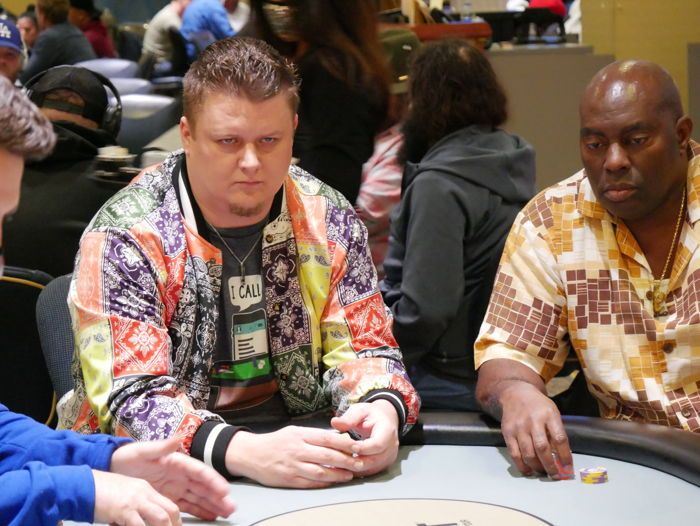 Stewart raised to 3,000 from the button and Thomas flat-called from the big blind.

and Thomas needed some help.

and the river was

, giving Thomas the runner-runner straight to knock Stewart out of Day 1a. 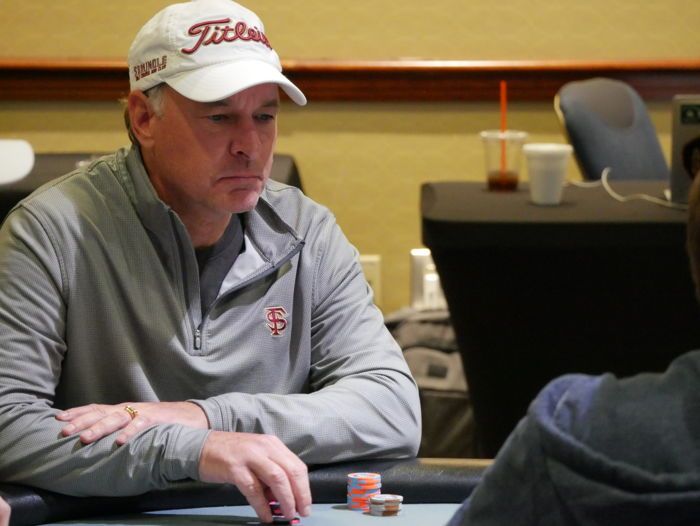 Ryan Hohner raised to 22,000 from under the gun and Slay moved his stack in from the next seat over. Action folded around and Hohner tossed in chips for a call. Action was heads-up and Slay was at risk.

and the aces held to secure Slay his second double in as many hands.

PokerNews was drawn back to the table almost immediately to find Cheryl Parker and Ed Buker all in with Slay as the caller with both players covered.

and the aces held once again to give Slay the double knockout. Parker exits the tournament as the Last Woman Standing and Slay goes from 60,000 to over 500,000 in the blink of an eye.