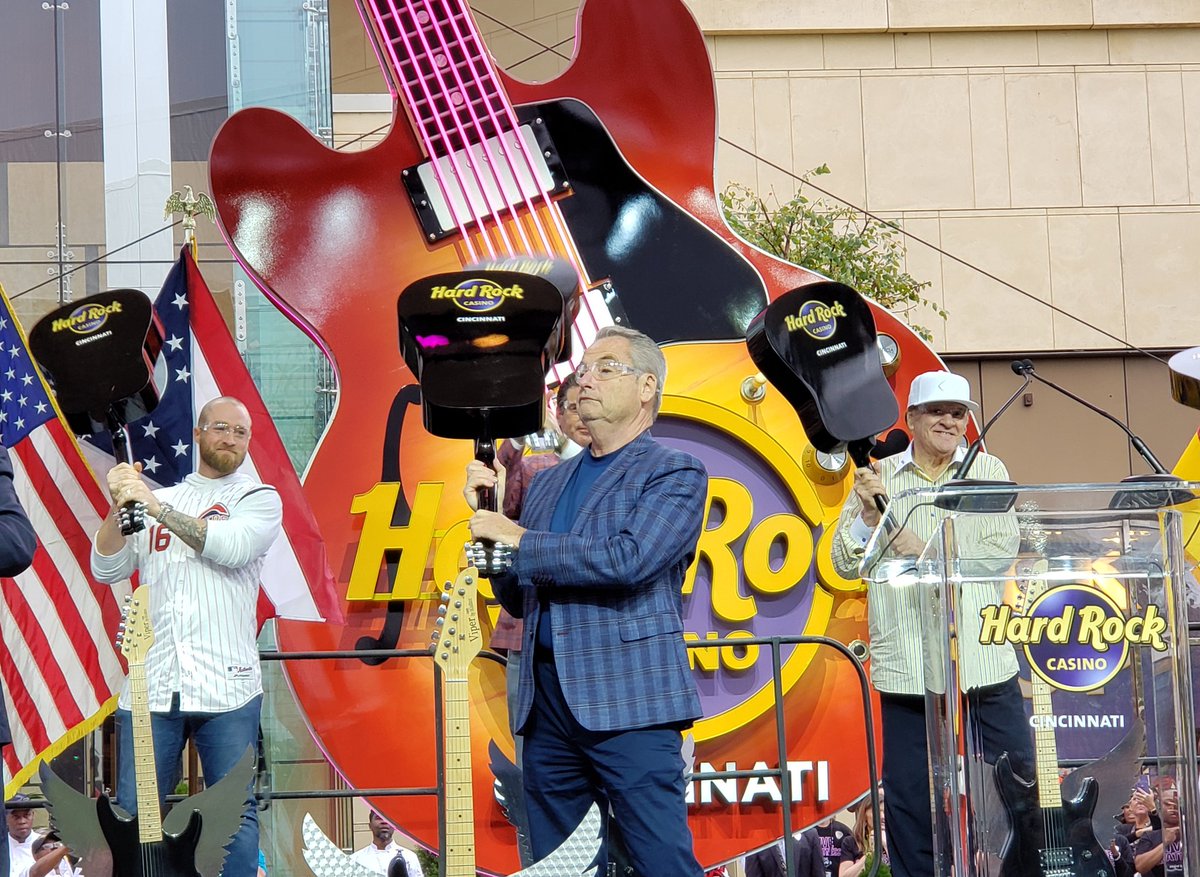 Jim Allen, the chairman of Hard Rock International, will take the helm of the US gaming industry’s preeminent trade organization early next year.

Hard Rock International Chairman Jim Allen, seen here recently at the opening of Hard Rock Casino Cincinnati, is set to lead the American Gaming Association next year. The trade group announced his appointment as chairman of the board today, November 5. (Image: Twitter)

The American Gaming Association (AGA) announced today that Allen will become the lobbying group’s board chairman beginning in January. Allen will succeed Trevor Croker in the role, who is the CEO and managing director of Aristocrat Technologies. Croker led the AGA since January of this year.

Hard Rock International is today a major power player in the US and global gaming industries. The longtime hospitality and gaming exec says he’s prepared to lead the industry in a most challenging time.

This is a pivotal juncture for the gaming industry and I’m honored to serve as the AGA’s next chairman,” Allen said in a statement.

Founded in 1994, the AGA lobbies on behalf of the gaming industry on federal legislation and state regulatory matters. Its member Rolodex is a Who’s Who of commercial and tribal casino operators. Notable members include Las Vegas Sands, MGM Resorts, Caesars Entertainment, Seminole Hard Rock, Foxwoods and Mohegan Sun, and the Cherokee Nation.

Like most industries, the US gaming industry suffered greatly because of COVID-19. The pandemic resulted in every commercial casino — and nearly every tribal gaming facility — temporarily shuttering in an effort to slow the coronavirus spread.

Gaming is amid a comeback, as pent-up demand is fueling strong revenue numbers in Las Vegas and elsewhere across the nation. AGA President Bill Miller says Allen is the right man to continue the recovery.

Since Allen is employed by a hospitality and gaming corporation that is owned by a tribal entity — the Seminole Tribe of Florida — he has vast experience operating tribal and commercial casinos. That, Miller believes, provides him with vital insight.

“Jim brings decades of experience in commercial casino operations and tribal gaming — a perspective that will be invaluable as we work to set the industry’s agenda, accelerate gaming’s comeback and strengthen our value to communities across the country,” Miller declared.

Along with its Seminole/Hard Rock casinos in the company’s home state of Florida, Hard Rock International currently owns and/or operates casinos in Atlantic City, California, Indiana, Iowa, Mississippi, Nevada, Ohio, Canada, and the Dominican Republic. Hard Rock is under construction on a casino in Virginia and is seeking a license in Chicago, too.

A market Hard Rock desperate seeks entry to is the NYC metro and North Jersey. Allen said recently that the company would be interested in building not one, but two, casino resorts in the region should the firm be permitted.

Hard Rock has a longstanding partnership with the Meadowlands racetrack and sportsbook to build a casino there, should New Jersey decide to allow casinos outside of Atlantic City.