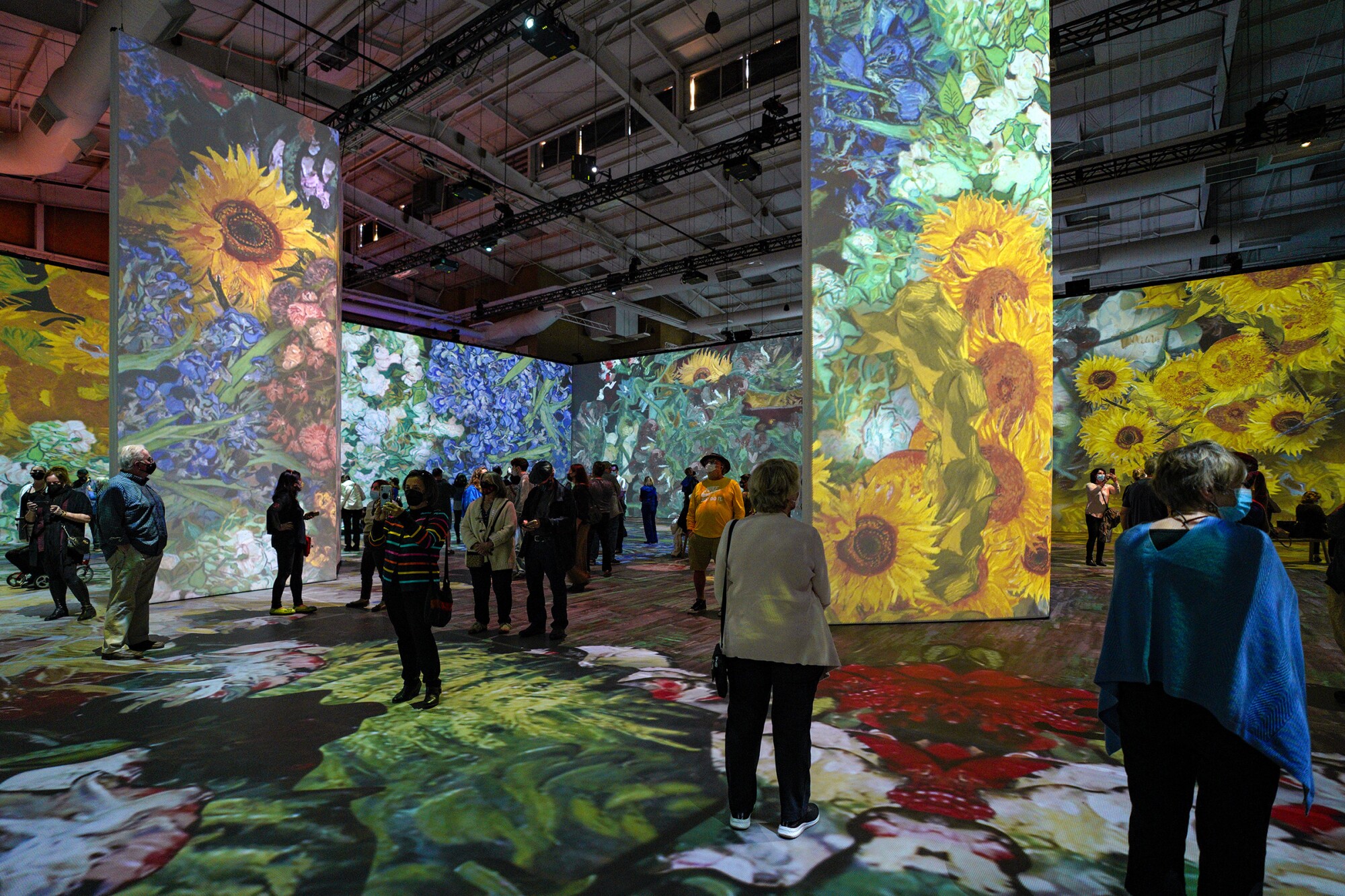 Dutch post-Impressionist painter Vincent van Gogh died in 1890. But his creativity is bringing new life to Atlantic City’s famed Boardwalk as part of a US tour of a three-dimensional exhibit. His work also appears this summer in Reno, Nev.’s Reno-Sparks Convention Center and other locations.

The Boardwalk exhibit of “Beyond Van Gogh: The Immersive Experience,” kicked off on Friday at the Hard Rock Hotel & Casino Atlantic City. It runs through Aug. 28 in the property’s Seminole Ballroom. Hours are Sunday through Thursday 10 am to 10 pm. Fridays and Saturdays it is open between 10 am and 11 pm.

Having been exhibited in Europe and elsewhere, the exhibit so far globally has sold over 2.5 million tickets.

The exhibit features more than 300 of his works. Art lovers and novices alike will quickly recognize such masterpieces as “The Starry Night,” “Sunflowers,” and “Cafe Terrace at Night.”

The exhibit is displayed in three rooms, each with its own focus. These are: the Education Room, the Waterfall Room, and Immersive Experience Room. High-resolution images are projected onto walls, screens, and floors. Total exhibition space measures some 30,000-square feet.

The exhibit takes about an hour to view. Hard Rock ticket prices start at $39.99 for adults and $23.99 for children, plus fees.

“Through the use of cutting-edge 3D projection technology and music to illuminate all of his genius, guests can experience the artist with all their senses,” St-Arnaud explained in a recent statement.

You need to try different experiential things to help the city acquire new visitation, whether it’s art or some other experience to acquire that person who doesn’t look at Atlantic City as just a gaming destination,” Lupo told CBS News.

“The van Gogh exhibit has been successful in every major market in the country, and Atlantic City needs to be looked at as one of those major markets. I think it elevates the city and the property with such a high-profile exhibit.”

Nationally, several casinos have found works of classic art of interest to their visitors.