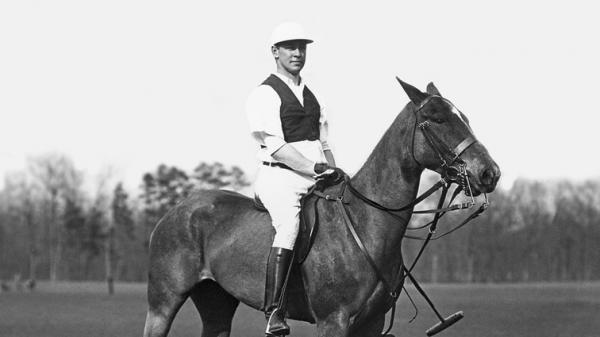 It is a common refrain among horse racing fans that they were introduced to the sport by a relative, often their father. This applies both to casual fans and to some of the greatest legends in the sport, including the unforgettable racehorse owner and breeder Harry Payne Whitney.

Born on April 29, 1872, in New York City, Harry Payne Whitney was a well-known social celebrity of his day, and his success in business – aided by a rich inheritance from his father – allowed him to devote his time to his favorite horse sports, which included polo as well as horse racing. After racing a few horses in partnership with his father, Whitney started his own racing stable in the early 1900s and was breeding champions just a few years later in Lexington, Ky. His remarkably quick success is amazing in and of itself, but from an overall numbers perspective, Whitney’s accomplishments are nothing short of astonishing. From 1905 through 1930, Whitney bred a staggering 191 stakes winners (an average of 7.3 per year), as well as 20 horses that are recognized by historians as champions of their divisions.

Though Whitney didn’t breed Whisk Broom II, he was one of Whitney’s first great runners, winning the Metropolitan, Brooklyn, and Suburban Handicaps in 1913 to sweep the old “Handicap Triple Crown” that was a major prize throughout the 1900s. Other notable champions included Cudgel, a two-time champion handicap male horse, and Mother Goose, a co-champion 2-year-old filly for whom the Mother Goose Stakes at Belmont Park is named.

But for all of the top-notch horses he campaigned, Whitney was perhaps best known for his broodmare band, which was impressive both in quantity and quality. “Whitney mares,” when available at auction, were considered the cream of the crop and had a long-lasting impact on the Thoroughbred breed, with their descendants remaining valued long after Whitney’s death.

Whitney also played a role in establishing the Kentucky Derby as the premiere race on the American racing calendar. In 1915, Whitney sent his champion filly Regret to compete in the run for the roses, and when she won in impressive fashion – becoming the first filly in history to win the Derby – the Daily Racing Form of May 9, 1915 quoted the emotional Whitney as saying, “I do not care if she never wins another race, nor if she never starts in another race, she has won the greatest race in America and I am satisfied.” This stamp of approval – coming from such a respected industry and social leader as Whitney—gave an aura of importance to the Derby that was the foundation for its future growth.

Whitney passed away near the end of 1930, shortly before two of the best horses he ever bred reached their peak at the races. One was Top Flight, who went unbeaten in seven starts as a 2-year-old in 1931 to become the champion of her division. Notably, she defeated colts in the Futurity Stakes at Belmont, then one of the most prestigious and coveted races in the country. The following year, she lost her unbeaten record, but still won the Acorn, Coaching Club American Oaks, Arlington Oaks, Alabama, and Ladies’ Handicap to repeat as the champion of her division.

The other horse that achieved greatness after Whitney’s death was Equipoise. Eventually nicknamed “The Chocolate Soldier” by his fans, Equipoise showed great promise in 1930 while winning seven stakes races and securing the title of co-champion 2-year-old colt, but he didn’t reach his peak until 1932 when he dominated the great handicap races on the East Coast en route to Horse of the Year honors. He repeated the title in 1933 and continued to race with success through 1935.

But for all the great horses he bred and raced, Whitney’s greatest legacy lived on through his family. Just as Whitney’s love of racing was kindled by his father, Whitney himself planted the seeds for racetrack success in his son Cornelius Vanderbilt “C. V.” Whitney, who took over the racing stable after his father’s death and was the owner of Equipoise and Top Flight during their championship seasons. While he was initially reluctant to embrace the management of such a large stable, he eventually dove into the task and was involved in the sport for more than 50 years, breeding five champions of his own and well over 150 stakes winners.

Editor’s Note: This story originally was published in 2015 and has been updated.